You are here: Home / 2020 / January / Global warming: businessmen and central bankers come to the rescue

Figures on global 2019 climate have come in and global warming does not seem to slow down. Many new records were set, like that on ocean water temperatures. That 2019 is not the hottest year on record is only due to a very slight El Niño effect in 2019 (as opposed to the hottest year on record, 2016). As UNEP reports, the 1.5oC climate target is ‘slipping out of reach’. 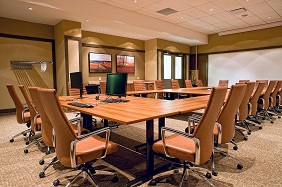 Global warming has come to the boardroom. Photo: Needpix.

One should always be cautious to take one’s own experiences as proof. But I cannot help noticing that we haven’t had a proper winter in the Netherlands over the past two decades; winters are increasingly like prolonged autumns, and spring flowers have started to bloom already in January. I read that in the Alps, people have started worrying about a lack of snowfall, which would destroy their livelihood. Just a few features that make me wonder how honest and well-educated people can still doubt the severity of global warming. If still in doubt, please check this cartoon that appeared on grist.org. And last November, the Scientific American noted that in 2019, ‘scientists’ warnings about climate change have intensified’. Will world leaders finally listen? the magazine wonders.

The answer is yes! World business leaders gather again in Davos as I write this column. Their Davos risk report lists global risks each year; for the first time in the 15-year history of this report, the top five global risks are all environmental, of which three (and probably four) are man-made. Got it? Global business leaders who judge that sustainability is their primary concern? These risks are:
– extreme weather events with major damage to property, infrastructure and loss of human life;
– failure of climate change mitigation and adaptation by governments and businesses;
– human-made environmental damage and disasters, including environmental crime, such as oil spills, and radioactive contamination;
– major biodiversity loss and ecosystem collapse (terrestrial or marine) with irreversible consequences for the environment;
– and major natural disasters such as earthquakes, tsunamis, volcanic eruptions, and geomagnetic storms.
Still, it is a matter of debate whether a disaster like the Australian bushfires is a one-on-one result of global warming. As Roger Pielke notes, many other factors contribute to this, like ‘urban planning, building standards, habitat restoration, biodiversity and species preservation, and land, water and wildlife management.’ But how comforting is this perspective? All these factors are man-made. 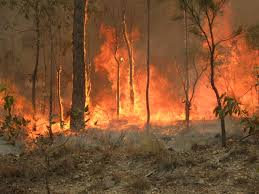 Dutch newspaper NRC reported that all of a sudden, central bankers have become concerned of climate change by events like the Australian bushfires. Really? Central bankers who address global warming? Yes, as the article explains, global warming could disrupt the entire financial system. Insurance companies are confronted with a growing, and possibly unpredictable financial burden because of fires. The damage done by hurricanes is spiralling out of hand. Payment systems are dependent on an uninterrupted supply of electricity – and if disasters disable electricity supply, all of a sudden the entire economy has to revert to cash. It is telling that the next climate ambassador for the United Nations will be a central banker: Mark Carney, the present Governor of the Bank of England.

But a quantification of the risks that banks run because of global warming proves to be very difficult. The Bank of England has not yet finalized its climate stress test and plans to run the first in 2021. Dutch central bank DNB calculated climate risk for the entire Dutch banking sector to amount to € 160 billion; but it has not enough confidence in its calculations yet to decide whether individual banks would ‘pass’ or ‘fail’ such a test. European Central Bank ECB now discusses an ‘analytical framework’ for climate stress tests. Its new director Christine Lagarde would like to go a step beyond this and consider a ‘green’ monetary policy. Getting rid of loans to ‘dirty’ companies and supporting ‘sustainable’ businesses. Her critics fear overburdening monetary policies, by adding goals like ‘saving the planet’ to the core of monetary policy: safeguarding financial stability. But as others put it, by its statutes ECB also has to contribute to ‘a high level of protection and improvement of the quality of the environment’. It could start right away by taking corporate CO2 footprints as a guideline for the acquisition of bonds. But it might take some time for all 25 member of the ECB board to support such plans.

Interesting? Then also read:
Climate discussion lacks sense of urgency
From energy transition to precision economy
Stepwise changes, a ray of sunshine in the climate debate