Another major study on neonicotinoids (neonics) was published in Science, last month. It sparked vehement comments from groups like Greenpeace and Friends of the Earth who want no neonics, as the study seems to show that ‘neonicotinoids negatively affect pollinator health…’ (according to the press release). But upon closer inspection, this is just another study with inconclusive results; it will therefore not end the debate. 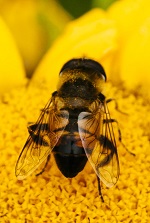 From bad to worse

The study was intended to close the gap between lab studies, that use high doses of neonics in unnatural circumstances and generally show much effect, and field studies that generally show little effect. But did it succeed in this goal? The reception of the study itself gives us some insight into the social mechanisms surrounding neonics. Friends of the Earth, who want no neonics, uses the headline ‘Landmark study confirms neonicotinoid pesticides harm bees’ (but give very little information on the study and concentrate on their own negative comments). This would seem to be based on the line just cited from the press release. But the abstract of the article is much less outspoken already: it reports a ‘reduced capacity of bee species to establish new populations in the year following exposure’. This in itself is a serious issue. But then, the Science article itself makes clear that this reproductive capacity is just one of many items studied, some of which even showed a positive effect of neonics on bees. Then we should also note that the study investigated effects in three countries; the UK, Germany and Hungary. UK effects (which were mixed) should have been disregarded altogether for methodological reasons, because an unusual number of hives (even in the control group) were affected by the Varroa mite, bees’ generally acknowledged most important enemy. In the two remaining countries, negative effects were found exclusively in Hungary, whereas in Germany any effects found were positive (i.e. neonics appeared to have a positive influence). Finally, the Genetic Literacy Project, never failing to defend neonics, dug into the underlying data and found even more troubling information. The site points out that of the study’s 258 parameters, 4 yielded no data, 9 showed negative effects, 7 showed positive effects and the vast majority, 238 parameters, showed no marked effect at all. And the paper in Science does not even indicate this background information. In each step of the publication of the results, a big amplifier is put on any negative message: from results to Science article to abstract to press release to reception by no neonics groups. So all in all, what remains standing upright of Friends of the Earth’s claim that the study ‘confirms that neonicotinoid pesticides harm bees’? 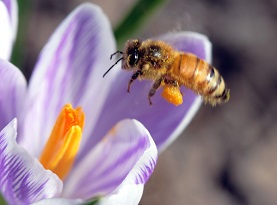 Some negative effects do exist

Science cited Tjeerd Blacquière, a bee researcher from Wageningen UR, as commenting ‘we learn again: it’s complicated’. I was eager to hear some more detail and called him. He agreed that the European study is not very conclusive on the effects of neonics on pollinating insects. But then he moved on to highlighting the results of a simultaneous and comparable study in Canada, that did show troubling results. As its abstract says, ‘neonicotinoids increased worker mortality and were associated with declines in social immunity and increased queenlessness over time.’ Conditions of neonics use are much different in the US and Canada from those in Europe, Tjeerd went on to say. And the study shows the effects. In the EU, seed coating has to be high-quality by regulation some 6 years old in order to prevent coatings dusting off during plantation; and seeds have to be planted with equipment that releases as little as possible of the coating. If this is not taken care of, 10-15% of the neonics may disappear in the form of dust clouds, also affecting wild plants. And as in the Ontario region, where the Canadian study was conducted, vast areas are covered with corn and soy that are almost all seed coated with neonics, there may be no neonics-free plants in the entire region. The results of this study seem to indicate that this does have a measurable effect.

Realistic field studies are important, Tjeerd stressed. A recent, yet unpublished study by him and colleagues, concludes among others: ‘Because of temporal non-coincidence we conclude that declines of wild pollinators and of honeybees are not likely caused by neonicotinoids’ (in the area studied). Many studies showing much effect have little relevance in actual practice because of unrealistic restrictions on animal behaviour and unrealistically high doses. But then, the question is what to do with the results. The comparison between the Canadian and the European studies indicates that the mode of use may be more important than the nature of the insecticide itself. Americans might have to consider European precision practices. But as to the question of neonics as such? Would the issue be no neonics, if negative results would show up? Because of Europe’s temporary ban in the past few years, European farmers moved to other insecticides, primarily pyrethroids. Environmental studies show that these have similar environmental effects compared to neonics; but the effect on the farmer’s income is negative. The sum of these effects is negative. So the pressing question is: what will the effects of a ban on neonics be in actual practice? And isn’t that the real question: no neonics? And then what?

Interesting? Then also read our columns:
Bee colony collapse: will we ever know the true causes?
Regulatory process of insecticides: let’s apply some logic and social science