You are here: Home / 2017 / June / Biologists need to know about programming

In an interview about digitization of education, Onderwijs moet de voordelen van ICT gebruiken, published in the Dutch newspaper NRC, May 8th, 2017, the president of the Dutch Education Council, also a professor educational economy, was asked whether programming and coding are part of digital skills. Her answer: ‘No. After one year you can discard the acquired knowledge, because it transforms again and again…. Teaching everyone programming and coding is a one-sided approach of the shortage of IT personnel.’ 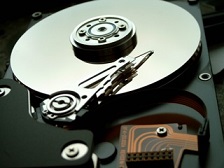 In our society, programming shows up everywhere

For an educational economist this seems to me a typical and rather trivial answer. But for the president of the Education Council this answer is downright annoying. Learning how to program is not just learning a programming language. It is about how to use computers to find solutions for problems, and learning how to think logically and structurally to solve problems. It is knowledge, not a skill.

Think about it, and you realize that programming shows up everywhere in our society. Once in a while I’m requested to fill in an online questionnaire, but in most cases the questions are illogical, incomplete and incomprehensible. It looks like the author was not able to program the right questions in order to obtain the right answers.

Does this seem to you like a far-fetched example of the added value of programming knowledge? Here’s another example, connecting Biology with Information Technology. Life itself is programmed in DNA-molecules, and Microsoft conducted early research to store movies and documents in DNA using the underlying biochemical principles. The reason for this research is that, based on the laws of physics, DNA is the densest known storage medium in the universe, and as such can solve the exponential growth of stored information. Microsoft is said to have formalized a goal of having an operational storage system based on DNA working inside a data centre toward the end of this decade. Read the Microsoft-article in MIT Technology Review. 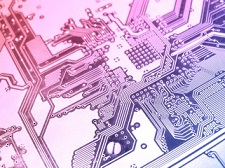 Microsoft currently works with Twist Bioscience, a DNA manufacturer located in San Francisco. Twist is one of a growing number of newly formed companies trying to improve DNA production. These companies know how to synthesize DNA fast, efficiently and faultless, combining the 40-year-old chemical process used to make DNA with the latest IT-technology. It’s why a number of these DNA manufacturing start-ups in America are located in Silicon Valley.

But still you need biologists and biochemists to program the DNA into molecules that can come to expression when placed in bacteria or yeast, as already done by companies like DSM. These experts know how to logically define a bioprocess and to translate such a process into one that can be used to make products like drugs and chemicals, or, in the Microsoft-example, to store or to read information using a bio-molecule. Programming is very relevant in these processes, just as it is in many other applications that keep our society going.

Don’t be overtaken by the foreseeable future

A new strategic program like the Next Education program that is currently being developed within the Roadmap Next Economy for the metropolitan city region Rotterdam The Hague should therefore include essential and relevant knowledge of programming that is essential for the near future, regardless of the current existing need within only the IT industry and the business community. Because when government policy, like the cited president of the Dutch Educational Council, doesn’t anticipate future needs this will result in young people not only being ill-equipped to fulfil future needs, but also not being able to comprehend the huge impact that programming has on their society.

In that regard the statement of the Education Council can indeed be seen as a self-fulfilling prophecy. Not anticipating future developments, such as in the field of synthetic biology, will indeed result in that you are overtaken by events all the time.