There is a firm trend for centralization in decision making in our society. National governments increase their power at the expense of communities and counties; and Europe acts for more

Sorry, this column on Dutch innovation policy is only available in Dutch. 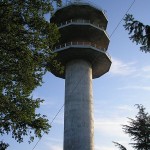 Even though our highly technological society is vulnerable, this state of affairs is not much addressed by politics or societal debate. And vulnerable we are indeed. Think of the millennium

Five years after the Lehman Brothers bankruptcy, nothing has been done yet on the set of measures which were thought to be essential at the time; measures which boil down

In our minds, Photanol is one of the potential winners among start-ups, the company owned by professors Joost Texeira de Mattos and Klaas Hellingwerf of the University of Amsterdam. Their

We are not heading for the biobased society as a part of the sustainable economy because the fossil era is nearing its end, or because we would be short of

Biobased polymers will triple in capacity to 12 million tons by 2020. That will equal 3% of total polymer production. The most important biopolymers will be biobased drop-in PET and 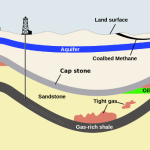 Shale gas is not a threat, it is an opportunity. The whole world will benefit from US coal fired power stations to shift to natural gas, thereby appreciably reducing their