You are here: Home / 2013 / March / Biobased polymers will make a breakthrough within ten years

Biobased polymers will triple in capacity to 12 million tons by 2020. That will equal 3% of total polymer production. The most important biopolymers will be biobased drop-in PET and PE/PP, and new biopolymers like PLA and PHA. Hardly any new production capacities will be constructed in Europe – we are too costly – but mainly in Asia and South America. According to a recently published report by German nova Institut. They predict the largest increase for drop-in biobased PET. 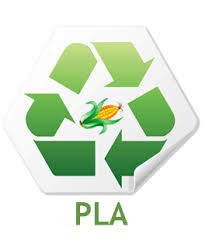 In a very elaborate study on biobased polymers – nova claims this to be the most comprehensive and careful study so far on this subject – the German institute pictures a complete review of the biobased polymers sector, including feedstock, building blocks, markets, technology, land use, legislation etc. Biopolymers which will be used in combination with starch plastics are not taken into account, and neither are biopolymers in inks, glues and paint, and products like regenerated cellulose and natural rubber, in order to avoid double counting.

Building blocks
Nova included (biobased) polymers PBS and PBAT in its study, although at present their production is almost entirely fossil based at present. They expect production of their building blocks succinic acid, adipic acid, butanediol (BDO) and terephthalic acid to be almost entirely biobased by 2020. These biobased building blocks might then be cheaper than their fossil based counterparts. Polybutylene adipate terephthalate (PBAT) is an interesting example, as is polybutylene succinate (PBS); until now, these polymers are produced from biobased feedstock in small amounts, and them mixed in order to improve other biopolymer’s properties. Their building blocks can be produced both from fossil oil and from biobased resources, and biobased succinic acid is already cheaper than fossil based succinic acid. That explains the major interest in this product, difficult to produce from oil, but thought to become a major product when biobased. Succinic acid in turn is a feedstock for butanediol, and therefore the this biobased pathway to butanediol depends on the price of biobased succinic acid. But butanediol can be produced directly by fermentation as well, and some companies do so already. In producing and processing these polymers (PBAT and PBS), industries might increasingly be able to choose between biobased and fossil based. That will not be easy, but it is interesting, as it defines a battle ground between drop-in biopolymers and the old order of fossil based polymers. Competition will be both on price and on extra ‘green’ quality. As nova sees it, the authors expect biobased alternatives to gain the upper hand by 2020. PBAT for 50%, and PBS even for 80%. Drop-in biopolymers biopolyethylene (PE) and biopropylene (PP) will not achieve those percentages yet, then. But changes might be swift, if and when the green consciousness makes an breakthrough, and if government regulation would offer some help. 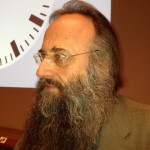 Growth
World polymer production capacity totalling 400 million tons by that time, the share of biopolymers will increase from 1.5% in 2011 to 3% in 2020; their volume increases faster than that of fossil based polymers. These dynamic growth figures indicate that biopolymers are indeed the polymers for the future, according to Michael Carus, nova Institut’s director. ‘Nobody would have thought, five years ago, that bio PET would be the fastest growing commodity in this group of products, as the result of the action of just one brand owner,’ says he. ‘The same might happen just with any other biobased polymer.’ For instance, if the shopping bags, produced on a large scale from fossil feedstock, would be abolished.

Drop-in biopolymers, chemically equal to their fossil-based counterparts, will grow fastest. Partly, they are produced from bioethanol. Biobased PET is among the most prominent in this category. The second most important class of biobased polymers to increase in volume is the polyolefines PE and PP, produced from bioethanol as well. The ‘really’ new biopolymers, like PLA and PHA, will even grow faster and will quadruple in production capacity over the next ten years, even without the support of a similar ‘supply chain’. 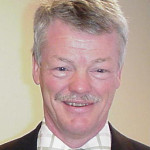 Europe is too expensive
By far the largest share of this new capacity will be constructed in Asia and in South America. ‘Not in Europe,’ says Jan Ravenstijn, a Dutch consultant on biopolymers, who as an external consultant made an important contribution to the nova report. A contact group from industry also contributed. Although Europe is strong in research and development, and even pilot plants are constructed here, most production facilities will not be come on stream in Europe. According to Jan Ravenstijn, who had talks with members of the European parliament and the European Commission, Europe is too expensive (labour, energy, feedstock), and there is a complete lack of industrial policy in this area. Consequently, according to the nova study, the European share in new biopolymer capacity will drop from 20 to 14%. ‘Companies in Europe do want to expand here, they do their developments here, but they apply their technology elsewhere. Like in the US for example, where,’ according to Jan Ravenstijn, ‘even though markets are under the influence of a glut of shale gas, developments in ‘white biotechnology’ will continue as usual.’