You are here: Home / 2013 / March / Local democracy and taxation in a biobased society

There is a firm trend for centralization in decision making in our society. National governments increase their power at the expense of communities and counties; and Europe acts for more ‘harmonization’ of national regulation. As a result of this process, local democratic power diminishes. A trend that will be radically reversed in the circular economy with its heart in the region – the biobased society.

This article is based on trends in public government in the Netherlands; in other countries, trends might be different. 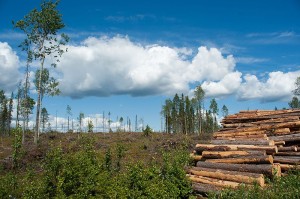 No representation without taxation
Some might retort: do not we on the contrary, witness a decentralization trend nowadays? National government transfers many tasks to municipalities, like execution of social services legislation. But this concerns the execution of these regulations, not decision making on them. Local bodies execute an increasing number of public tasks, but these are funded by the national government, and strictly regulated by it. National government confines local decision making by means of the so-called golden threads, i.e. payments from the national treasury to be spent only in accordance with very strict rules. In order to prevent funding for education to be spent on environmental control, or vice versa.

Communities have very little latitude for policy making of their own. They can only do so on the basis of money of their own – and precisely that is what they hardly have. National regulation has restricted local taxation to a large extent. Just a tiny fraction of local income consists of money ‘of their own’, the Dutch communities’ average is 10%. And who pays, decides. Therefore, a well functioning local democracy needs local taxation. Reversing the American liberation slogan at the ‘Boston tea party’, ‘No taxation without representation’, we might say now: ‘No representation without taxation’. 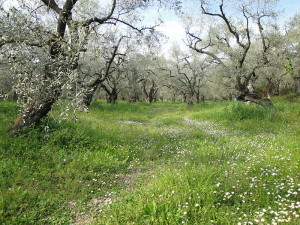 … and Greek economy on olive oil. Like in Antiquity, but on a much higher technological level.

Towards more regional autonomy
A circular economy will characterize the biobased society to a large extent: the region will generate much value itself, and process it as well. The precise makeup of these processes are dependent to a large extent on local soil structure and local climate, which will determine which crops regional farmers will grow. Wood will dominate Finnish economy, and olive oil Greek economy – just like in Antiquity, but on a much higher technological level. This basis might influence education, environmental control, family relationships, and social security. Taking this into account, the European project can only succeed when it leaves room for local accents, within a framework of counteracting unfair competition. Room, stated more precisely, defined by local taxation, and by autonomy in spending local money.

Many people would feel that optimal governance requires that they have a direct say in it; this promotes centralization in our society. Central taxation generates large central funds – and who would want to deny the men and women, called to the high duty of administering these sums, their responsibility for its proper spending? But we need precisely to reduce these large sums that are held in central places. The success of a European democratic biobased society requires a broader basis for local taxation.