You are here: Home / Public-private partnerships

If we could really succeed in establishing a sustainable production chain of concrete, it would be more effective and cheaper than solar and wind power. An example of the potential 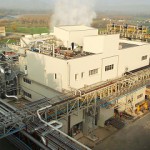 Whereas world capacity for biobased chemicals and materials is rapidly growing, Europe clearly lags behind. Lux Research, a Boston based company, expects a doubling of global biobased capacity in 2017 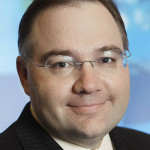 Whereas last year, EFIB was still under the aegis of high hopes on this new phenomenon, the biobased economy, this year in Brussels the main sentiment was ‘this is the

Synbra Technology, an Etten-Leur (the Netherlands) based company which produces sustainable bioplastics, is small (90 employees); but as a part of Synbra Holding (26 branches throughout Europe) it is a

Annita Westenbroek: biorefinery is at the heart of the biobased economy

Annita Westenbroek, director of the Dutch Biorefinery Cluster, a partnership of agricultural and biobased industrial companies, holds the opinion that the Netherlands can easily produce enough biomass to feed the

Lubbert Dijkhuizen, a man of many research projects

Biotechnology and Microbial Physiology is one of several chairs held by Lubbert Dijkhuizen at the University of Groningen. Enzymatic modification of starch is one of his many research projects, in

The Carbohydrate Competence Centre performs in-depth scientific research on carbohydrate synthesis, modification and degradation. CCC thus aims to generate and develop high-quality knowledge in the field of carbohydrates, to stimulate

Wageningen UR is the focal point of the strong Dutch knowledge base in agribusiness. Traditionally, there has been a strong connection between Dutch agriculture and knowledge development; Dutch farmers and

API, Cumapol: biobased is a megatrend in polymers