Whereas last year, EFIB was still under the aegis of high hopes on this new phenomenon, the biobased economy, this year in Brussels the main sentiment was ‘this is the time for Europe, otherwise others will take the lead’. There were good reasons for those ideas. And there were solutions. 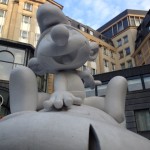 EFIB being held in Belgium, the conference’s reception was appropriately situated in the smurf museum (officially named Musuem of Original Figurines)

Early October at the most important European forum for industrial biotechnology, many companies were very worried. They were worried about genetically modified organisms that are actively discouraged by Europe; which does not prevent researchers and industries to deploy them at a large scale, even in Europe. They have to use this technology because they have many other subjects to be worried about. Like: the (very) high energy prices in Europe as compared to the United States, an all but uniform (rather totally fragmented) licensing policy in the field of the construction of new biotechnological installations, a lack of investment capital (again in comparison to the United States), and finally the lack of understanding by the European population of the urgent need for this industrial, economic and social revolution.

Brilliant minds
Some would despair, confronted with these odds, and yet there was a positive mood at EFIB. Surely, companies that work with genetically modified organisms have major problems, at least in Agro/Food – the European Commission discussed for hours about this subject in a parallel session without coming to conclusions – but at EFIB, participants kept their heads cool. Chemical and pharmaceutical industries just use these technologies, and as long as the modified organisms do not end up in the environment, nobody really worries. Bu that is an oversimplification. BASF recently shut down an entire European unit that researched genetically modified potatoes – the first European licence in green biotech – with a very high protein content (the subject of research at AVEBE as well, before they succeeded to produce these potatoes along another pathway). At this occasion, Europe meowed that ‘it is essential that we do let such brilliant research minds go just like that’. ‘Crying over spilt milk,’ according to me.

But at EFIB, the mood was positive, in spite of these problems. For the biotechnological sector does represent a turnover of at least € 200 billion in Europe by 2020, leading to one million new jobs between 2010 and 2030, in particular in agriculture and related SMEs. A sector that will reduce European imports, and that will result in a reduction of greenhouse gas emissions of at least 50% compared to fossil products. Results that quite merit some involvement.

Impossible, just two years ago
Europe makes its contribution, devoting one billion Euros to BRIDGE, and industry adds three times as much to that. Even more interesting is that Europe, according to Antonio di Giulio of DG Research & Innovation, will try to establish a uniform regulatory framework, and that industry itself will organise the distribution of the funds for the demand-driven research. For that goal, it has erected a consortium now comprising 50 companies and an equal number of research institutes (headed by Marcel Wubbolts, DSM’s CTO). That is a breakthrough in cooperation, both from  the side of the Commission and from that of industry. European unity at last. Just two years ago, this would have been impossible. BRIDGE will be discussed in the European Parliament by the end of 2013, and it will start immediately afterwards, followed by the consortium. 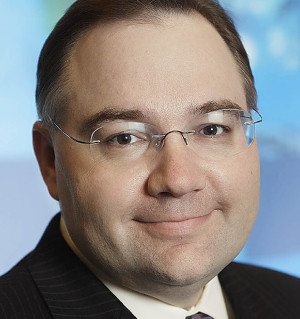 Stephan Tanda, board member of DSM

The US has better energy prices because of their shale gas, and a better capital supply in their aggressive capital market. But even so, in Europe too, companies can secure funds that will help them overcome the valley of death. This was shown by both BioAmber (although it will construct a commercial plant in Canada) and Avantium (that will possibly invest in the US). But the willingness of capital suppliers to invest in both companies was remarkable, to say the least. And take Frédéric van Gransberghe’s story, the CEO of Galactic. He even holds very positive views on Europe. Together with its partner Total, Galactic produces lactic acid (LA) and polylactic acid (PLA) in their joint venture Futero. The company has even succeeded in producing its plastic in one step from sugar by fermentation (like polyhydroxyalkanoates (PHAs)). This is completely new. Van Gransberghe saw many advantages in Europe. It is ‘the right location’ because it is close to the market, because it has a large supply of biomass (first generation), produced with high yields, and because production of biomass for chemicals and materials requires little land. ‘Energy is still a problem,’ he conceded, ‘but we are developing cheaper options.’ And Lars Hansen, President Novozymes Europe, said: ‘Talking about Europe, my CEO was never interested. Now I have his attention, but I want his excitement.’

A good cause
The man who voiced best this mood during the closing session was Stephen Tanda, board member of DSM. ‘What we need is clarity,’ he said, ‘both from Europe’ – stable regulation for the next ten years, according to someone else – ‘and clarity in our own attitude towards our customers. They do not understand us, even though Europe is the most sustainable continent. Therefore, we will have to be clearer. But we have a good cause, we will have to move from fossil to green. That is the most important for our planet.’ And, finally: ‘We will have to move on, the place gets warmer.’