A number of powerful people has embarked on a mission to defy death. The most recent among these is Jeff Bezos, former CEO of Amazon and one of the five richest people on earth. He was preceded by George Church, successful entrepreneur and a biotechnologist at MIT. An interesting thought, to beat ageing and maybe ultimately defy death. But could these people possibly succeed? 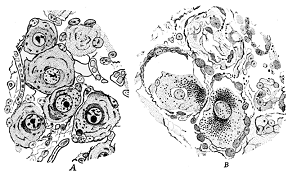 The effect of ageing on cells. Photo: Wikimedia Commons.

A phenomenon essential to life itself

Jeff Bezos, not particularly well-known for his generosity, has invested billions of dollars into the anti-ageing company Altos Labs. Focused, as they say, on ‘cellular rejuvenation programming to restore cell health and resilience, with the goal of reversing disease to transform medicine.’ To ‘reverse disease’, particularly through ‘cellular rejuvenation’, ambitious, eh?

Ageing is deeply rooted in the cellular processes of the body. As we age, the ability of our cells to divide into other cells dwindles. From about 80 to 90 times in a new-born baby to about 20 times in elderly people. We can also witness ageing in our cells’ DNA. As an article in The Conversation explains: ‘Repeating segments of DNA called telomeres act like the plastic tip of a shoelace, preventing the twisted coils of genetic material from fraying at the ends or knotting together. But these telomeres shorten each time a cell divides. We don’t know if short telomeres are merely a mark of ageing, like grey hair, or are part of the process by which cells age.’ But interestingly, such telomeres shortening doesn’t happen in cancer cells – a contributing factor to their apparent immortality.

The underlying question in this research is: why do we age? Science now seems to develop some answers to this question. The oldest theory was developed as far back as 1882 by August Weisman; the father of the damage-accumulation theory. Each time cells divide, errors sneak into the process. At the end of our lifespans, these cannot be repaired anymore by the body. Later, in 1954, Rebeca Gerschman and Daniel Gilbert developed the free radical theory of ageing. Free radicals are natural by-products of breathing and metabolism and build up in our bodies over time. They are well-known to be very reactive. Denham Harman theorised that because both cell damage and free radicals increase with age, perhaps free radicals cause the damage. If we should wish to defy death, we should destroy free radicals in our bodies.

But a more recent theory proposes that growth enzymes, particularly one called TOR, will turn counterproductive as we age. In early life, we need enzymes like TOR for our development and sexual maturation. But TOR is not needed in such high levels later in life. In fact, hyperfunction (overactivity) of TOR is related to many diseases including cancers. It has been shown that hyperfunction of TOR reduces protective mechanisms, like the production of antioxidants. In that case, damage can be seen as a result of hyperfunction of some genes and enzymes – not the cause of ageing, but the result of it.

Can we defy death?

Still, neither of these theories answers the bigger question: why do we age? And honestly, we don’t know the answer to that question. Evolutionists might argue that dying is of the essence to evolution. But as most of life on Earth doesn’t reach old age, that aspect may not be important. Then, maybe ageing might be a defence mechanism against cancer – anyway, becoming old and dying in the end is a good mechanism for preventing cancer to get the upper hand. 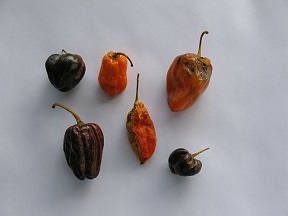 As we age, some of the body’s cells enter into a state called senescence, in which the cell stays alive but stops dividing. Over our lifetimes, senescent cells will accumulate. The effects, according to The Conversation, may be both beneficial and harmful. They are beneficial because they secrete chemicals that help repair damaged tissue. But as they increase in number, they can disrupt the normal structure of organs and tissues. And then, this might be the cause of ageing.

The ultimate question remains: what is the aim of research into the causes of ageing? Repair damage done, prolong life, if possible defy death? But here, we repeat an observation made earlier: should we like to live as a 130 year old in a body of a 22 year old? Without all ambitions that come with the age of 22? Like a drive to change the world, or just to impress others? Would we like to be a 22 year old physically, but forever pensioned? Wouldn’t we be bored to death?

We appreciate that some very wealthy people would like to defy death. The scientists they support might even make important medical discoveries. But we might best let them do. Take a wait-and-see attitude as they are playing around. For, as The Conversation also notes: ‘ageing itself is strongly linked to the way we are made. It is connected to our growth and sexual maturation. Maybe ageing is a price that organisms have to pay for surviving as a species.’

Interesting? Then also read:
Healthy aging and the science of living forever
Duchenne muscular dystrophy CRISPR cure: just for the rich and well-connected?
Can we engineer life? Gene technology is the key