You are here: Home / 2021 / November / RMI: decarbonize fast and profitably

For decades, the Rocky Mountain Institute (RMI) spread the message ‘that the energy transition will happen faster and be less costly than many people think’; in the words of CEO Jules Kortenhorst. And now, their predictions are becoming reality. In spite of suboptimal results of COP-26 in Glasgow. ‘The pace of the energy transition is becoming unstoppable.’ For results do not come from international agreements exclusively. 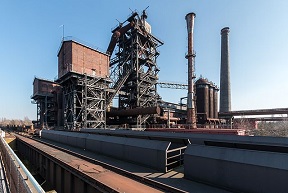 RMI founds its optimism partly on the active attitude of commercial businesses and financial institutions. Many pledge to play an important role in the climate crisis. ‘27 financial institutions that control more than $31 trillion in assets signed sectoral decarbonization agreements.’ The business community is on the brink of outpacing policy. Then, there is the unprecedented growth of solar and wind energy. This growth comes ‘with systems changes that are about to tip fossil fuels into permanent decline’. Finally, the supposedly ‘hard-to-abate’ economic sectors (industry and heavy transport, 35% of CO2 emissions) may just be ‘differently hard’. In June 2021, RMI devoted a report to these sectors: Profitably Decarbonizing Heavy Transport and Industrial Heat: Transforming These ‘Harder-to-Abate’ Sectors Is Not Uniquely Hard and Can Be Lucrative, 2021. Written by RMI cofounder and chairman emeritus Amory Lovins.

First: how can growth of renewable energy tip fossil fuels into permanent decline? Lovins makes an interesting case on this. He starts out by noting that many fossil-related parameters have peaked. ‘World coal use peaked in 2013…. Total auto sales fell 14%. Oil and total fossil-fuel use probably peaked in 2019. Capital fled. By mid-2020, the world’s top 16 listed hydrocarbon companies combined were worth less than Apple. Fossil-fuelled electricity peaked in 2018; Bloomberg New Energy Finance expects the power sector’s CO2 emissions never to recover to their 2018 peak.’

Then of course, renewable energy by itself continues to grow very fast, in spite of expectations to the contrary of many analysts. ‘Renewables (i.e. including hydropower, DH) added 90% of the world’s new electric generating capacity in 2020. They are expected to average 95% through 2025, and they produced approximately 29%–31% of the world’s electricity in 2020. Overtaking fossil-fuelled generation in Europe and both coal and nuclear generation in the United States. The cheapest unsubsidized 2019 wind and solar sold for a stunningly low $17/MWh, heading below $10 in this decade.’ So far, Lovins argues, renewables were mainly add-ons to fossil-powered electricity production. Now they are going to eat into the latter, and fast.

‘Coal, gas, and nuclear stations therefore struggle, with no business case to build and little or none even to run.’ They will be pushed out of business, Lovins argues. For renewable electricity will capture a growing market share; this will reduce the capacity factor (i.e. operating time) of conventional power stations. Their capital costs will have to be covered in a shorter operating time, pushing upward kWh costs. Thereby improving the business case for renewable energy once more. 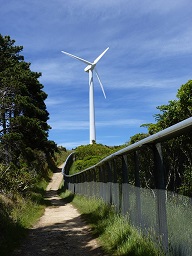 There is a second factor that will push fossil fuels out of use. As renewable capacity grows, there will be more intervals at which they cannot sell their electricity. Rather than being a disadvantage, this is another asset, says Lovins. For the surplus electricity will used to produce renewable fuels. Cheap, because the solar panels and wind turbines that produce them are already paid for. And operating costs are near zero. ‘Crediting that surplus flips the story. It reveals how to win the decarbonization endgame by displacing and undercutting fossil fuels in heavy vehicles and industry too, while creating a fat extra margin for renewable owners. Fossil-fuel game over. Thus cheap, ubiquitous, renewable electricity will enable and reward promptly electrifying virtually all fossil-fuel uses; either directly or by making renewable electricity into carbon-free hydrogen or ammonia.’

Of course, this will be a major factor in turning around the ‘hard-to-abate’ sectors of the economy. But still, many factors need to come together in order to make major changes.
– Battery costs are falling as rapidly as solar panel costs. This will have a major influence on trucking. Electric transport may be required for delivery vans in cities first, and then quickly spread to heavy transport. This is a sector with fast turnover and a sharp eye for the business case. Energy and materials efficiency are gaining importance as well. Trains and heavy trucking may eventually prefer green hydrogen.
– In aviation, energy efficiency is the name of the game. This may result in electrification of the sector.
– Likewise in marine shipping, efficiency may pave the way for new fuels like ammonia or hydrogen – ‘even ignoring the important potential for virtual travel, repatriated manufacturing, smart logistics, and intermodal shifts to reduce the need for transport’ (p.29).
– Industrial heat is dominated by two sectors: steel and cement. There is much room for energy improvements in these sectors. From better equipment design, process improvements and the use of other materials.

One might think that increasing electrification might pose a problem to solar and wind energy – can they deliver enough? But process improvements and conservation in end use sectors will reduce growth of electricity demand, Lovins argues. Like the rise of efficient vehicles, clean industries and structural materials. ‘As often before, we’ll learn that many problems look impenetrable until someone cracks them—often by restating the problem correctly, making its solution self-evident’ (p.31). Yes, heavy transport and industrial heat seem hard to tackle. But they are just ‘differently hard’. There is a ‘broad, deep and dynamic portfolio’ that waits for application, and we just need to open our minds to it. Then, a rather disappointing climate summit might lead to fast changes after all.

In 2016, we expected on this site that in 2040, the word would be able to cover half of its energy demand by renewable energy. Just on the basis of existing trends and the insight that developments wouldn’t slow down. But we may have been conservative. We might reach the 50-50 point even earlier. RMI has been in the forefront of elaborating this insight. Just like the recent RethinkX project. The project that predicts breakthroughs, not just in the field of energy, but also in those of food, transportation, information and materials,  We live through exceptional times. Again and again, the development is faster than we ever could have dreamed of.