We discussed the Bt eggplant project in Bangladesh in an article by Hans Tramper, 3 years ago. It seemed to be very successful. Recently, professor Anthony Shelton of Cornell University reported on the project. He was involved in it from the start, and visited Bangladesh in order to investigate how well the project fared. The article was published in American Entomologist and republished in Genetic Literacy Project. 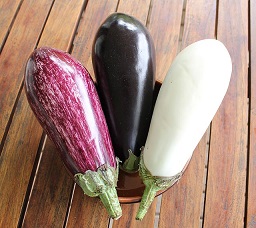 The Bt eggplant is an eggplant (aubergine) into which a gene from Bacillus thuringiensis has been inserted. It was developed since the turn of the century, in the aftermath of the successful Bt cotton. Hans Tramper described this in detail. Developers were the India-based company Mahyco and American counterparts: Cornell and Iowa Universities, USAID and USDA ARS. Eggplants or aubergines, called brinjal in Bangladesh, are a popular food in South-eastern Asia. But the eggplant is readily attacked by vermin, in particular by the larvae of Leucinodes orbonalis, the ‘fruit and shoot borer’. Traditionally, farmers can only control this harmful larva by spraying a lot with a broad-spectrum insecticide, notably containing organophosphorus compounds like malathion. In order to prevent crop failure, farmers spray a lot, often far too much, up to 20-70 times during the growth season. Nevertheless, all by its own this insect is responsible for a loss of 30 to 60 percent of the yield. The cost of insecticide use may be as much as 35 to 40 percent of total costs. On top of that come important effects, to the health of farmers and consumers, and to the environment, of such a treatment.

The researchers used a Bacillus thuringiensis cry1Ac gene, a verified safe gene, to produce an eggplant variety resistant to the harmful caterpillar. The Bt eggplant produces the specific Bt protein and in doing so, protects the plant. Farmers using this variety need to spray a lot less insecticides. The only reason for an occasional treatment is a possible attack by other insects like flies and spiders, but this results in much less use of toxic substances. Most other insects, and birds, mammals and humans, are immune to the Bt protein.

With a team, Shelton visited farmers in Bangladesh in order to establish how well the Bt eggplant project works. One meeting, Shelton recounts, was held on the farm of Mohammad Abul Hossain. He had grown traditional brinjal for years. ‘After recently seeing Bt brinjal production in a relative’s field, he decided to try it himself, a typical adoption scenario seen worldwide…. His enthusiasm for Bt brinjal was infectious. He told the audience, ‘I have sold about 8,056 kg of Bt brinjal,’ and ‘there was no [borer] infestation in my crop. I am expecting to harvest another 400 kg of brinjal from the field with the same result.’ In six months, he had earned about US $1,600 growing Bt brinjal on 0.6 ha of land and still had fruit in the field to harvest and sell for a higher price during the holy month of Ramadan. This was a princely sum for a small-holder Bangladeshi farmer. He was pleased not just by the amount of sales but also by the fact that he did not have to spray for the borer. 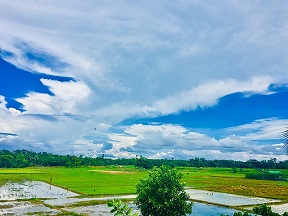 Leucinodes larvae make the eggplant fruit unmarketable and unfit for human consumption. Losses of more than half of the crop, up to 80%, in spite of treatments with insecticides, are quite common. Decades of traditional breeding were not successful in producing brinjal lines with sufficient resistance to these borers. In the meantime, spraying does much harm to farmers, who generally don’t wear protective clothing. Many farmers report health effects like headaches, eye and skin irritation, vomiting or dizziness. Even more serious are effects on children, who often assist in work on the land from 6 to 9 years onwards.

Growth of the program

In his article, Hans Tramper discusses how political developments and pressure from environmental groups halt the use of Bt eggplants in India and the Philippines. But in Bangladesh, development of the Bt eggplant project goes ahead. As the Minister of Agriculture Matia Chowdhury says: ‘As human beings, it is our moral obligation that all people in our country should get food and not go to bed on an empty stomach.’

In January 2014, Mrs Chowdhury distributes Bt brinjal seedlings to 20 Bangladeshi farmers. Although seed availability is limited, the amount of farmers in the Bt eggplant project grows steadily. In the 2020–2021 season, already more than 65,000 farmers grow Bt brinjal nationally. To this figure we must add the 15 to 20% of farmers who use seed saved from the previous season or provide it to other farmers. This adds up to about half of all eggplant farmers in Bangladesh. Studies demonstrate the economic and health benefits of Bt brinjal. In all studies, farmers’ income appear to grow appreciably (figures vary from 22% to 600% increase). Yields are much better (20-50%), and many more farmers are satisfied with the quality of their fruit (80 vs. 28%).

But will these results hold? What about sustainability? Won’t the larvae develop resistance to the Bt variety? Since 2015, the project has introduced practices to enhance the durability of Bt brinjal in Bangladesh. The seed distribution process is now accompanied by information about planting a border of non-Bt brinjal (refuge). Moreover, farmers learn how to control mites, thrips, and leafhoppers, which can reduce plant strength. Although farmers can save seed, they are discouraged from doing so because of the potential of outcrossing that could disrupt the scheme.

In addition to that, researchers need to keep developing new varieties. The larvae can mutate and become resistant to the presently used varieties. Breeding includes the development of second-generation lines with multiple Bt genes, resistance to bacterial wilt, and suitability for different growing regions and consumer preferences. Then, farmers need to receive technical training. And resistance needs to be monitored. Even though the present varieties show satisfactory results, integrated pest management is a field that requires continuous development.

Countries like Bangladesh still live under the threat of malnutrition; we therefore need to secure the success of these IPM programs. So far, crops like Bt maize and Bt cotton have been a success. They feed and clothe the population and bring benefits to farmers. Shelton wonders if IPM technology shouldn’t also be applied to other crops such as fruit and vegetables. Crops that are also essential for a healthy diet. We can imagine that such proposals would carry discussion on genetic modification to the next level. But at least, proponents can now point to the success of the Bt eggplant project.

Interesting? Then also read:
Can we engineer life? Golden rice
Psychology of innovation: biotechnology should learn to listen!
Pesticide resistance, a growing problem