In the tumultuous events in the medical realm in the second half of the past century, we witness a remarkable change: the position of high esteem of the individual doctor is being substituted by other professionals. The pole position is now claimed by scientists at universities and institutes, and even more so by the pharmaceutical industry. Apothecaries are among the first ‘victims’. Industry now takes care of preparation and quality control of medicines. Still, people adhere to the idea that we can cure illnesses with the appropriate medicines, and that people can unlearn bad habits. In other words, that life can be engineered. In some instances it might take a while before we come up with the solution, but you can count on us. They are underway.

Chlorothiazide, a diuretic. An obsolete sulfa, still in use because of its side effect.

Being and staying healthy

Unlearning bad habits needs to come with regular controls. Regular control of blood pressure is among them. The next step being the prescription of anti-hypertension medication. These are the sixties, the era that witnesses the advent of treatment and prevention of heart attacks and strokes. Shortly afterwards, doctors begin prescribing medicines without any condition present; in order to prevent any disorders. The start of the era of moneymaking and big pharma. For all healthy human beings are potential patients. Even more so, they already are patients, for they will have to take medicines in order to stay healthy. This marks the start of a large number of medicines that are supposed to protect heart and arteries. The diuretic chlorothiazide is an easy example; it is still in use, based on the side effect of one of the common sulfas: excessive urination.

The invention of beta blockers, the first of which is propranolol, turns preventive medication into a real success. Propanolol is based on an investigation of the action of adrenalin on the heart muscle. Now we are familiar with a whole series of beta blockers, atenolol being one of the leading medicines. In addition to that, we developed new categories of cardiovascular agents, like the hypertension controlling ACE inhibitors. These have been derived from the action of snake venom, that can cause a sudden and fatal lowering of blood pressure. Well-known medicines are Captopri, Enelapril and Lysinopril. Many elderly people are cuddled into reassurance about the quality of their lives, if they would only take their daily dosage of the cardiovascular trio. That consists of a beta blocker (often combined with a diuretic), an ACE inhibitor and a form of the common aspirin. And the doctor may add hypertension medication if harm should have been done already.

In the nineties of the past century, we witness similar events in the prescription and taking of cholesterol lowering medicines. 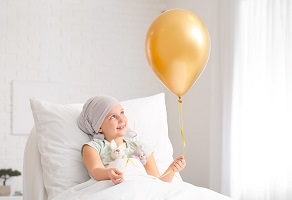 The research on curing cancer is a painful example of scientific and industrial  overconfidence. Photo: Shutterstock 188449392.

Life can be engineered

The pinnacle of optimism might be the ‘cure’ of child cancer (leukaemia), with 1971 as its pivotal point. We could fill a library with a description of all research. But what strikes primarily is that at that time, researchers have only a very patchy idea of the mechanism of cancer; almost all research is trial-and-error based. For instance, the deadly effects of mustard gas have been the inspiration to some of the research. Moreover, many medicines used are highly toxic. In the end, we discover a combination therapy that needs to be sustained at full strength for quite some time. Many children with cancer appear to be able to survive on that treatment for 5 years or more: 50% in 1971, increasing to 71% in 1993 (coming from 0.07% in 1962).

The Nixon administration uses this as the argument to start a multi-billion research program on the war against cancer. The main result being that such a treatment will extend life with several months or maybe a year. But with a questionable quality of life; we may also raise questions on the ethics of the research and of the researchers. The very cumbersome development of the cancer research should have warned against the concept that life can be engineered. But events seem to show an effect to the contrary. Research is being done with much zeal, bordering on eerie fanaticism. 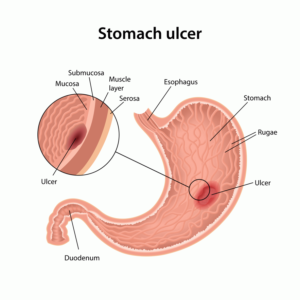 But then, researchers discover the cause of ulcers and develop very effective medicines for that condition; and all optimism returns. The idea that ulcers could be caused by a bacterium has been dismissed for a long time as being unthinkable. No bacterium would be able to survive in the very acid stomach. Ulcers, heartburn and related problems of digestion, people think, are caused by eating too quickly, a lot of stress, fear and nervous behaviour. That is the common explanation, and the nickname manager’s disease shows it clearly. But in 1984, the Australian doctor Barry Marshall shows convincingly, having experimented on himself, that the bacterium Helicobacter pylori causes stomach conditions. He was led to this conclusion by the discovery that this bacterium is present in the stomachs of 100% of his patients suffering from gastritis or an ulcer. In retrospect, we find that the presence of this bacterium in the stomach has been proven before 1900 already. Marshalls colleague John Robin Warren rediscovers the bacterium in all his patients suffering from stomach problems, and by doing so inspires Marshall to draw the correct conclusions. Together they are awarded the Nobel Prize for medicine in 2005.

In this discovery, chance again plays an important role. In order to obtain enough bacteria for his experiments, Marshall needs to grow them in a petri dish. But he doesn’t succeed in growing them. Until, in an Easter holiday, the dishes are left to stand for 5 days instead of 48 hours. And suddenly there appears to be a lot of bacterial material.

Now, we have a fine supply of medicines that can attack this bacterium as well, by chemical means. Each of them is an example of how we can overcome a difficult condition through molecules designed and produced in the lab. Antacids reduce the symptoms, and antibiotics produce full recovery. Well-known names are the rennies, gaviscon, ranitidine (Zantac, for years at a stretch a major money maker to Glaxo-Smith-Kline, GSK), cimetidine, famotidine, (es)omeprazole and the antibiotics amoxicillin, metronidazole or an erythromycin.

Now we know how the bacterium can survive in the acid environment of the stomach. It lodges in the mucous membrane of the stomach. It has four to six tails, and in turning them around it can keep at a distance the acid stomach fluid, nestling deeper into the stomach wall in the meantime. Moreover, it can determine the acidity and produce major amounts of ammonia that locally neutralizes the acid. The infections damage the stomach wall; resulting in ulcers or cancer of the stomach. The latter, if it should be timely discovered, can also very well be treated with the medicines mentioned above. On the other hand, there are clear indications that the presence of Helicobacter pylori will protect the oesophagus from being affected by adeno carcinoma.

The heydays of the optimism stretch well into the seventies. It seems that life can be engineered. Then, new developments will turn the tide.