You are here: Home / 2015 / February / Psychology of innovation: biotechnology should learn to listen!

Public judgement surprises biotechnological researchers again and again. Sometimes it is surprisingly favourable, like in the case of the development of artemisinin, an anti-malarial drug, using modified organisms. Often it is unfavourable, like when public judgement was squarely negative on cloned animals like Herman the bull and Dolly the sheep; and quite recently at the upheaval on Isobionics’ fermentative flavourings. But the psychology of innovation is unrelenting: researchers develop their product for the good of the public; it is their judgement that counts. Researchers will have to learn to listen: with their hearts, with their moral senses. Gamma will have to support beta in doing so; and the betas will have to start to ask meaningful questions.

This is the first article in a series on public acceptance of biotechnology in food production. The articles appeared on 18 February, 2 March, 3 March, 10 March, 15 March and 27 March. 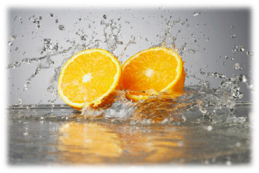 Bringing new products or concepts to the market resembles running the gauntlet in many ways. Invariably, there are many more obstacles than foreseen and they arise from unforeseen angles. That has never been otherwise. Therefore, that also holds true for the realisation of the green economy and the development of products of synthetic biology. In five years’ time, the world will be entirely different, biologists tell the Dutch chemical magazine C2W, at the occasion of an overview that shows relatively little products that conquered the market. It sounds as if they had to swallow disappointment. And not so for the first time. The promises of genetic therapies and food revolutions have not come true to an appreciable extent. And all of a sudden, discussion arises on Isobionics’ fermentative flavourings. Is it all right to call them natural? The green economy runs into all kinds of difficulties, a few years ago it was shale gas and now the sharp decline in oil prices. Never a dull moment.

The promises of biotechnology are manifold in the eyes of the researchers, and of the marketers they hired. There is a great number of advantages in the green economy and in synthetic biology. Often, the common denominator is: more and better results from less inputs; less energy, fewer resources, less waste, better selectivity, smaller doses, less land used, and in the end even cheaper to the consumer. The flavourings produced synthetically by microorganisms are entirely equivalent to the naturally produced substances (but beware: saying that they might be better will raise eyebrows). They are not dependent on the growing season, do away with the need to grow crops on large areas, prevent the production of much waste and do not ‘allow’ neighbours to smell the same ‘wonderful’ smell that will bore ad nauseam after many months. 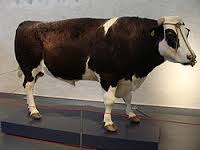 Modern biotechnology offers wonderful views. Nasty terms like genetic modification are not needed any more; at least the researchers have stopped using the term. But have we sufficiently informed the consumer on the why and how? The consumer is always right, is not it? Some well-applied pressure on the introduction of new products will benefit all, at least in a prosperous Western economy and increasingly so in Asian economies as well. Take for instance the baby milk scandal in China and the problems with fish quality in Japan. These are problems that we will have to cope with. Without pressure from the public and NGOs, we might have seen meadows full of GMO bulls and sheep. Or we might have produced embryos on a large scale, in order to mine stem cells. The lay people have stopped scientists going there, in the vein ‘why for Christ’s sake cannot you come up with something else?’ On a deeper level, the questions raised are of an ethical and moral nature.

Did the researchers really listen? Our social psychologists should have a good look into that matter. The psychology of innovation might prove to be a very fruitful area of scientific research. For what precisely was the reason for synthetic biology to steer away from Herman and Dolly towards microorganisms and molecules? Was it the insight that stables inhabited by GMO animals would make a very bad impression indeed? Or that fields of GMO crops would never contribute to the wellbeing of farmers and citizens alike? Maybe. Back in my years at DSM, we used to say: ‘if you would be so kind to come up with the metabolic path of your product, we will put our chemical knowledge and our in-house microorganisms at work for you.’ Within the confinement of the laboratory and the boilers in the production facility, safety and responsible work are better served than in the field or in the mega stable. 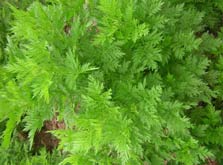 But as years go by, we witness a development in this problematic relationship of developers and customers. In the field of the cure of diseases, almost everything goes, as long as the patient survives and gets healthy again. So the preparation of the antimalarial drug artemisinin using E.coli bacteria is widely regarded as a great breakthrough. Imperfect vaccines against ebola are accepted. Apparently, stem cells from embryos cross the line. On the other hand, in the field of cosmetics, other rules seem to apply. Terms used in cosmetics advertisements often have no real meaning, there is no logic in the lists of ingredients, and generally preparation technologies are shady. Here, our vanity is clearly stronger than our ratio. Food for thought for the developers of biobased materials?

The psychology of food vs. that of materials

Food is the weak spot. Take a look at one of those strange paradoxes of modern society. Both quantity and quality of our food are better than ever before. In the meantime, our worries about the food/health relationship have reached an all-time high. This is much bigger than a media hype. It is no use telling a thousand times that a great deal of the research into this relationship is shaky, above all the statistics that underpin it – people keep saying that probiotics in yoghurt will protect us from many misfortunes, or that a diet low in salt will enhance the statistical chance on the birth of a daughter. Social psychologists and sociologists should urgently clarify such issues. Is there an age-old relationship with our evolution, in which we learned, motivated by hunger, what was beneficial to us, what could even cure us, and what could do us harm? For popular belief that our intuition tells us which food is beneficial and what is not, is ineradicable. 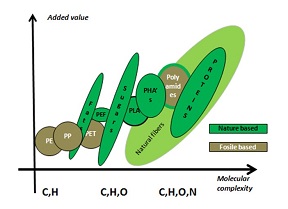 But in the field of materials, this problem hardly pops up. Although – we should be aware of pitfalls here too. Just keep in mind plasticisers with possible hormonal side effects in plastic tits. And would people allow their babies to crawl on nylon carpet produced by fermenting and manipulated E.coli bacteria? Hands off our children! And keep a safe distance from food. Otherwise, there is a lot of room for new materials. Both from nanotechnology and from chemistry and biology. This is the area where we witness most results until now. New materials for solar cells, efficient coatings for solar panels. Stronger and lighter materials in our motor cars. Paper from tomato stems or façade plating from aubergine waste. In proportion, the materials sector appears to have the highest success rate. Would this be of any use to the psychology of innovation, and would we be able to use these results in the announcement of new food or medicines? Researchers might think this is nonsense; the market developer or the communication specialist might think completely otherwise. Gamma researchers might teach their beta counterparts a lot in such areas.

Some ten years ago, I had the impression that gamma/beta cooperation might take off. But now it appears not to have been the case. I feel that recent developments like economic crisis, energy bumps, violent confrontations in religious matters and still warm reminiscences of the cold war have moved us back to the old positions. Whereas we really need each other. Or am I totally mistaken?