Industry is going to embrace synthetic biology. It can hardly do otherwise, following the promises of higher yields, purer products and greatly reduced environmental impact. But will their customers accept that?

This is the sixth article in a series on public acceptance of biotechnology in food production. The articles appeared on 18 February, 2 March, 3 March, 10 March, 15 March and 27 March. 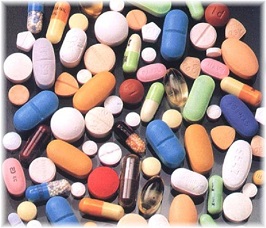 Synthetic biology is commonly accepted in the production of medicines. Photo: RayNata

Listening to our emotions

Last month, Alle Bruggink wrote an intriguing column on this site on the psychology of innovation, with a special eye on biotechnology. Biotechnologists, he held, should learn to listen – to their hearts, to their moral senses, to their customers. But those customers relay mixed messages, just like possibly our hearts and our moral senses. Taking a closer look, three dimensions are at work here: health, fashion and ethics. Emotions, partly connected to fashion (highly variable) and ethics (in principle invariable) usually follow the directions indicated by these dimensions, but then sometimes they do not, for unintelligible reasons. Nevertheless, in this unpredictability they are decisive for the acceptance of a product. Let us take a closer look at two practical examples to see in which direction these dimensions would point.

To me, the first example is very intriguing: the difference in treatment between medicines and food ingredients, for instance artemisinin (antimalarial drug) versus valencene (orange flavour). Both produced by organisms, genetically modified by synthetic biology. In the world of medicines, almost everything goes – nobody asks awkward questions about the way they are produced. Nobody holds that artemisinin should only be produced from the Artemisia Annua. We accepted the idea that healing comes from an industrially produced pill long ago. But where food is concerned? The idea that orange juice should exclusively come from pressed oranges is widely held. The ‘entire’ product (the orange) gives an extra. 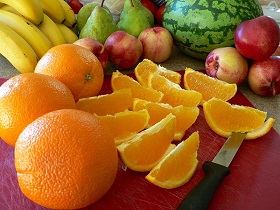 With organge juice, the real thing has an extra. Photo: Sandy Austin

Is it fashionable, this feeling that ‘natural’ is better? Sure. Is it based on health effects? That is much less clear. In the factory we will be able to get very close to natural orange juice, by adding fibres (from wood, for instance), vitamin C, other flavourings in small amounts. Emotionally, the ‘real thing’ would still be much better. But from the health perspective, claims would become much less obvious. Maybe one day we discover that micro ingredients, including poisons in homeopathic dilutions, are important in the orange, or indeed in our entire food intake. That would be an important discovery. But the proof that well-engineered artificial orange juice would be unhealthy, would seem to be very difficult to me.

Fashion can change. Unmistakeably, we now live in a world in which naturalness is an important value, up to and including Ottolenghi’s kitchen. But we might well imagine that tomorrow artificiality would get an extra value, and that the artificial milk that Muufri would like to produce and market would be a precursor to that development. If for instance Coca-Cola company would consider marketing artificial orange juice, then fashion would be by far the most important dimension they would consider. 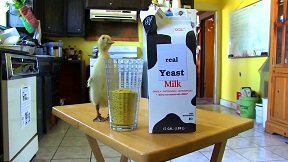 Cow-free milk will soon come to the market.

And is there an ethical dimension to these differences in approach of medicines and food ingredients? Sure. Saving lives is more important than good food. We therefore understand why in the area of food, our emotions are more critical of the way it is produced than in the area of medicines. All the more so if and when industrially produced ingredients are marketed as being ‘natural’. Which is precisely what the Swiss firm Evolva does, that calls ‘natural’ its biotechnologically produced vanillin and even got consent for that from an American authority. Evolva can only do so in a sophistic wordplay on the term ‘natural’. And it boils down to deception of the consumer. Both are ethically reproachable – and here, ethics does have practical value; because it may backfire on the entire industry if consumers discover that ‘natural’ may mean the same as ‘industrially produced’, in other words that they have been conned. In this respect, the action of Friends of the Earth against Evolva is completely adequate. And it was industry itself that defied them in the less than smart Evolva move.

Inter alia, how should we then judge detergents produced by the intermediate of synthetic biology? No health issues here (provided the detergents themselves are not harmful), hardly any fashion issues (yes, people do prefer natural lotions and scrubs nowadays, but this is about what we apply to our floors, not to our skins). And ethics? Then the issue is primarily that the detergent would clean up well, without harm to health. Why would people accept synthetic biology in cheese and beer production, and oppose Ecover’s application of that technology in the production of its detergents? 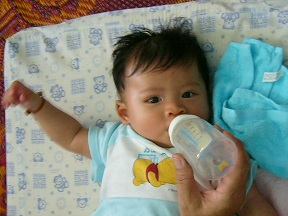 We commonly accept that baby milk is industrially produced.

Perhaps even more intriguing is the baby milk case. Scientists seem to agree that breast feeding is best for the baby (with a few exceptions). And yet, we have been feeding processed cow milk to our babies for many decades. Fashion? Sure. Prolonged breast feeding is at odds with the role in society we now demand from women. Apparently, that pressure is so strong that this has been able to push aside the maternal instinct (although in some countries like England, breast feeding now returns as a women’s right). We increasingly learn to know the differences between breast milk and cow milk, allowing industry to approach the formulation of breast milk in its product. The Flemish company Inbiose makes another step in this process: it produces special carbohydrates on demand as additives to (for instance) baby milk powder. There is virtually no difference in strategy with the valencene case, one would tend to expect that resistance would be higher here because it is not our own health but our baby’s that is at stake – and yet, no social upheaval here. Maybe even to the contrary: we will go the extra mile for the health of our baby!

So health and fashion lead the way to our emotions in the case of artificial baby milk. Ethics: not an issue, otherwise than a general preference for sustainability. But here, a fourth dimension comes into play: reputation. The strongest trade mark in this area is Nutricia. Not an exceptional product, according to food experts; but once one has the reputation that one’s trade mark has an extra for the baby, and one succeeds in keeping that up throughout the years – then that appears to constitute a premium product to the consumer. Reputation, consumer confidence, premium product. Something worthwhile the premium price.

To sum up: in the area of medicines we accept each production method, provided the pill actually cures. But that does not hold true in the case of food. Producers of food ingredients using synthetic biology in their microorganisms will have to be very careful to account for their actions to themselves and to their customers. Today’s fashion appreciates the ‘natural’. But then, in the confusing example of baby milk that does not hold true. As long as there is no adverse health effect, fashion is the strongest factor. But do not neglect ethics. Ethical deceit can backfire on the entire industry.