You are here: Home / 2021 / March / A transition that makes use of existing energy infrastructure

We need to move through the energy transition fast. Because continuous carbon dioxide emissions will result in unacceptable climate changes. That’s why we need transition paths that meet with little resistance. The Scientific American recently proposed a pathway in which we continue to make use of existing energy infrastructure. In order to prevent protracted rear-guard action. What could such a transition path look like? 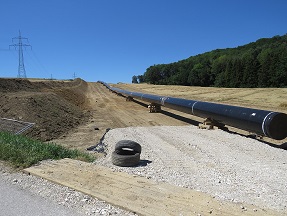 The role of natural gas

The article examines the possible role of natural gas in the energy transition. Natural gas is a ‘clean’ energy source as long as it substitutes coal: it releases about half of its CO2 per unit of energy production. So we need it in the short term. Together with its elaborate infrastructure. But as soon as renewable energy takes the lead, natural gas will be the ‘dirtiest’ energy source around. So what do we do then? Abandon the infrastructure for something new, accepting the inherent capital destruction? Remember, the article says, energy infrastructure has a lifetime of about 25 to as much as 80 years.

But there are solutions to this problem. ‘The technology exists to extract the carbon or to transform the gas so that carbon coming out and carbon going in balance to zero or near zero.’ But this is just the final step. First comes the promotion of energy efficiency. Then electrification, primarily of transport. The introduction of low-carbon alternatives like biogas or hydrogen. Finally, the article proposes, decarbonization of the natural gas at the end of the pipeline to get the carbon out: methane pyrolysis. Through these alternatives, we might keep on using much of the existing energy infrastructure, worth trillions.

Some of these alternatives have a limited capacity. In particular biogas. A fine solution where it is available. But there is only a limited amount of agricultural waste from which we can produce biogas. Landfills produce biogas, also in limited amounts. Hydrogen is in more plentiful supply: oil companies pump up hydrogen, together with oil. And we can produce it from natural gas (methane): we add heat and hot water and make hydrogen and CO2. This system will produce exactly the same amount of CO2 as burning directly the methane. Not really a solution in times of climate change. Or we can electrolyze water – expensive and energy intensive. In order to use hydrogen, we could pump a mixture of natural gas and hydrogen through existing pipelines. Also clearly an interim solution. Or we could capture hydrogen, binding it to nitrogen for instance (producing ammonia) that we can use to power a fuel cell. Useful in an industrial setting – in the future. 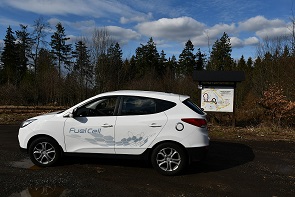 But we can also decarbonize methane at the end of the pipeline: methane pyrolysis. This will produce hydrogen and carbon. The latter not a very valuable substance, although there are useful applications. At present we use it for producing graphene, graphite, activated carbon, carbon black (much in use as a filler, for instance in tyres) and metallurgical coke (in order of decreasing value and increasing volume). It can also be used as a soil enhancer, for a market possibly ten times as large as all other markets combined. We can deliver the hydrogen to the end users – we then need to adjust burners and stoves. Or we can use the hydrogen in fuel cells. The decarbonization equipment might be large. But in this way, we could save trillions of energy infrastructure and still move quickly to a low-carbon future.

Methane pyrolysis is in full development, but sources differ on the time scale in which it will become operational. TNO in the Netherlands develops it, and judges it to be commercially available by 2030-2035. But in Olive Creek, Nebraska (USA), Monolith Materials is already constructing a pilot plant. As of today, they haven’t yet made any announcements of progress. They installed reactors and hire personnel. One of their problems is the noise. Once they overcome that, methane pyrolysis may make a quick take-off.