The COSMOS Horizon 2020 EU research project aims at reducing the dependence of Europe’s oleochemical industry on imported tropical vegetable oils. It now imports much coconut, palm, palm kernel and castor oil for the production of products like plastics, detergents and plasticizers. At a stakeholder workshop preceding the 10th EFIB, 9-11 October 2017, in Brussels, the intermediate research results of this project were discussed.

COSMOS focuses on medium chain fatty acids and polymer building blocks, currently produced by oleochemical industry from tropical crops for which no European alternatives can be found. The project looks at developing two under-utilised oily crops: Camelina and Crambe. The 18 participating project partners come from 9 European countries and the project is coordinated by Wageningen University & Research. The project is typical for the state of affairs of the current bio-based economy, in which both fundamental and applied research are crucial for further industrial bio-based developments. In the Netherlands, this type of research projects is coordinated by the Dutch Carbohydrate Competence Center or, with a focus on bio-aromatics, by Biorizon, a Flemish-Dutch Interreg-collaboration. During the EFIB-conference later on, Biorizon elaborated on their progress.

Many different technologies are employed by COSMOS

Medium chain fatty acids, so called MCFAs, include C8-C14 fatty acids. They consist of mono-unsaturated fatty acids (MUFA) and poly-unsaturated fatty acids (PUFA). Oleochemical industry uses MUFAs in industrial applications like the production of plastics, surfactants, detergents, lubricants and plasticisers. Both MUFA and PUFA varieties are contained in plant oils, but unfortunately in an unfavourable ratio in the selected European plants. To increase the MUFA-yield, the COSMOS project employs a wide spectrum of technologies, including oil seed breeding and genetics (cultivation strategies to optimise yield and oil content up to a production target of 1 t oil/ha), oil extraction and fractionation and catalytic conversion of fatty acids. 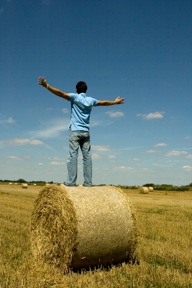 Oil seed breeding and genetics aim to develop new oily crops, and tailor these crops to the demand of oleochemical industry. C18 MUFA-content in Crambe-oil can already be enhanced to up to 35%, while C18 PUFA-content can be brought down to 5%. Applying enzyme technologies and extraction processes, oils extracted from the plant seeds will be fractionated into both varieties. Several conversion techniques for fatty acids are being researched, for instance to change polyunsaturated fatty acids into monounsaturated ones. The research also aims at converting monounsaturated long-chain fatty acids into medium-chain fatty acids through catalytic, enzymatic and microbial chain cleavage processes.

Useful applications for side streams of oleochemical industry

Apart from fatty acids, the project looks for applications of other valuable molecules from Camelina and Crambe plant materials, like high-value building blocks for bio-plastics or flavour and fragrance ingredients. And there is a clear focus to develop feed applications for the residual oilseed material that remains after oil extraction. This requires reducing the content of so called anti-nutritional factors in the meal, in particular glucosinolates and sinapines, using mutagenesis technologies to adapt the genetic material of the oil plants. By doing so, the digestibility of the meal, and thus the market value as a feed, improves. The omega3-rich polyunsaturated fatty acids (PUFA) fraction will be purified so it can be used in food and feed ingredients. Also being researched is the option to find and use insect species able to convert side streams from plant oil production to proteins and fats. Oil seed presscake (obtained from an expeller press) and meal (obtained from solvent extraction) proved to be successful as an insect feed. 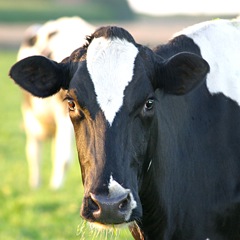 Many side streams of the oleochemical industry can be used as animal fodder. Photo: freeimages.com, Rob Waterhouse.

The project participants include 50% specialised SMEs and 50% universities and research institutes. The French specialty chemicals company Arkema represents industry. As can be expected, the project ensures ground-breaking research, making use of the latest developments in several knowledge areas. These not only apply to chemistry and mutagenesis, but also include the application of new methodologies of integrated life cycle sustainability assessment: combining life cycle assessment (LCA), environmental life cycle costing (eLCC) and social life cycle assessment (sLCA) as well as technological, legal and political issues. The project is indeed leading to new developments in the field of oleochemical industry and catalysis. However, COSMOS also pinpoints that a EU-regulation regarding the utilisation of CRISPR-technology is not yet clearly defined. Because of the ongoing discussion as to whether this technology should be included in GMO-regulations, the EU is hampering progress of the project. Until a final decision is taken, legal barriers to piloting and commercialising plant varieties created by the COSMOS-project can be expected. Another genetic technology, random mutagenesis, a technology that removes and does not add genetic material, is exempt from EU GMO-regulations.

Market and competition are food for discussion

At the workshop there were very few remarks about the technological aspects of the project. Market and competition issues however were much discussed. Current production of fatty acids by oleochemical industry is concentrated in only a few countries, and the market for medium chain fatty acids is more volatile than that for more common oilseed crops. For example the EU-import of lauric acid, a C12 fatty acid, has increased in recent years resulting in over 50% of global production now being imported by the European Union. The prices of medium chain fatty acids are higher than those from more common oilseed crops, and as the goal of COSMOS is to replace part of the demand for tropical oils in the EU, it is important to understand the impact this will have on market prices. This is what the discussion at the workshop focused on: how to analyse the market price for fatty acids, and how to predict future price developments.

Regarding this, LMC International, a UK-based expert providing independent market intelligence and analysis warned that ‘…the lens of the biofuel bubble distorted agricultural market views…’ Especially palm and rape oil crops have shown a strong increase in demand. LMC predicts that the biofuel bubble will stop inflating, although it will not lose its air. But although current demand will mostly be sustained, LMC expects that in the coming decades the market will return to traditional long-term, historical pre-2001 trends and models related to diets, population, GDP per head etc.

Besides those discussed by LMC the COSMOS-project touched on a number of other issues that were covered during the EFIB-conference. French company Surfact Green specialises in biodegradable, non-toxic and high-performing surfactants based on modified C4 to C18 vegetable oils. Ynsect is a French insect-based industry, growing mealworm beetles to produce proteins, chitin (a derivate of glucose, found in exoskeletons of crabs and insects, among others) and chitosan (produced from chitin, with multiple uses within industry, agriculture and medicine). And Dutch DSM informed participants about their novel aqueous method to extract food grade protein from oil seeds, free from anti-nutritional factors.

Interesting? Then also read:
Rapeseed as a frontrunner in agricultural innovation
EuroBioRef: what future for a major European R&D project?
Versalis converts petrochemical plant into biorefinery

At RJC Global Impact we promise to provide you with the expertise required to successfully lead all projects to completion with the highest level of integrity. rjcglobalimpact.com #success #mining #sustainability pic.twitter.com/LWVDiVnmQx

The journey to personal #sustainability, one step at a time sustainableside.com/category/… twitter.com/TheSustainabl3…

We recently spoke with @LoopStore_US to learn how safe, hygienic reuse systems can help prevent a backslide in consumer behavior around single-use packaging: bit.ly/2X1gug8 by @mary_mazzoni #circulareconomy

What is Decarbonization? Decarbonization is the elimination of CO2 from our man-made energy ecosystem to ensure temperatures that have no negative impact on climate patterns. #cmg #sustainability