Insect biorefinery. Almost unimaginable, a few years ago. And yet, it is in full development. Its products will come to the market soon. The insect world will show us many surprising applications. 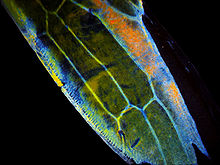 Wing of a sap beetle

The surprising world of insects

Every now and then one comes across a subject that is entirely new and surprising. Like insect biorefinery, as presented last EFIB in Reims by Antoine Hubert, CEO of the French start-up Ynsect. Ynsect’s ambitions are high. On its website we read: ‘our vision is to use the tremendous biodiversity of insects and the variety of their potential diets to develop a whole new range of technologies. Our goal is to efficiently transform all types of biomass residues available in any given territory.’ That is a truly formidable task the company sets for itself. But it started with humble activities for well-known markets. Its main source of income right now is the supply of animal feed produced from yellow mealworm to fish-breeding and poultry farms. Because of strict regulations, the company firmly restricts itself to the animal feed market. Although we could hear between the lines in Mr. Hubert’s presentation that the human food market might need (and appreciate) their products as well. 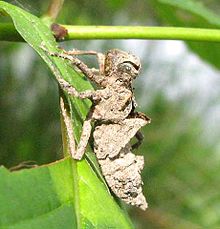 Insects are formidable cleaners of the natural environment. We know their ability to feed on any kind of vegetal or animal waste and thereby reproduce at an unsurpassed speed. Ynsect uses these characteristics for the production of a high-value animal feed (65% proteins, highly digestible, non-GMO) for the fast growing aquafeed market (15% growth annually) with very little environmental impact (no ocean depletion or deforestation). That may be a sound economic basis for the company, as it contributes to sustainable agro-food systems on the basis of efficient conversion of local biomass. In doing so, it addresses resource and land availability issues and environmental degradation. But it wants more: it wants insect biorefinery, the use of all the components of its feedstock.

The most important by-product right now is the insect exoskeleton. The main component of exoskeletons is chitin, a polysaccharide that resembles cellulose, and is only second to cellulose as the most abundant compound in living nature. Whereas cellulose is a polymer of glucose, chitin has glucosamine as its building block. It appears in many forms: rather pure (caterpillar skins), in very thin layers (butterfly wings, with amazing colour effects), together with proteins forming sclerotin (the main substance in the exoskeleton of insects), or in a strong mixture with calcium carbonate (shrimp and crab shells). Chitin has many industrial applications, for instance as an edible film, as a binder in dyes, as an industrial membrane, as a biodegradable surgical thread, or as a paper strengthening agent. Its most important application may be the production of self-healing coatings with very wide uses in automotive, aerospace and piping industries. 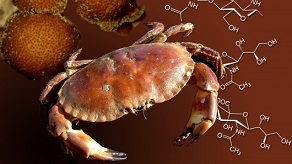 An even more versatile product of insect biorefinery is chitosan, easily produced from chitin by deacetylisation. Chitosan contains an active amino group and is soluble in acid solutions up to relatively high molecular weights (ca. 20,000). It is widely used as a fining agent in winemaking: it settles impurities and remaining yeast cells. It can also be used as a biodegradable bioplastic. It has important biomedical uses: it clots blood easily and has natural antibacterial properties; therefore it has been developed for high-value bandages. And chitosan has important applications in agriculture. It enhances natural innate resistance within plants towards insects, pathogens, and soil-borne diseases. It increases photosynthesis and promotes and enhances plant growth. Seeds coated with chitosan have better resistance towards parasitic cyst nematodes and do not harm beneficial nematodes and organisms.

Ynsect, promoting itself as The insect company, claims it will develop many products for such markets. It has ‘a world class R&D and production team’, has many patents in this field, is constructing the first fully automated demo plant in the world (to be opened in 2015), and prepares for 2016-2017 the construction of ‘the world’s largest and replicable commercial plant’. Moreover, it has commercial contracts with world industrial leaders in feed, food and green chemistry. It has won many prizes in the few years of its existence and will surprise us with its technology of insect biorefinery.