The Italian petrochemical group Versalis is working on the conversion of two European sites. It has decided to develop itself, particularly in the biobased materials. 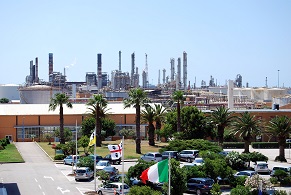 Versalis, the chemical department of the Italian petrochem giant Eni, and Elevance Renewable Sciences, a US-based producer of specialty products based on natural oils, will enter into a strategic partnership. The two organisations have the ambition to develop and on an industrial scale a new metathesis technology to produce chemical products based on vegetable oils. Moreover, at the Porto Marghera site in Italy they will study the feasibility of producing green ethylene from renewable oil by metathesis, benefiting from the infrastructure already present there.

Eni launched their biobased crusade in 2011, when they announced the creation of joint venture Matrica, together with compatriot Novamont, market leader in biodegradable plastics. Together they invested € 500 million to turn the petrochemical facility in Porto Torres on Sardinia into a biorefinery (which was opened last month, translator’s note). More recently the Versalis Porto Marghera site was selected to house a production facility for bio-butadiene in partnership with Genomatica. In this project, also in collaboration with Elevance, €200 million has been invested, the same amount that has gone towards the modernisation of the steam cracking plant for ethylene, where production will be halted for six months. High energy costs undermine the competitiveness of the European petrochemical sector. Hence the ambition of Versalis to convert her existing European plants into a biorefinery, and produce both more specialty products, as well as the biobased products for which the Italian chemists expect demand to rise.

The Versalis and Elevance collaboration is not just aimed at the production of biobased ethylene, but also and above all on the development of new catalysts, leaning on significant progress made by Elevance. The latter can already count among her accomplishments a functioning biorefinery with its catalyst technology in Gresik, Indonesia, using palm oil as the feedstock. A second biorefinery will start in 2016 at Natchez in Mississippi. This unit will produce C9 and C10+ alkenes based on canola and soy. Bio-ethylene production however is a new development, and at the moment only the Brasilian company Braskem produces green ethylene from sugar cane. ‘The biobased chemical sector is at the heart of this new industrial and commercial approach of Versalis. The agreement with Elevance will reinforce our capacity to progress in green innovation and boost the transformation of one of our petrochemical sites into a more sustainable and competitive facility at the long term, while creating synergies between renewable resources and the petrochemical industry’, says Daniele Ferrari, CEO of Versalis.