You are here: Home / 2014 / July / Opportunities for biobased butadiene

Butadiene is an important petrochemical with a market size of more than $40 billion, and around 60% of butadiene goes into synthetic rubber production. The relatively recent exploitation of shale gas has resulted in butadiene scarcity, since natural gas chemical feedstocks have fewer C4 hydrocarbons than oil feedstocks used in petrochemical production. This shortage translates into the continuous climb in the price of butadiene, which at $0.70/lb is currently more than 10% to 30% higher than it was last year. 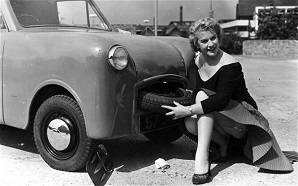 The tyre market is still growing, and hence also the market for butadiene.

The supply gap, which is projected to widen as shale gas exploitation intensifies, creates an incentive for technology developers to engineer novel butadiene production strategies that take in either biomass or natural gas as feedstock. For example, in June, BASF and Linde announced a collaboration for the development of on-purpose production of butadiene from butane. A similar announcement from Honeywell UOP came shortly thereafter, where the company licenses TPC Group’s OXO-D technology to convert butane to butadiene.

In addition to these more recent announcements, Lux Research has been closely following the progress of start-ups focusing on biobased butadiene. Global Bioenergies, in partnership with Synthos, is pursuing a direct route to isobutadiene through genetically modified Escherichia coli. LanzaTech has ongoing projects with Invista and SK Innovation to produce butadiene either from LanzaTech’s carbon monoxide based 2,3-butanediol or through direct fermentation. Genomatica is collaborating with Versalis and Braskem to develop butadiene from renewable feedstocks. Additionally, Braskem recently opened an R&D centre where one of its R&D projects is on biobased butadiene. Last year, Cobalt Technologies announced partnership agreements with two undisclosed Asian companies for the development of a biomass-to-butadiene solution, through Cobalt’s n-butanol production technology.

In addition to the continued tightening of the naphtha-derived butadiene supply, the demand growth for tires and polymers from emerging economies and the volatility of the natural rubber market will continue to drive efforts in biobased butadiene. At this stage, most of the leading developers in the field are already in developmental partnerships. To hedge against the projected butadiene scarcity, companies should secure supply agreements or collaborate with earlier-stage technology developers that have not yet secured exclusive partnerships.