North-western Europe has the best feedstock in the world for biobased industries, says Marc Verbruggen, NatureWorks’ CEO and largest PLA producer in the world. He could have added: also the largest sugar factories, the highest yields per hectare, outstanding research and an excellent chemical industry. Why then, does not the large-scale sustainable chemical industry of the new bioeconomy take off here? 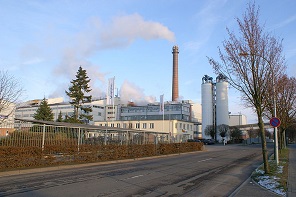 There might be a bright future for Europe’s sugar sector, if it would make use of the present window of opportunity.

A conference organised by Rabobank early October in Utrecht struggled to find answers. The idea prevailed: a bit more guts, please. But of course, guts are not all that we require. A year ago, Deloitte presented its fermentation study on North-western Europe, also at Rabobank, a study initiated by Ton Runneboom, then chairman of the Biobased Renewables Platform. There were great expectations back then, inspired by the foreseeable 5 million tons of extra sugar production in the EU, as of October 2017 when the sugar quota will be lifted and farmers can produce at liberty. Golden days would come for the biobased base chemistry industry. Ton Runneboom foresaw 5 major bioethanol plants requiring an investment of € 15 billion. Surely, Europe could not stand idly by the side if such a major opportunity would come along?

Not much activity in the bioeconomy, as yet

This week, the first review. Quite some disappointment. Over the past year, very little if anything has happened. I do know that it will take ten years, the development of a major biobased chemical factory, from inception to operation, and that it will require billions of Euros, but I did not experience last year’s enthusiasm. The only recent event was the press release of Avantium’s process developer that this company is about to decide to construct a (small) commercial plant for FDCA (furandicarboxylic acid, biobased chemical building block, feedstock for their new plastic PEF). In Europe, as a matter of fact. The mere location chosen is big news, because so far only America was in the picture. The extra sugar production might be a bonus after all, and there might be some countries (not the Netherlands) that supply sufficient subsidies and/or guarantees. But it is quite an achievement that America is no longer the preferred location. BioAmber did go to Canada for their first commercial biobased succinic acid plant. Babette Pettersen, BioAmber’s CCO, reiterated what they did not find in Europe: there were no good feedstock prices, no good energy prices and no government support, items that they did find in Canada. And their next biobased succinic acid plant will be located in Northern America as well.

Something does change in Europe’s attitude – have in mind the BBI plans for instance – but having said that, all big shots in the bioeconomy present in Utrecht judged that developments are much too slow. Even though much of the knowledge originates in Europe (the Netherlands doing well in this respect). What we need is a major outstanding project that shows that the bioeconomy breaks ground in Europe. The Netherlands also needs it, in spite of DSM’s good efforts. But that would require that European governments too, would be willing to finance and bridge the ‘valley of death’. It would require as well, according to those present in Utrecht, that we would start charging reasonable prices (a level playing field with fossil-based industries), including a realistic price for CO2 world-wide. Having said that, we cannot help noticing that investments for large-scale biobased chemical plants are made in America and Asia. That’s why I stick to my aforementioned entry: let’s finally show some more ‘guts’ in Europe in order to get the wider bioeconomy going.