This is going to be another story than told so far about the development of a green chemical industry in Europe. So far, the news was mostly negative: too little and too late in comparison to other continents. This is going to change in a positive way at the advent of cheap and plentiful supplies of home-grown industrial sugar. If only now Europe would grasp the opportunity and would be willing to invest. The ‘Energy beet’ as the decisive factor for innovation. 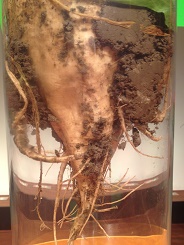 In the near future, North-western Europe can compete with Brazil, the US and Thailand in the production of bio-alcohol and in the build-up of a green chemical bulk industry. In 2017, as EU quota for sugar production and trade will be lifted, the area between Northern France and North-western Germany will be able to produce an extra amount of at least 5 million tons of beet sugar that can be used for production of chemicals. Processing this amount would need an investment of € 5 to € 10 billion in chemical bulk industry, according to Ton Runneboom, chairman of the Biorenewables Business Platform. He initiated the study ‘Opportunities for the fermentation-based chemical industry’, performed by Deloitte. The study was presented at 29 September in Utrecht, at a conference organised by Rabobank, one of its sponsors. Another sponsor was SuikerUnie, the Dutch cooperative of sugar producers. As a major supplier this company will become one of the main stakeholders in the development of the new green chemical industry of North-western Europe. Interesting question: how will the margin be distributed and who will reap the main benefits, the sugar producer or the chemical industry? Negotiations on feedstock prices have begun and went on during the conference.

The conference showed that Europe must exert itself to compensate for the backlog on the US, Brazil and Thailand. But that task is not impossible, provided that in the next decade, Europe would construct some ten large factories for the production of ethanol and other base chemicals like citric acid, succinic acid and lactic acid. That is feasible, for according to Deloitte the large amount of industrial sugar will become available at an acceptable price. At the end of the last century, the price ration between oil and sugar in terms of energy content was about 7 to the advantage of oil, but meanwhile that ratio has shrunk to 3; with an oil price that is bound to increase in the long run and sugar prices, although more volatile, will rise more slowly, this would seem to be to the advantage of the green chemical industry.

And North-western Europe can look forward with trust to the future competition with countries like the US, Thailand and Brazil, countries that also produce alcohol and biobased chemicals from sugars and starch. Europe, with its ‘Energy beet’, will surpass production in countries like Thailand and Brazil as sugar quota are lifted. An international comparison on the basis of starch equivalents shows that the US is in the lead with 203 million tons annually from maize. Europe is second with 103 million tons from wheat and 16 million tons from sugar beet. Brazil and South-eastern Asia are smaller with respectively 88 million tons from cane sugar and 49 million tons, made up of 26 million tons from cassava and 23 million tons from cane sugar (all amounts in starch equivalents). So Europe has the best position, after the US. Thanks too, to the rising productivity of the sugar beet as a result of better technology and better seeds – and also because of climate change, as SuikerUnie’s Albert Markusse remarked with a smile. Quite contrary to the productivity of sugar cane, a crop that needs an increasing acreage for a rising production. In addition to that, Europe is the only continent where the crop is directly transformed to alcohol, so far the main product (95%) of enzymatic production.

Although bio-alcohol will remain the largest segment, the other (more valuable) products will grow faster. These favourable circumstances only pertain to North-western Europe where growing conditions for sugar beet are optimal. But in Southern Europe, beet cultivation will diminish and possibly even vanish; the development of the major fermentative industry on the basis of industrial sugar will mainly take place in North-western Europe. Where under the most favourable conditions (good climate, no water shortages) production might even rise to 22 tons of sugar per hectare, significantly more than in Southern Europe and the rest of the world.

Even though the conditions for industrial sugar are a major advantage, investing in chemical industry is quite another matter. But Europe has understood now that it will have to act. Last July, the Biobased Business Initiative (BBI) started, that should bridge the gap between research and application. Together, the 110 partners from industry and research (the Biobased Industry Consortium, BIC) and the European Union will invest € 3.7 billion in the biobased economy. Particularly in development, pilots and demonstration facilities, precisely the part that Europe ignored in the past. The cost and the risks involved are so high that such initiatives can only be successful through partnerships; no company can do it on its own. Says Marcel Wubbolts, DSM’s CTO, BIC’s president and BBI’s vice-president. As is implied too by  Ton Runneboom, who projects investments to the amount of € 5 to 10 billion in order to get the green chemical bulk industry going.

Can we now forget all negative stories from the past on the lack of perspectives and initiative in Europe? Certainly not, but the positive mood that emanates from the report and that was pervasive in the conference in Utrecht, shows that there are opportunities. On the basis of industrial sugar, Europe and the chemical industry start in an optimistic mood. And that has been different.