‘Let a thousand flowers blossom,’ chairman Mao said long ago. This concept could be appropriate to the number and diversity of the unusual phenomenon of the Green Deal, a mechanism devised by the Dutch ministry of Economic Affairs to ease the implementation of innovations. 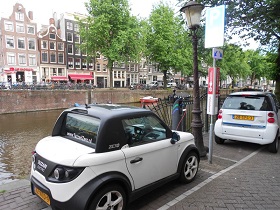 The number of charging points in the Netherlands has grown substantially in the past few years, thanks to a Green Deal.

The Netherlands is a country of many strict rules. Often, they hamper innovative companies in their development, because as a matter of course regulation is based on society as it is, and the regulators could not foresee new developments of all kinds and sorts. Examples abound; one of the most commonly known is that of agricultural side streams that cannot be used because they are labelled as waste. On the other hand, the Netherlands is well known for its polder model, in which everything can be discussed. The phenomenon of the Green Deal nicely illustrates this. Authorities, companies and other stakeholders will negotiate in order to find practicable solutions for actual problems. The concept is unique and the approach is very practical.

Green Deals are successful. As it became clear that innovation is not just about investment, and as companies met obstacles, Dutch officials came up with the idea of the Green Deal: a short-term agreement (3 years) between authorities and other stakeholders, in which they agree to cooperate in order to achieve a well-defined goal. Without any doubt a master move, that is applicable in every area. Some 170 of such agreements have been made and the first have expired already. Most of these are in the energy sector (107) and biobased comes in second, 64 times a Green Deal. There is much diversity, both in subjects and in participants. 588 companies participate in them, 175 sector associations, 172 local and regional authorities, 172 NGOs, 60 research institutes and 15 financial bodies. Many Green Deals have very good results. Thanks for a great deal to Roel Bol who devised and managed the scheme. Although government makes the Green Deal, it does not participate financially. No subsidies, in other words, but a lubricant effect. 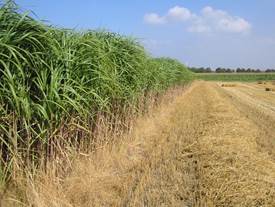 Miscanthus in the polder

At a recent congress, the first Dutch Green Deal Award has been awarded to Sander Ouwerkerk, CEO of New Motion for the Green Deal ‘Infrastructure Electric Transport’. Initially, the company had envisaged to realise 10,000 charging points for electric transport in three years’ time. They realised 50% more than they had in mind, and the process is still going on. ‘The ultimate challenge is to charge the company car on the solar panels on the neighbour’s roof,’ Sander said. Once that is matter of course, solar energy has really integrated into society. 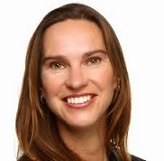 The Green Deal as a lubricant

At the congress, three ‘runner’s up’ awards were also awarded. The winners were: ‘Circular procurement’, a project to get the market moving, in which 32 purchasing organisations participated; ‘Towards sustainable civil engineering’, that comprises a volume of € 12 billion just for the Netherlands; and thirdly the recently started project ‘Grasses and crops’ of the Amsterdam Economic Board, devised by Jolein Baidenmann, its biobased director, that aims among others to plant 60 hectares of Miscanthus at Schiphol Airport. This tall grass prevents geese, a nuisance to air traffic, to nest and stay in the area, which makes a great difference in shooting or gassing these animals. Some 20 organisations participate, ranging from Schiphol Airport to some municipalities around Amsterdam. They mainly promote growing certain crops in the area, but also invest in processing them to sustainable products.

The phenomenon of the Green Deal may be a typical Dutch solution for a rusty problem of rules that got stuck, using permanent negotiations among all stakeholders as a lubricant. Could this type of polder cooperation be a viable solution in other countries? That might be – but it requires negotiating again and again, not minding the occasional insults and returning to the negotiating table nevertheless. The Dutch seem to be good at this process; it might be less easy in other countries.