Marine biotechnology is a challenging field of research with the prospect of very interesting discoveries like new antibiotics, cosmetics and food additives – albeit with few commercial projects so far. Both the very demanding environments (some very hot, some down to 6,000 metres) and the quite different biochemistry of marine organisms pose problems, or rather challenges, to the application of products from marine biotechnology in the human body. 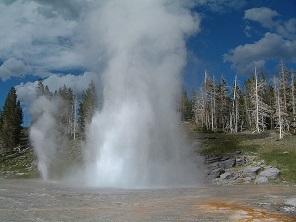 One litre of sea water will typically contain one billion bacteria and Archaea, and ten billion viruses. Scientists estimate that we do not know 99% of marine bacteria; and despite many discoveries, that estimate has not changed over the past 30 years. Whereas 90% of all biomass is in the sea. So there is very much work to do if we should wish to develop further marine biotechnology.

There are fields in which we urgently need input from new research areas like the sea, said Meredith Lloyd-Evans at EFIB last October (he co-organised a pre-conference workshop on marine biotechnology). The most pressing need appears to be that for new antibiotics. Meredith-Evans showed that since the eighties, the number of new antibiotics approved for sale annually has dropped by 90%, whereas the number of MRSA infections in hospitals (in the USA) has increased tenfold. Could marine organisms help us to bridge this gap? Marine biotechnology research spans organisms and compounds from very diverse environments. Some of these compounds have been put to good use already. Thermophilic bacteria from Yellowstone National Park for instance, produce a polymerase used in DNA amplification. Penicillium fungi from Lechuguilla Cave in Mexico and similar fungi from Berkeley pit mine in Montana produce cancer retarding compounds. Great Barrier Reef sea sponges produce anti-cancer chemicals called chondropsins. And Dermacoccus abyssi bacteria from the Mariana trench produce compounds against sleeping sickness. 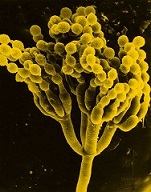 So, there is great potential. But the marine environment poses an extra barrier to application of marine biotechnology. The chemistry in marine organisms is often very different from that in terrestrial microbes. It is difficult to actually grow or reliably harvest marine organisms. This stimulates genetic means of production, or identifying structures and seeing whether chemical synthesis is possible. If researchers identify interesting characteristics in marine living creatures, e.g. neuroactive or anticonvulsant activities like PharmaSea has found by testing novel compounds on zebrafish, they try to isolate the active bits in order to incorporate the genes responsible for them in their ‘work horses’, genetically modified microorganisms. Or, ‘we try to move into chemistry as fast as possible,’ as I heard one of the researchers tell us at the workshop. 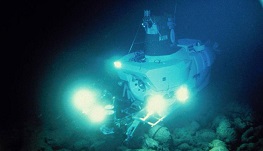 In researching the materials mined in marine environments, good chemical informatics is of prime importance. Automated processing of a large volume of data greatly reduces wasted effort. Such data processing may both find known compounds and pinpoint new interesting compounds. An automated structure determination workflow may in the end lead to the discovery of new drug candidates. But although this work is of great importance to clarify the nature of marine biological processes, scientists here as elsewhere face the problem that public knowledge may stand in the way of obtaining IP protection on the substances discovered, and hence of earning money from their production. Most of the work done on marine environments is purely scientific and will lead to papers published in scientific journals; but precisely this may stand in the way of commercialisation. Other IP uncertainties may result from claims of governments on the organisms found in their waters. Although this has in principle been regulated in the Nagoya protocol, actual IP claims may still be very uncertain. Among scientists, therefore, there is a tendency to turn to international waters (the deep sea) for their research, where IP claims are unequivocal.

Nevertheless, the work done by researchers in the field of marine biotechnology may make marine biodiscovery more attractive for industry to adopt. These scientists streamline a new discovery pipeline in a very diverse field with quite new biochemical processes. The project that Lloyd-Evans is involved in, PharmaSea, intends not just to open up this new and challenging research field, but also to clarify legal issues over the collection of marine biotech data.