You are here: Home / 2014 / October / The plight of the innovative SME, the case of SeaLife Pharma

‘In twenty years’ time, SeaLife Pharma will not exist anymore,’ says its CEO Alexander Pretsch. In many companies, such a statement would be cause for concern. But Pretsch implies that he expects his company to be successful. I.e. that it will be able to find a big pharmaceutical partner that is willing to invest in its antibiotics and carry them through the clinical trial phase – a process that his small company will not be able to sustain. Such is the world of the pharmaceutical innovative SME now: success measured in terms of ceasing to exist. 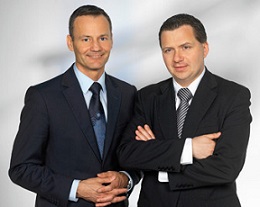 SeaLife Pharma is a remarkable SME in many respects. It is based in Austria, a country with no coastline at all. It researches marine microorganisms and develops pharmaceuticals from their contents, thereby filling the gap in the development of antibiotics caused by lack of interest of big pharma. And it is utterly driven by enthusiasm about its mission: finding pharmaceuticals from marine organisms. As exemplified by its CEO. ‘My room as a child bore a certain resemblance to an aquarium store,’ Pretsch confided to an Austrian radio program. ‘I always wanted to work with marine biology and in the field of antibiotics – which is something I believe in scientifically and from a business perspective.’

The business of SeaLife Pharma

So what does this innovative SME research? ‘What we do is comparable to what Alexander Fleming (who discovered the antibiotic substance penicillin) did a hundred years ago,’ Pretsch explains. While Fleming was looking for fungi on land, SeaLife takes the search under the sea where they isolate and grow marine fungi in an effort to find antibiotic substances. These substances are then extracted and analysed; if they appear promising in bioactivity and toxicology, their structure is chemically reconstructed and modified for humans. 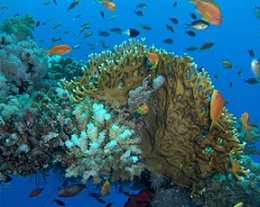 Among others, SeaLife found an antibiotic class called SLP 0905 in a mangrove wood. After modification for humans it proved to be effective against so-called hospital germs like MRSA. It is currently in the pre-clinical phase and depending on the regulatory procedures and rules, it will take about six years for the new antibiotic substance to reach the market – or much quicker, if the hospital germ problem would aggravate and regulations might suddenly be softened, like in the case of ebola. Other antibiotic classes researched are called SLP 0904 and SLP 0901, all potentially effective against MRSA, the equally notorious Klebsiella and other resistant germs.

The balancing act between university and finance

At a workshop at EFIB earlier this month, Pretsch held an inspired lecture not just about his company’s research but also about its position in ‘bridging the gap’ between research and successful application. His company operates in a field (marine biotechnology) that is mainly academically driven. Researchers have identified a large number (some 35,000) of potentially interesting substances; but they usually concentrate on bioactivity, whereas the SME is primarily interested in pre-clinical parameters. Then there is the publication problem. Researchers want to publish their results, but premature publication kills commercial development of the compound in question, as it endangers the acquisition of a patent. And there are other issues. Data often lack the required quality. Legal and regulatory issues might stand in the way of further development. Budgets are limited. People may change jobs and leave gaps. The biggest challenge however might be university transfer offices, although these should facilitate knowledge transfer. But they are populated by lawyers…. 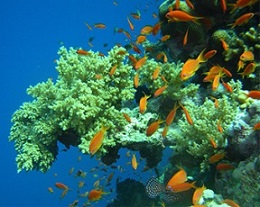 At the other side of the innovative SME, we find the financial world. The financial crisis has killed the activity of banks as lenders of money to SMEs. Then there were the venture capitalists. But not many of them have stayed in business in Europe. Most of the remaining VCs specialise. And most of them tend to get out of biotech, which is regarded as an area that carries a lot of risk. So the innovative SME has to switch to corporate investors. They have the resources to take a potential drug through the clinical trial phase, which the vast majority of SMEs do not. This means that the fate of the successful pharmaceutical innovative SME is fixed: being taken over by big pharma.

Hurdles for the innovative SME

But, as Alexander Pretsch outlined, there are many hurdles on this trajectory. It involves three parties: universities for discoveries, SMEs for development of the knowledge to a practical level, and big pharma for the clinical trials and, if successful, marketing of the drug. They have quite different perspectives on the world and could easily clash on practical matters. Trust and fairness are of major importance. Risks and benefits should be shared at an early stage. The probable end of a successful process (being taken over) should be accepted by all parties on beforehand. The university should lend the innovative SME the freedom to operate, on the basis of a clear and fair license agreement. Big pharma should cooperate in an early stage in discovery and development. And the moment of transfer is important or the ultimate success.

And Alexander Pretsch? We should not be concerned about his future. ‘I still have a lot of ideas,’ he says to inventures.eu. Driven by ‘curiosity and ambition’, as he puts it, he will keep looking for substances down in the sea. ‘I know there is something and I want to find it.’