The Italian blog Il Bioeconomista recently announced that the American biotech company Genomatica (San Diego) intends to develop enzymatic industrial pathways for the production of the chemical building blocks hexamethylenediamine, adipic acid and caprolactam. These compounds are drop-ins in the petrochemical industry, and precursors for nylon 6 and nylon 6.6. In this way, the company intends to lay the foundation for the production of biobased caprolactam, and eventually for bionylons.

For this research, Genomatica acquired $ 100 million from Versalis (the chemical branch of the Italian ENI) and Braskem, the Brazilian biotech company that is active in the production of bioethanol, bioethylene and the bioplastics that can be produced from them. The entire project for the three biobased factories at a commercial scale would require an investment of $ 18 billion. The research will take several years, and Genomatica invites interested parties to participate. And the company does more in this field. This year they intend to open a biobutanediol factory in the Italian Veneto area. In this project, Genomatica cooperates with Novamont, another very visible Italian biotech company, that itself cooperates with Versalis in the retrofit of the old petrochemical complex of Porto Torres in Sardinia to a biorefinery.

The bionylon project is quite ambitious, all the more so as the existing caprolactam process (from oil) has withstood all attacks during the past 60 years; particularly because the installations for production of this nylon precursor have been completely depreciated. In general, this will prove to be a major financial advantage for the old petrochemical industry over the innovating green chemical industry. The existing very successful caprolactam process was mainly developed by DSM. The company invested in many units in the Netherlands, China and many other countries on the basis of its own, continuously improved technology. In that process, phenol is treated with hydrogen to produce cyclohexanon oxime and a lot of ammonium sulphate. The intermediary product is then treated with fuming sulphuric acid (a solution of SO3 in sulphuric acid, a typical term and a typical compound of the old chemistry) to produce caprolactam; by means of a Beckmann rearrangement (chemists of the old school will like this). Then caprolactam can be polymerised to produce nylon 6, one of the most important performance chemicals in the world. A good and tested process. 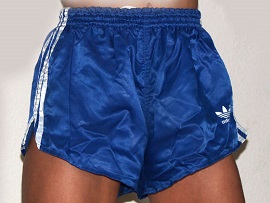 Last year, the Dutch newspaper De Telegraaf announced that DSM would like to sell its caprolactam process and business. Then all became quiet. DSM develops biotechnology for many purposes. Quite a while ago for instance, the company developed biotechnological processes for semisynthetic penicillins and, more recently, for second generation biofuels. No doubt, the company has looked into the production of caprolactam in a biotechnological process. In the past, DSM did research a biotechnological pathway to produce caprolactam from lysine, but it did not pursue this to actual production. The company does produce a 100% bionylon from castor oil. It is a superior material that can withstand temperatures up to 250 oC and is used for applications underneath the hood, among others.

Wageningen UR, too, its division Plant Research International in this instance, does research into the production of caprolactam, pipecolic acid and other precursors to nylons through modified plants and microorganisms. And WUR Food and Biobased research investigates the pathway to caprolactam from cheap sugars through chemo-enzymatic processes. Of course, it would be a major breakthrough in the biobased world, if we could produce biobased bulk products like biocaprolactam directly, by means of microorganisms. But that will still take quite a while.

Genomatica would like to produce drop-ins using biotechnology, and enter classical nylon markets, but it would even be better if those processes would produce slightly modified and better nylons. Like PEF (polyethylenefuranoate) that is better than the well-known plastic PET (polyethyleneterephthalate), and 100% greener. Avantium, by the way, produces that polymer from sugar using ordinary chemical catalysis. Just like Rennovia does in the production of biobased adipic acid (also a precursor to caprolactam). Many of those new biotechnological processes combine an enzymatic catalytic step with one or more chemo-catalytic steps. That is the strength of the new, green chemistry: a combination of possible pathways that did not exist until recently.

‘Be the reason of sustainable future’ & ‘Go Green to keep it clean’ Be a part of iGrow’s go green initiative 🙂 #gogreen #greeninitiative #sustainability #future #environmentfriendly “TAKE PRIDE ON THE GREEN SIDE” pic.twitter.com/thGMLikfzM

Learn how the #finance industry, specifically #PrivateEquity, plays a critical role in #sustainability and #ESG effortsn with this article from @wwt_inc. wwt.com/article/esg-in…

The #T20 engagement group is acutely aware of the need to develop a roadmap founded on new morality and ethics coupled with #sustainable #economic systems that serve communities around the world: @SujanChinoy #G20India @T20Solutions or-f.org/114348

Could #data be the answer to achieving #sustainability goals in Australia? For Container Exchange Services, the answer is yes. Learn how the company is using Oracle #Cloud to connect the circular economy and help keep plastics out of the environment. social.ora.cl/601136bgz