You are here: Home / 2013 / November / Why Europe undermines its own policies on second-generation biofuels, whereas the US moves fast forward

Europe’s biofuel policy has been reformulated earlier this year, in order to promote the development of second-generation biofuels. But this seems to have little effect: whereas second-generation biofuels from food wastes are indeed being produced in Europe, there is just one European plant using second-generation biomass feedstock: the Beta Renewables plant in Crescentino, Northern Italy, using Novozymes technology. The action is taking place in the US. The cause may well be the high European feedstock price, caused by Europe’s own policies: the stimulation of biomass co-firing in coal-fired power plants. 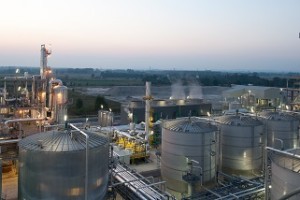 The sugar market gets crowded
Last week, US based Lux Research issued a report entitled ‘Cellulosic Chemicals and Fuels Race to Compete with First-Gen Sugar Economics’, that seems to answer the question raised by many critics of second-generation policies: the production costs of second-generation biofuels. Fine policy goals, so these critics would argue, to produce more biofuels from second-generation feedstock like straw, corn stover and wood. But for the foreseeable future, second-generation biofuels will be too costly. Lux Research’s findings seem to topple the scale. ‘Lower feedstock prices can drive down prices of fermentable cellulosic sugar’ (i.e. the feedstock for biofuels and biochemicals) ‘to $ 0.26/kg, down from $ 0.32/kg to $ 0.36/kg, competitive with sugars from corn or sugarcane,’ Lux states in its press release. ‘This advance would allow bio-based chemicals and biofuels to be made from more plentiful non-food sources, helping them better compete with petroleum-based chemicals and fuels.’

This new source of low-cost sugars comes on top of the so-called isosugars, produced from starch, about which we reported earlier. In this way, the market of sugar, the main feedstock for the biobased economy, gets very crowded. This competition will have a downward effect on prices, good for the developing biobased economy, but possibly a problem for traditional sugar producers from sugar cane and sugar beet. 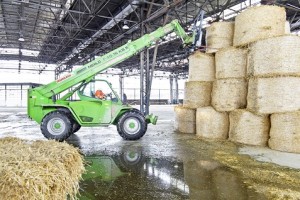 Low feedstock prices in the US
As Lux correctly emphasises, low biomass feedstock prices are the driver for this development (together with increasingly better technologies). But here is the crux: biomass feedstock prices are much higher in Europe than in the US. Europe does not have a plentiful supply of second generation biomass, like corn stover in the US. Therefore in Europe, wood chips would seem to be an appropriate alternative as a feedstock. But the price of precisely this commodity has risen considerably in Europe over the past few years, resulting from the large demand for wood chips for co-firing in coal-fired power stations. In particular from Belgium, Italy, the Netherlands and Denmark. We reported earlier that this may stand in the way of biochemicals production in Europe.

This puts Europe at a considerable disadvantage. ‘The feedstock price we assumed for the model was $ 70 per bone dry metric ton of feedstock. The low feedstock cost scenario we assumed $ 45 per BDMT,’ Lux author Andrew Soare writes in an e-mail. Contrast this to a price of € 140 per ton for wood pellets (85% dry) in Europe. Because Lux calculates a 21% influence of feedstock costs on total production costs, this factor by itself would lead to a product at least 30% more expensive, an insurmountable barrier in this potential highly competitive, not yet existing market. But, as Andrew Soare notes, ‘some (in Europe) are developing supply chains for cheaper access to wood feedstock, or focusing on energy crops, wheat straw, or municipal waste.’

In Europe the biomass for second generation sugars also needs to compete with the use in dry anaerobic fermentation to biomethane for which the economics seem to be more favourable and entry barriers lower. Biomethane used in transportation targets the same end-use as bioethanol, so both routes would compete in the market of biofuels.

Technological development
The Lux report notes that enzymatic breakdown of cellulosic biomass may not be the technological winner. That is a remarkable conclusion, after all the effort companies like DSM and Novozymes have made to develop enzymatic pathways for processing lignocellulosic biomass. Lux analysed five technologies using classical chemistry, on the basis of dilute acid, ammonia fibre expansion, steam explosion, supercritical fluid, and concentrated acid. Lux analysts built a model for a 700,000-ton-per-year plant to study these five main routes. ‘Enzymes are the most expensive variable in prices of cellulosic sugar, and supercritical fluid and concentrated acid processes don’t require enzymes at all, potentially offering the cheapest options – though technology risk remains,’ Lux reports.

But what good will that do to Europe, where the biomass to bio methane route will be a serious competitor for the biomass targeted for second generation sugars? ‘There are actually several groups making progress on cellulosic sugars in Europe, including Beta Renewables and Clariant, to name just two,’ Andrew Soare writes. ‘The US has more favourable economics, but with some of the double counting/multiplier legislation in the EU in response to ILUC, the European market may become a stronger one for cellulosic sugars in the long run.’ Yes, ‘in the long run’. But will that be quick enough for European industries? Or do we rather have to keep in mind Keynes’ famous phrase: ‘In the long run, we are all dead?’