You are here: Home / 2022 / July / Perspectives for agriculture – the new farming

The Dutch farmers manifest themselves. They block highways and distribution centres. They pay a visit to the homes of ministers. They oppose plans to reduce appreciably manure production and ammonia emissions by agriculture. But they ignore that viable alternatives exist for present resource intensive agricultural practices. A situation that may pass on to other countries. 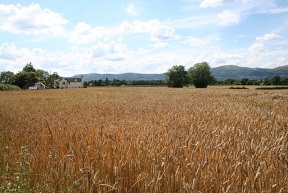 For many years, Dutch farmers were kept dangling. Emissions were too high, particularly ammonia emissions from manure. The situation called for a policy change, as all policy makers knew; but this was postponed again and again. Official policy held that Dutch farmers competed on world markets. This determined the trend towards scale increase: larger farms, more animals (and hence more manure) per hectare. New technologies were supposed to control the inconvenience. But these never delivered. Ammonia emissions remained high. Natural areas lost their unique qualities because of airborne manuring, and in some areas the stench was permanent.

The new government, started early 2022, finally made some decisions; they had to, because the judge forced them to do so. Because of high environmental pollution (three quarters from agricultural origin), the judge curbed many economic activities. Like house-construction, whereas homes are very short in supply. Minister Christianne van der Wal ruled that ammonia emissions needed to come down appreciably, particularly in the neighbourhood of natural areas. In other words: reduction of agricultural production. Still adding to the injury, this week the European Commission ruled that the (favourable) exemptions on Dutch agriculture needed to come to an end. In short: we need to apply the axe to agriculture. 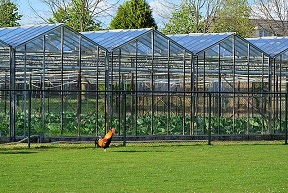 But some farmers take an entirely different view

The farmers’ protests drew so much attention that it went almost unnoticed that biological farmers take an entirely different view on the proposed measures. On July 6 they published a ‘Green Farmers’ Plan’: a plea for ‘real changes in our agricultural and food system’. Radical? With less perspective for farmers? Not at all. Land-related farming, the manifesto tells us, results in ‘a major contribution to animal welfare, soil and water quality, carbon capture and biodiversity. It contributes to food security and results (together with natural areas) in a countryside where nature and agriculture go hand in hand.’ In short, there is no natural opposition between nature and farming.

The Green Farmers’ Plan consists of ten points. We went into many of these already. In our book ‘The solutions are already at hand’ (in Dutch) we do not criticize at length the existing system (with its lack of animal welfare, health risks and abuses); but we do go into the alternatives. There is a wealth of opportunities in the realm of vegetables, by far not exploited by farmers so far. ‘Let’s reuse chicken barns and pigsties as greenhouses with led lighting. Energy neutral through the use of solar panels, wind turbines, geothermal energy, water basins, as an energy storage as well – all of them existing technologies. Use buyout schemes and redevelopment funds for alleviating such a development. Retraining, education’ (p.72).

In recent years, mankind developed an impressive amount of innovations that can turn such a policy into a set of attractive measures. Milk for instance doesn’t have to come from the cow anymore. A precise mixture of vegetal substances will result in a product that tastes the same and has the same nutritional value. Ready to be processed into yoghurt and cheese. We need just a few percent of the agricultural land now used for cattle breeding in order to produce the same amount of milk and dairy products. Vegetables can provide us with many essential compounds. Particularly if they are being harvested young; the so-called cresses, grown by Koppert Cress in the Netherlands.

We do not have to abandon meat. But it might be useful to reduce its importance on our plates. For meat production we need large amounts of agricultural land. Although on the other hand: an appreciable proportion of agricultural land is only suitable to be used as a meadow; we cannot grow crops on them, for instance because the soil is too wet.

From intensive to extensive agriculture

But in the Netherlands, the present agricultural system reflects primarily the interests of banks, suppliers and (large scale) buyers. Under pressure of these three groups, farmers seem to be able to move just into one direction: towards more intensive farming, larger farms and more use of technological equipment. With fodder that is being imported, to a large extent. But, as the Green Farmers’ Plan says: ‘there are many farmers showing that an agricultural system that respects animal wellbeing, without any fertilizer or herbicide, and no fodder imports, or just a little of it, is quite feasible.’

So what is the alternative? Land-related farming, says the manifesto (points 2 and 3). Farms with closed loops of manure and vegetal side streams. Possibly in a scheme that comprises a number of farms. They will feed animals with agricultural side streams, and their manure is being brought back on the land. In such a model, there is no room for major intensive cattle breeders. As the changes are finally going to take place, these are the first that need to be bought out.

Of course there are preconditions for the execution of such projects. Like (point 4): take care of custom-made projects and clear conditions for farmers who are a part of the solution. And (point 5): support farmers who prepare for further development of the path towards sustainability. Control and reduce advertisements for unhealthy food (point 6). Make sure that enough land is being reserved for sustainable agriculture (point 8). Take care of just, precise and stimulating regulations (point 10).

But policy-wise, the most essential point is number 1: ‘farmers can only farm sustainably if consumers pay fair prices’. Too many side effects of the farming trade are the result of a continuous move towards rationalization and are now shifted towards the community. Like controlling ammonia emissions. Therefore, says the manifesto, we will need to put a levy on non-sustainably produced food. Because this production will cause ‘external costs’ that have to be borne by the community. Resulting (for instance) in less homes under construction. Therefore we applaud – although this is sad for Dutch farmers – that Europe now undertakes action. We have seen for too long that costs were transferred towards the community.

Measures mentioned by the manifesto include: a mix of levies on unwanted side effects, differentiation in VAT, payments for societal services, new fiscal arrangements. But then, prices of agricultural produce are going to rise! Will consumers be able to cope with that? Sure. Consumers profited from continuously falling food prices from the Second World War onwards. It will do no harm to reverse that trend a bit. And prices will not even rise very much. Biological agriculture – the only well-developed alternative to large-scale agriculture – saw much development as well after the Second World War. It productivity rose a lot. If agricultural policy changes, consumers will not have to start begging again.

In short, the New Food Consumption starts today. In part it will resemble much the Old Food Consumption. Productivity of crops rose over the past decades, a development that hasn’t ended yet. We will consume much more alternatives to meat; a movement that has come a long way already, in our home country the Netherlands. Meat alternatives become better all the time; within ten years we will even witness the artificial steak on our plates. We mentioned dairy from the lab already. And in the area of vegetables, consumers have by far not fathomed all opportunities – witness the field of cresses.

Even a country like the Netherlands, that based its agricultural earning model to a large extent on scale increase and exports, may choose to explore another pathway. But that has still to dawn on protesting farmers who might think that people like us steal their livelihood from them.

Conclusion: not just a Dutch phenomenon

Other countries as well need to reorganize their cattle breeding model. Regulation starts to hurt there as well. And rightfully so. A German farmer told us: ‘Development here will go the same way. The discussion lags the Dutch one by a few years, but that’s just because we have some more agricultural land at our disposal.’ We could give that an optimistic twist: the Dutch are going to explore the future agricultural model. A model that will look like the transition model pictured by the RethinkX project. In short, we will stop transporting kilos and litres. And we will develop sharing knowledge and applications in local and regional closed loops; with consideration of the interests of farmers, citizens and nature. In other words, nature inclusive.

Interesting? Then also read:
Towards precision agriculture with less environmental impact
Circular agriculture, the model of the future
Diversity is the key to new agriculture, says Louise Vet