You are here: Home / 2022 / March / A plant-based diet would have a major impact on climate change

A shift towards a plant-based diet could buy humanity a much needed pause in the growth of greenhouse gas emissions.

The plant-based diet and global warming

The effects of a phase-out of a meat-based diet would have a major effect on global warming. That is the outcome of calculations made by Patrick Brown (Stanford University) and Michael Eisen (UC Berkeley). Both authors are also employed by Impossible Foods, as the CEO and an advisor, respectively. Impossible Foods produces plant-based foods like the Impossible Burger.

The authors published their calculations in the open-access journal PLoS Climate (it came to our attention through Genetic Literacy Project). Moreover, they published all the raw data they used, as well as their calculations and the computer codes used. The outcome is that a plant-based diet will have a major effect. Firstly, it would largely remove the sources of methane and nitrous oxide emissions. Both are potent greenhouse gases that are relatively short-lived in the atmosphere, and will decay in a matter of years. Moreover, livestock breeding requires a lot of land for feed production. These areas can be reused for growing forests, and other natural areas that will capture atmospheric CO2. 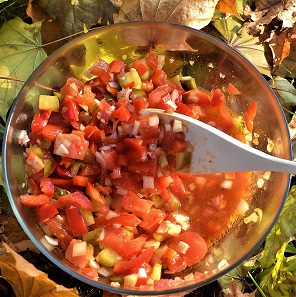 The plant-based diet: a powerful solution

In sum, the worldwide phase-out of animal agriculture, combined with a global switch to a plant-based diet, would effectively halt the increase of atmospheric greenhouse gases for 30 years. It would give humanity more time to end its reliance on fossil fuels. According to the authors, the phase-out of animal agriculture over the next 15 years would have the same effect as a 68% reduction of CO2 emissions through the year 2100. This would provide 52% of the net emission reductions necessary to limit global warming to 2oC above preindustrial levels (but remember: we rather need to limit global warming to 1.5oC).

‘Reducing or eliminating animal agriculture should be at the top of the list of potential climate solutions,’ Brown says to Science Daily. ‘I’m hoping that others, including entrepreneurs, scientists and global policymakers, will recognize that this is our best and most immediate chance to reverse the trajectory of climate change, and seize the opportunity.’ He adds that such a change will have a major effect on the food sector and that measures need to be taken to accompany its social effects.

It seems to be a matter of course that a shift towards a plant-based diet will reduce emissions of greenhouse gases. The authors claim that they now shed light on another effect, the ‘climate opportunity cost’, the potential to unlock negative emissions by eliminating livestock. Because the level of potent greenhouse gases will drop dramatically, whereas CO2 will be captured by growing biomass.

Brown and Eisen examined four dietary scenarios: an immediate replacement of all animal agriculture with a plant-only diet; a more gradual and, the authors say, more realistic, 15-year transition to a global plant-only diet; and versions of each where only meat from ruminants like cattle and sheep was replaced with plant-only products. ‘The combined effect is both astoundingly large, and – equally important – fast, with much of the benefit realized by 2050,’ Brown says. ‘The phase-out by itself would create a 30-year pause in net greenhouse gas emissions.’ Even replacing the meat from ruminants by a plant-based diet would still reduce emissions by 90%. 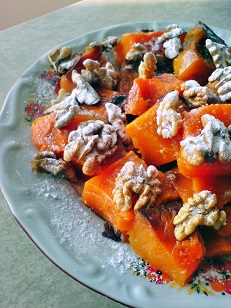 Whereas reducing meat consumption might seem utopic to some, Eisen and Brown point out that some impactful changes also took place very quickly over the past century or so. Electricity, cars, cell phones, solar panels, were all introduced over a very short time. And societal attitudes toward food are moving all the time. In case of breakthrough innovations, change might be much quicker than now generally expected.

Remember what we wrote about RethinkX recently. These authors propose that meat production through the cow will be ‘disrupted’ soon. They base this expectation on the low resource efficiency of the cow, combined with the low margins in the sector. If hit by a breakthrough technology that will produce comparable products more efficiently, this sector will not be able to survive, except for luxury products. RethinkX projects that ‘the cost of proteins will be five times cheaper by 2030 and 10 times cheaper by 2035 than existing animal proteins.’ And remember, we don’t have to substitute a plant-based product for the steak right away. Substitution might be much more sneaky, targeting ingredients of meat products first. Undermining the meat industry without consumers even being aware of it.

RethinkX judges that such a change will have beneficial effects in many areas. Among them sustainability, environmental quality, greenhouse gas emissions and antibiotic resistance. We summarize the technologies that perform such a trick under the name of ‘precision fermentation’. Through these technologies, we can copy processes that take place in living nature. Including those that produce the hamburger. And just to mention a recent example, 3FBIO in Scotland produces a high-quality protein, an efficient alternative to animal protein. Converting starch to protein using cost efficient feedstocks and selling it under the brand name ENOUGH.

‘The great thing about science is that, in the end, it all comes down to whether the conclusions are supported by the evidence,’ Impossible Foods’ Patrick Brown says. ‘And in this case, they are.’

Interesting? Then also read:
New protein sources will fill the gap
Synthetic food?
Seafood from the lab – will consumers like it?