Around the world, meat consumption is on the rise. People eat more meat as they become more affluent. But meat alternatives are becoming popular. They are fashionable; and their environmental footprint is much lower than that of meat. Moreover, their quality is becoming better. Will they contribute to reaching the goals of climate policy? 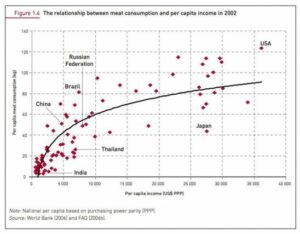 We don’t have to ban meat entirely

Humans need to take in 50-60 grams of proteins, on the average. These are supplied by plants, mushrooms, and by meat and fish. There are no ecological reasons for banning meat. For some natural resources only supply us with proteins through the intermediary of meat. Much agricultural land is boggy and doesn’t support any other crop than grass – inedible to humans but fine to cows. Moreover there are ‘waste streams’ like discarded food, that are excellent food for pigs. From this perspective, animals could supply us sustainably with 1/3 of our daily protein requirement. The other 2/3 would have to be supplied by plants like wheat, rice and soy; by mushrooms and new sources like quinoa; and possibly by insects. 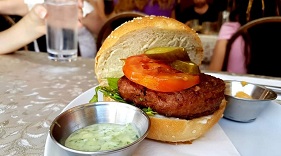 The old reason – not wanting to consume animals – is still valid. Urgent reasons have come on top of that. Meat often originates from factory farms, where animals live in awful conditions (link in Dutch). Fish is an important and sustainable food; but nowadays, much fish grows in farms. Which comes with problems. Salmon grown in farms will live in a small area; it will have to cope with salmon lice and antibiotics intake (link in Dutch). The ultimate argument: meat alternatives have a much smaller ecological footprint than that of meat. The website of Beyond Meat for instance, tells us that their meat alternatives use 99% less water than meat, 93% less land and 43% less energy. Moreover they emit 90% less greenhouse gases.

Meat alternatives will have to fulfil a number of requirements:
– they need to contain a sufficient amount of proteins, mostly originating from peas and soybeans, or from lupine; or alternatively from mushrooms
– they need to be tasty, often the result of the addition of vegetal oils and yeast extract
– they need to have a fibrous structure, imitating the ‘bite’ of meat (this is the most difficult part)
– they should contain minerals and carbohydrates
– they need to have the right colour. 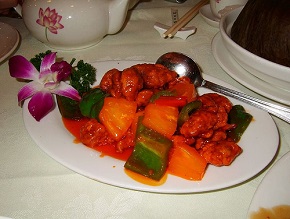 Meat alternatives in many kinds

There are two brands that operate on a different footing.
– At Valess (part of dairy concern Friesland Campina) they make their products on the basis of milk protein, eggs and algal fibres
– Quorn is produced from ‘mycoprotein’, the fermented roots (mycelium) of the mould Fusarium venenatum. Isolated from the soil of an English farm in 1967. The original quorn products contain egg protein as a binder – but as this meets with problems with vegetarians, they now also sell products that use potato proteins. Quorn is another product with a good sustainability score. It is 10x better than beef in CO2 emissions, and 20x in water consumption; in comparison to poultry, these numbers are 4 and 6. 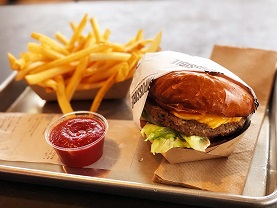 There is a lot of development (link in Dutch) in the market of meat alternatives. In the US, the Impossible Burger is a successful product. In the future, products based on algae, or on side streams of sugar beet processing, will come to the market. A new sector is that of fish alternatives. There are vegetarian fish sticks made from soy already, for instance from Odin. Their fish taste is derived from seaweed. A step forward are the products of Sea So Good, that claim to imitate the taste and texture of tuna fish.

And then, there is the development of vegan cheese. We make ordinary cheese from milk and rennet, two animal products. But now there is vegan cheese as well. For instance produced by Those Vegan Cowboys, a company with its roots in The Vegetarian Butcher. Much information here. But here too, confusion strikes: are all ingredients of vegetarian cheese really of vegetal origin?

Nuts, particularly cashew nuts, are at the basis of soft vegan cheeses. Most harder cheeses are made from coconut oil – a substance that is solid at room temperature. And soybeans too, make great feedstock for cheese. Together with vegetal oils, lactic acid bacteria and seasonings. All vegan cheeses are cholesterol free.

And then, finally, there are products that resemble real meat. Maybe not quite 100% vegetal in origin; the process always needs meat cells as a starter. But they are meat alternatives because they grow outside an animal. For instance, start-up Mosa Meat intends to ‘fundamentally change the food system’. As they say, meat production takes 80% of all agricultural land, and produces one fifth of all greenhouse gases. In 2013, they showed their first artificial burger to the global press. Now they rapidly approach the moment of introduction of their product on the commercial market.

In the meantime, Wageningen UR researches that difficult part of producing artificial meat: texturing the product. And an Israeli start-up claims that they can print vegetal meat with the texture of a steak. Many companies in this field still make use of fetal bovine serum, FBS. This substance is an excellent growth medium for young meat cells. It is retrieved from unborn calves, who die in this process. But Mosa Meat, according to their communication, has developed a process that does away with the need for FBS.

But then, my wife comments. Why would one wish to imitate meat? Isn’t it an admission of weakness, to imitate a product in as much detail as possible? Industry might assume that people wish to stay close to the original. As for us, we increasingly eat vegetal products that don’t resemble meat, like quinoa and mushrooms. Even though we still are flexitarians, like 2/3 of the Dutch population: eating meat occasionally.

Interesting? Then also read:
New protein sources will fill the gap
The battle of the burgers
Synthetic food?