Because of war conditions, Florey doesn’t succeed in securing more money or means for his project of scaling up penicillin production. He thinks that for the time being, having one kilo at hand would satisfy all his needs. He will have to use 5.000 m3 of fermentation broth in order to produce that. There is a shortage of about everything, and for any undertaking one needs to have a permit. But Florey finds a very receptive ear at the Rockefeller Foundation. They immediately grasp the major importance of penicillin: this can become larger than the sulfas! They organize funding and tickets for a trip of Florey and Heatley to the US. All to be kept in the utmost secrecy.

File for a patent, or not?

It appears to be a ‘project’ in its own right to obtain permission for the trip by plane through Lisbon to the US. In the middle of the preparations, the Ciba company in Switzerland asks for a sample of the penicillin mould, because of German interest in the product. For although circulation of scientific literature is severely restricted, news spreads nevertheless. The Lancet article has reached Switzerland through Stockholm, and from there it further spreads into Europe. In the end, they don’t send the mould to the continent; even though in previous years, Fleming had liberally distributed material to anyone who asked. 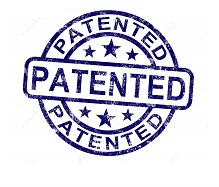 Still, Chain hasn’t yet found the chemical formula. But he moves heaven and earth in an attempt to file for a patent for their discoveries. Even if it were just to prevent someone else doing so, with the possible consequence that they, being the very developers of the knowledge, would have to infringe on that patent. But he miserably fails. It just isn’t an ethical thing to do, people tell him. One just doesn’t file for a patent as a university or a researcher, certainly not on results developed with public money. In the end, Chain’s insistence leads people to suppose that he, as a Jew, is after the money; he receives a warning that his career might be in severe danger, even his status as a refugee from Germany.

Trip to the US

In the meantime, they treat more patients. Four patients are being treated in May and June 1941, with mixed results. Meaning to say: the penicillin does fine, but some patients still pass away; by another condition than the infection, or because of a shortage of penicillin. Clearly a disadvantage of testing a new medicine on patients that have been given up! In retrospect, some researchers have calculated that all penicillin produced and used from early 1940 to mid-1941, equals the daily dose of one patient nowadays.

Florey and Heatley have to pay a visit to the censorship agency in London before leaving for the US. There, a civil servant who probably doesn’t understand the documents they intend to take with them, screens them all. More importantly, the Lancet will publish a second article; this needs to be prepared before they leave. The article is published on August 16, 1941. It is a long article, 12 pages, with a description of all details on production and equipment, an analysis of the animal tests and of the treatment performed on six patients.

Just one day before they leave, Florey tells Chain that Heatley and he will leave for the United States. Chain is totally surprised and devastated by the total lack of confidence shown by these events. This soured up their mutual relationship forever. Also because in the end, Chain’s position proves to be quite to the point. Particularly on the question whether or not to file for a patent for penicillin, whereas they do publish all details.

The trip to the States through Bristol, Lisbon, the Azores, Bermuda and New York in a spacy sea plane takes about a week. For a week, Florey and Heatley live in a luxury they haven’t seen for many years. Heatley doesn’t leave out of sight for a single moment his suitcase with penicillin and all documents; he worries about the temperature, too high for his precious product. The reception by the highest representatives of the Rockefeller Foundation is heart-warming. Florey doesn’t disappoint his funders and gives them a really genial and impressive presentation of all their work on penicillin. Heatley never saw his boss like that. The flashy presentation hits the mark. But even the people of the Rockefeller Foundation don’t judge filing for a patent to be required; moreover, the impending publication in the Lancet stands in the way of such an action. Florey has his doubts on the question if that would hold true in the US as well. After some deliberation, they decide that they need to get a pharmaceutical company on board that is willing to produce penicillin.

But events take a different course. The Rockefeller people and the Fulton family in New Haven, who have hosted the Florey children, inform all those who could possibly be involved in penicillin research and production. They make a jumpstart, to the amazement of Heatley in particular. Everything is different from in England. The Ministry of Agriculture takes the lead. Twelve days after their arrival in the US they are in Peoria, Illinois, and discuss penicillin production in all its detail with the regional laboratory of the Ministry (NRRL). The Ministry will be the recipient of any patents that ensue from their research. The idea of a submersed production of the mould comes on the table. And they discuss the use of fermented proteins and corn starch (corn steep liquor) in the growing fluid. As would seem befitting in the US corn belt. With two new colleagues, Heatley tries to revive the mould spores he took with him: England hater Andrew Moyer and Swiss fermentation specialist Guta Burkhard. For some time, developments slow down; for to Heatley’s despair, it takes a week for the spores to come to life.

Then, Florey goes on a roundtrip in order to find interested companies. He is assisted in this search by his old friend Alfred Newton Richards, whom he has learned to know during his stay in the US in the twenties. Richards presides, among others, the national committee for medical research and development. Florey is somewhat disappointed by the results of his roadshow. Nevertheless, four major companies (Merck, Squibb, Pfizer and Lederle) are willing to start research on penicillin, and its production. But some meetings are quite disappointing, like the one with the Canadian company Connaught. They judge the fermentation tanks to be much too large; and the chemists judge that growing the mould could become obsolete fast, as chemical synthesis might start soon.

Richards takes the lead in aligning the four companies that participate in the program; their cooperation is slow and hesitant. They engage in an equilibrium act: each participant has an eye on its own interests, the national interest, cartel formation and rights on patents and earnings. All four companies try to hear Heatley out or even enrol him. Production in Peoria doesn’t take off as quickly as desired; and at times, Moyer behaves rather mysteriously, we will return to that later.

Still no kilo available to Florey

Early October, Florey is back in Oxford; to his dismay he sees that production of penicillin has come to a halt during his absence. He blames Chain for that. He doesn’t succeed in getting the English pharmaceutical company Glaxo on board. But then Florey succeeds in enlarging much his ‘factory’ of penicillin, with the help of Gordon Sanders, a second Heatley. They start to use a lot of equipment from dairy factories, and centrifuges. Production is being sped up to 50 litres of fermentation fluid per hour. For two years, this is the largest production facility in Great Britain. But 1941 draws to a close and still, Florey doesn’t have his kilo in hand. They now pin their hope on the US. They ask Heatley to stay longer in the US and accept the offer made by Merck. According to Florey, this is the fastest way to obtain his kilo.

On the war front, things have gone ever worse for Great Britain. The battle of England has left the country devastated. On August 14, somewhere in the middle of the ocean, Churchill and Roosevelt conclude the Atlantic Charter that ensures help from the US, The eight-point charter will later provide the framework for the United Nations treaty in 1945. The Japanese attack on Pearl Harbor on December 7 finally draws the United States into the war. That will have major consequences for penicillin.