Eventually, a team of Oxford University succeeds in the production and purification of penicillin. But a strange team it is; it never grows into some kind of unity. It consists of Ernst Chain, Howard Florey, Norman Heatley, Margaret Jennings and Edward Abraham. Their research is their only point in common. Several books have described in much detail their backgrounds and education, and the start of their careers. Here we confine ourselves to a short resume.

Howard Florey (1898-1968) is a typical Australian, a little rough around the edges. He studies medicine at Adelaide University and comes to Oxford in 1921; in 1924 he passes his Bachelor exam. Subsequently he moves to Cambridge on a grant of the Rockefeller Foundation and there he takes his PhD. Part of this education is a 10 month’s stay in the US. In 1932 he is appointed professor in pathology at Sheffield University. In 1935 his dream is fulfilled as he is appointed professor in pathology at Oxford University. There, he is completely out of tune because of his course character and his unavoidable Australian accent. But his bold behaviour and his scientific achievements keep him afloat. He has to devote a disproportionate amount of time on securing funding for research, labs and staff. Often, the Rockefeller Foundation helps him out. People differ in their opinions on his role in the restart of penicillin research. Many historians assume that much of his role has been painted in afterwards, when penicillin became a success. 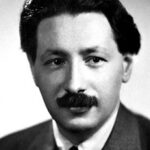 Ernst Chain (1906-1979) is born in Berlin, son of a Jewish family from Eastern Europe. Like his father, Chain becomes a chemist; he graduates in 1930 at Friedrich Wilhelm University. The rise of Nazism is one of the reasons why he looks for a continuation of his career abroad. Through Paris, he arrives in England in 1933. He never forgives himself that he hasn’t been able to rescue his mother from death in a German concentration camp. After two years in Cambridge, he comes to Oxford in the position of assistant professor in pathology in the group of Florey. Here he works on snake’s venom, tumour growth and lysozymes. The latter subject puts him on the trail of Fleming. He unequivocally establishes that lysozyme is an enzyme and also establishes its gross formula. He also discovers that its antibacterial action stems from pinching the bacterium’s cell wall. By now it is 1938. It is difficult for him to cooperate with his boss Florey. Their characters are very different. Chain is an educated man, plays the piano and speaks five or six languages. He is an attractive man with black curly hair and a moustache. Within the organization he behaves along the lines of German hierarchy. His subordinates have to follow his orders, he doesn’t show any gratitude and he is overly attentive to his superiors. He is not at all ‘typically English’, much like Florey. 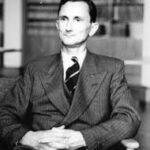 Norman Heatley (1911-2004) is quite the opposite, every inch an Englishman. He comes from Suffolk and loves sailing. He studies natural sciences in Cambridge and takes his PhD there in 1936. After his PhD, Chain takes him on in Oxford. But their characters are quite incompatible. In the team, Heatley is the man with the magic fingers. An analytically minded man and very handy in the construction of all sorts of equipment and experimental devices. All biographers agree that Heatley’s work has been essential for the development of penicillin. But the personal relationship with Chain is so bad that he is only prepared to work on penicillin together with Chain if he will have Florey as his direct superior. A cooperation that will last for more than thirty years. 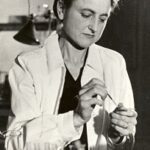 Margaret Jennings-Fremantle (1904- 1994) starts working with Florey in 1936. Her own task is primarily in the performance of animal tests, but she is essential in smoothing out Florey’s imperfections. She explains what he intended to say if he has said something undiplomatic again; and she takes care of rewriting his publications in correct English. In 1967 they marry. Florey’s first wife has then passed away and Margaret is divorced. 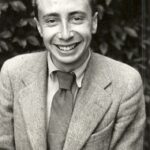 Edward Abraham (1913- 1999) comes in 1940 as a reinforcement to the Oxford team, unexpectedly. His a chemist and took his PhD there. He is the first who succeeds in crystallizing the aforementioned lysozyme, the condition for the establishment of its structure in 1966 by David Phillips. Because of the war, he needs to break off his research in Stockholm. The Rockefeller Foundation funds his post.

Work on lysozyme draws to an end

We cannot clearly establish anymore with any certainty how the team resumes work on penicillin in 1939. For Florey, the essential condition is the umpteenth request to the Rockefeller Foundation. The answer is that conditions are quite difficult and that he will have to come up a very strong long-term project in order to stand a chance. The best candidate is research into antibacterial substances, antibiotics; together with Chain. Chain’s work on lysozyme draws to an end; but with regards to penicillin, he is stuck with the same questions as Fleming ten years earlier. Early 1938, Chain comes across Fleming’s publications on penicillin. He supposes too that penicillin punches a hole in the cell wall of bacteria, just like lysozyme. But now in the cell wall of the dangerous staphylococci. Could penicillin be an analogue to lysozyme, being produced by a mould rather than by bodily fluids like mucus, saliva or tears? Chain’s thoughts also go in the direction of a common ingredient or molecule in dangerous bacteria’s cell walls; then he needs to isolate and characterize it.

Whatever penicillin’s makeup, Chain needs to have it in hand. Fortunately, at the other side of the corridor, his colleagues Margaret Campbell-Renton and Georges Dreyer still have cultures of the mould. Kept alive for years after an unsuccessful investigation into bacteriophages; now in use in their influenza research, for cleaning up unwanted bacterial strains. Back in his own lab, Chain doesn’t succeed in reproducing Fleming’s results. He concludes that penicillin cannot be an enzyme – it is a simple molecule. It might be unstable, but to him that doesn’t seem an obstacle to isolate, purify and characterize it. If you can store it in the refrigerator, he reasons, a good chemist should be able to do that. And Fleming and his colleagues weren’t good chemists, in Chain’s opinion. Now he has the help of Heatley’s magic fingers and proves that he is right. 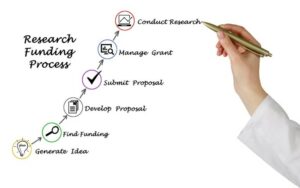 Obtaining funds for research has not changed a lot in the last 100 years; it is still a demanding process. Shutterstock: 621423260

Chain restarts work on penicillin; but funding is still in the balance. Florey secures funds from several British sources, but these require from his part all kinds of medical services, in preparation of the war with Germany. The decision of the Rockefeller Foundation on their application will be decisive. The proposal is made on September 6, 1939, three days after Britain’s declaration of war with Germany. Chain’s hand is clearly perceptible in Florey’s proposal: production, collection and purification of penicillin are supposed to be done within a few months. Much more optimistic than Florey would ever formulate a proposal. We don’t know if this optimism helped in securing the funding. We do know that on March 1, 1940, money comes in for the first year of research. The proposal spans three years. The funding is for research on antibacterial products, one of them being penicillin; and on actinomycetes (soil-borne bacteria that produce antibiotics through their mycelia, like streptomycine). The war also comes with a pleasant surprise: Edward Abraham joins the team. He worked in Stockholm on a Rockefeller grant, but now joins Florey’s group, and takes his funding with him.

Tags: Background, Medicines, Research
By: Alle Bruggink
on: 29 May 2021