You are here: Home / 2021 / June / Bioweapons and super soldiers, genetic technology for warfare

The Conversation recently devoted attention to the opportunities of genetic technology for warfare. Sure, there are international agreements overseeing (and restricting) such opportunities. But technology evolves all the time. Nations tend to explore the edges of what’s allowed, so we need to update the agreements. 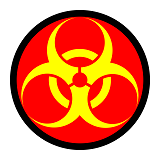 The UN Biological Weapons Convention oversees the opportunities of biological warfare. It entered into force on 26 March 1975 and currently has 183 States parties. But as technology evolves, loopholes tend to appear in formerly tight regulations; according to James Revill in The conversation in 2017. Even though in December 2016, all parties declared their continued determination ‘to exclude completely the possibility of the use of (biological) weapons, and their conviction that such use would be repugnant to the conscience of humankind.’

But nations do explore the opportunities of genetic technology for warfare, writes Yusef Paolo Rabiah in The Conversation. The US have Darpa, the Defense Advanced Research Projects Agency. In 2019, Darpa announced that it wishes to explore genetically editing soldiers. It has also invested over $65 million to improve the safety and accuracy of genome-editing technologies. The UK recently announced an £800 million Advanced Research and Invention Agency (Aria), modelled after Darpa. The Chinese military seem to be conducting human experimentation in an attempt to biologically boost soldiers. In Russia, the military is looking to implement genetic passports for its personnel, allowing it to assess genetic predispositions and biomarkers, for example, for stress tolerance.

The driving force behind this possible new arms race lies in the expanding opportunities and falling prices of genetic technology; in particular CRISPR-Cas. There are two main areas into which this technology could expand. The first is the weaponisation of viruses or bacteria. These include smallpox or tuberculosis, and could be extremely destructive. 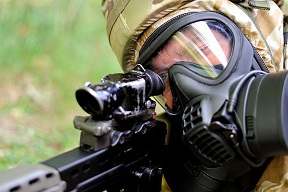 The second is the development of a ‘super soldier’. This looks sci-fi, but several countries are looking into this. Darpa intends to explore genetically editing soldiers to turn them into ‘antibody factories’; they would be made resistant to chemical or biological attacks. And some reports suggest that that China would use CRISPR to ‘boost troops’ combat effectiveness’. No further details are given, however.

In France too, military research is done in genetic technology for warfare, with the aim to enhance soldiers. For instance using implants that could ‘improve cerebral capacity’. But unlike other nations, France has indicated to what extent they are willing to walk this road. According to the minister of the armed forces, they will support Ironman, but not Spiderman (Ironman gets his superpowers from a suit whereas Spiderman is bitten by a radioactive spider).

The production of deadly bacteria and viruses may have been made easier or cheaper than before. But that doesn’t mean that terrorists can do that; it still requires a modern lab with adequate safety measures to do the trick. Moreover, having access to the deadly weapon isn’t enough. One needs to drop a bomb and disperse the deadly material. And secure in some way that the attackers themselves will not be affected. At present, this is well beyond the reach of terrorist groups. Although more accessible by state agencies. On the other hand, the latter can better be brought under the supervision of an international body in the framework of an agreement.

So the ‘sci-fi’ production of perfect soldiers might be the remaining new opportunity created by cheap CRISPR. Even though we doubt that genetic technology can arrive at that result. Preventing such a hostile exploitation of the new technology cannot be achieved by single states; it needs to be addressed by updates of international agreements. Imperfect agreements leave loopholes; states could then decide to venture into them. And although agreements may never be perfect, at least they pose a barrier. And they help shaping an environment in which producing biological weapons carries too many disadvantages. Which might deter nations form pursuing such a course.

But then, on balance, the information war could be a much bigger threat than the development of new biological weapons. By controlling information, ultimately penetrating peoples’ minds, the military doesn’t need to eliminate soldiers or people anymore.

Interesting? Then also read:
Engineering life will require responsibility and control
Can we engineer life? Novel plant breeding techniques
The bioscience of immortality