Biotechnology has now reached the point that some researchers target rejuvenation as their goal, ultimately in humans. With a slight hint of immortality behind the horizon. But if we look more carefully, they are still far removed from those targets. Which will not hold back some wealthy senior citizens, fearing decline, to donate large sums of money to this research. 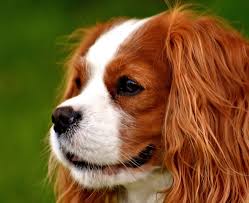 Immortality as a business proposal

True, immortality is an elusive goal, as yet. Even rejuvenation has not been proven as such, even not in mice. Although we cannot be sure of that, as the newly founded company Rejuvenate Bio is very secretive. Even its website does not contain any information. But they have issued a leaflet through which they look for Cavalier King Charles spaniels for treatment. These dogs have well-known hereditary problems, among which a heart ailment, mitral valve disease, that kills about half of these tiny dogs by age 10. Rejuvenate Bio hasn’t publicly disclosed what its dog therapy will involve, but its lead scientist Noah Davidsohn has performed a similar treatment on mice, according to MIT Technology Review. ‘That involved using gene therapy to block a protein, TGF-beta, termed a ‘master switch’ in the process by which heart valves scar, thicken, and become misshapen, the same process that afflicts the dogs.’

It may be a master move by Rejuvenate Bio to try and gain a foothold in the US pet market, before moving on to the much more public and riskier business of rejuvenating humans. Americans are well known (and sometimes ridiculed) for the vast sums they spend on their beloved pets ($20 billion just on the vets bills). But if successful, wealthy senior citizens will know how to find the company. Maybe they do, already. Ideas hinting at immortality are finding an audience in Silicon Valley, says MIT Technology Review, where billionaires like Peter Thiel look upon the defeat of aging as both a personal imperative and, potentially, a huge business that would transform society. 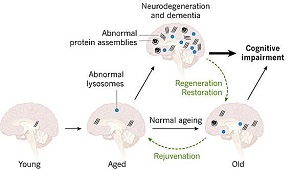 The principles of immortality bioscience

The technology in question: gene therapy

But then, how far is technology of rejuvenation, really? First of all, we can’t just stuff new DNA into an old cell. But we can modify certain viruses to make them harmless to dogs (or humans, for that matter), and insert ‘new and improved’ DNA into the virus. If this is then injected into the cell, it will introduce the new DNA into its nucleus. This is gene therapy. This is doable on individual cells, and now also on tissues in the lab. It has been reported that with gene therapy applied to mice, it is possible to return cells (how many? which ones?) to a state of youthfulness that corresponds to the embryo. More meaningful results have not been reported, so far. As said, Rejuvenate Bio is very secretive. A next target would be to get multiple cells to reset themselves to a youthful state, in a living organism. Results unknown. Then, upgrade whole organs or body functions to a younger state. Still harder. A human being consists of some 100,000 billion cells. Would each and every one have to be returned to a state of youthfulness? Or just one percent of them (i.e. still 1,000 billion)? We don’t know. The Biofuels Digest, that devoted an article to this research, notes that the potential for unintended consequences and unfavourable trade-offs seems to be quite large. For instance, changing a gene that damages the heart could have negative effects on other organs. And the treatment may not be effective at all. Some people judge that so far, the entire therapy is a hype; or that there should be solid evidence of successful therapies on mice before moving on to dogs.

Immortality, or rejuvenation moving out of hand?

George Church, the MIT scientist who inspired this research, would volunteer as a guinea pig on his own therapy, so he tells the press. But again, this is not without risk. If we succeed in rejuvenating cells within the body, where will this process stop? Will we be able to determine at all at which stage cells will stop rejuvenating? If not, some could go on to evolve back to a more primitive state, maybe ultimately to the state of stem cells, and from there start developing in a random direction, which could possibly lead to life-threatening situations. If I were George Church, I would try to make sure on beforehand that this won’t happen. And then, one question that I have not seen answered in the literature, is whether all organs would rejuvenate simultaneously, or whether maybe we could target some specific organs, say the liver, which would open up new vistas for the alcohol addicted among us. 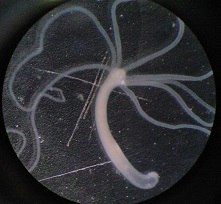 Another line of inquiry is into the hydra, a small freshwater invertebrate and a mysterious little creature that does not age at all. In this sense, it has already cracked the mystery of immortality. If you chop up a hydra into several segments, each segment will grow into a new hydra. Even if we blend one up, being left with a soup of cells, and ball these up in a centrifuge, they will reorganize and eventually form a new hydra. So we see why this little creature was named after the mythical beast that grew two heads for each head that was cut off. But honestly speaking, hydra research has not progressed very far yet – and that also leaves unanswered the question to what extent its outcomes could be important to human longevity. It seems that all research is still very far from producing tangible results.

The quest for immortality may stay with us

And yet, as Biofuels Digest comments, many people will want their pet dog to wag their tail again with puppy vigour for years, or even decades longer. Just a simmer of hope may induce them to empty their pockets. And as for humans, dying isn’t popular, and since you can’t take it with you, the potential investor pool for immortality science is broad and deep. So whatever the state of the research, the suggestion of immortality through science is bound to stay with us for quite some time.

Interesting? Then also read:
Controversies on genetic modification, part 1: why to support it
Synthetic biology: health, fashion and ethics
Can we engineer life? Gene technology is the key