You are here: Home / 2018 / July / Rejuvenation through biotechnology, for whom?

In the entire discussion on biotechnological rejuvenation, very few researchers ask the question why this should be a goal worth pursuing. 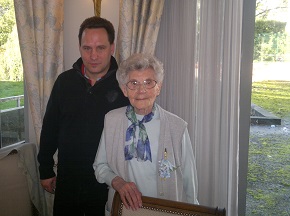 How old would people like to live? Photo: Antoinette Melis, 105 years.

We return to the observation made in the first article in this series: in the quest for healthy aging, or even rejuvenation, death is kept carefully out of sight. Whereas death is an integral part of growing old. Even if we should live to 130 in the body of a 22-year-old, the ideal of scientist George Church, death is likely to follow, perhaps at 131 – or could science extend life to 260? It makes no sense that death is not discussed at this level. Yes, some authors do, like Theodore Cosco, Stephan Blossom and Carol Brayne in their article ‘Deathless models of aging and the importance of acknowledging the dying process’. They write: ‘By omitting death and dying from positive models of aging, the opportunity to make the processes of dying as ‘successful’ as possible is missed. Making the best of dying does not necessarily mean staving off death at all costs, but finding the means through which positive mental and physical states can be fostered.’ Wouldn’t the quality of dying be at least as important as the quality of life? Because the fear of death is at least as much fear for the process of dying, as fear of not being there anymore. Perhaps we should follow the suggestion of these authors and discuss ‘successful aging’ instead of ‘healthy aging’, let alone rejuvenation.

But also the mere idea of wanting to prolong human life through rejuvenation needs to be discussed. This is the subject of an article by Martien Pijnenburg and Carlo Leget: ‘Who wants to live forever? Three arguments against extending the human lifespan’. Gradually, we move into the realm of philosophy rather than that of science. The authors formulate three objections to research aimed specifically at extending life span. The first relates to justice. The anti-aging therapies about to be developed will just benefit the wealthy and extend their already long lives, in a world that is characterized by very large differences in lifetime expectancy. Much more could be gained, in terms of years lived, if research funds were spent on finding cures for the diseases that kill many people in developing countries, and their application. The second argument relates to human beings as social creatures. ‘Living longer is valuable,’ the authors write, ‘only if it results in living longer in meaningful relations. Quality of time outweighs quantity of time. The real ethical challenge for aging societies, therefore, should be how to improve the conditions for life as a life in community, and not how to stop aging as such.’ Their third argument is about the meaning of life. The authors argue that mankind’s spiritual traditions value ‘decentring of the self’, as opposed to the egoistical pursuit of personal happiness. These traditions would therefore point towards loss of interest in self‐preservation and extension of the biological lifespan, rather than the wish to live longer individually. ‘Modesty and the ability to give priority to seeking self‐flourishing by seeking the flourishing of other people seems to be a sign both of happiness and of a meaningful life.’ 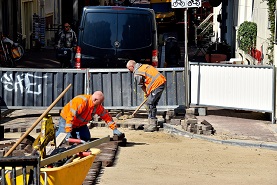 Rejuvenation, the attempt to avoid the unavoidable

In short: what else is the pursuit of a longer life through rejuvenation than the egoistical attempt to avoid the unavoidable? Healthy but deathless aging? Those who promote this cause tend to look upon prolonged life as pleasant and worthwhile, as long as it is in the body of a 22-year-old. This focus on the physical aspect of aging reminds us of what is left out of the equation: our mental and spiritual life. In literature and philosophy, on the other hand, this aspect prevails. Almost every author dwells, not on the bliss but on the boredom of prolonged life. What can we meaningfully do when the rhythm of life has been disrupted through rejuvenation? Would the 130-year-old in the body of a 22-year-old go to work each day, as a teacher, a road worker or an accountant, as most 22-year-olds do? No, of course not, people having this ideal rather imagine that they will be in a state of eternal dolce-far-niente. Which, as we view the reality of condominiums built for wealthy senior citizens, boils down to daily light gymnastics, golf or savouring health drinks if not sugar-free gin tonics. Where boredom is so prevalent that it shows bad taste to mention it. Where death, if it happens to pass by, is quickly removed, in order to give way to continuation of business-as-usual.

I therefore take a primarily ironic view of this craving for rejuvenation. If successful, it will disrupt the rhythm of life, and most likely leave the unlucky guinea pigs with eternal boredom. On the other hand, in our hyper individualistic Western society, we will not be able to stop people of considerable means to empty their pockets into the hands of slick researchers who suggest bliss rather than boredom. Rejuvenation – what a shallow goal to pursue.