Last January, the news that a Chinese team of scientists had cloned macaque monkeys drew a lot of attention. Discussion was quick – too quick – to focus on the question if cloning monkeys could lead to cloning humans. But the real question might be: what is the goal of this research? And are there other ways to get there? Like: developing organs-on-a-chip, a testing method for medicines that does not require animal testing. 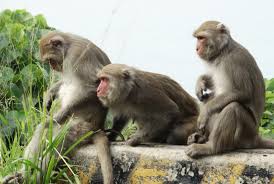 Qiang Sun and colleagues at the Chinese Academy of Sciences Institute of Neuroscience in Shanghai cloned macaque monkeys like these. Two of them, called Zhong Zhong and Hua Hua, were born as healthy animals.

Cloning monkeys is quite troublesome

Since some twenty years, researchers have cloned mammals. Like sheep (Dolly the sheep) and cows (Herman the bull). The technique consists of removing the nucleus of an egg cell, and replacing it with the nucleus of a body cell. The resulting cell is equivalent to a fertilized egg cell, and is capable in principle to evolve into a normal animal. Success rate is very low however. Producing Herman required modification of 1154 egg cells, of which only Herman survived; Dolly the sheep was the single success of 277 attempts. And in spite of new scientific techniques, cloning monkeys in the Chinese lab still required 79 attempts. Most attempts fail: if the fertilized cell grows into an embryo at all, the vast majority of babies have deformities or die early from causes like heart failure or respiratory problems. Most probably, many of them suffer before they die. Apparently, the mother womb has unsurpassed properties for nurturing the fertilized egg cell, properties that cannot be reproduced in the test tube. So why do scientists venture into this area?

The object of the research is almost never to produce identical animals. For instance, if one would try to produce clones from racing horse winners, the results would be disappointing – for the conditions in the womb and in early life are just as important as the makeup of DNA. ‘Rather, researchers want to combine cloning techniques with other methods in order to efficiently change animals genetically – much quicker than traditional animal breeding methods that take decades to make changes in populations of species such as cattle,’ says George Seidel of Colorado State University. Researchers gene-edit the donor cell before it is injected into the egg cell. In this way, says Seidel, they have been able to breed pigs resistant to the serious and contagious illness caused by the PRRS virus; and cattle that cannot develop mad cow disease. 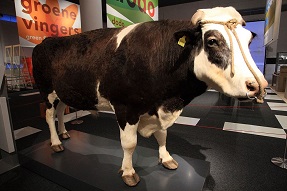 Herman the bull (1990-2004) was the first genetically modified bovine in the world. His remains are stuffed and on display at the Naturalis Museum in Leiden (The Netherlands).

But in the case of cloning monkeys, the goal is to develop therapies rather than offspring. Researchers want to breed cloned animals for tests of newly developed medicines. If the test animals were to be identical in their genetic makeup, the tests would require much fewer animals in order to arrive at statistically meaningful results. For then, different reactions among animals could more easily be attributed to the drug administered to them. Chinese researchers target brain disorders like malfunctioning of the ‘body clock’ or Parkinson’s disease, as a major field of study in cloned animals. The next steps might target Alzheimer’s disease or cancer, according to the New Scientist. Researchers intend to gene-edit donor monkey cells before these are injected into the egg. This could produce monkeys having the relevant disorder, that could be studied for the effect of prospective medicines on them. According to Nature, China is preparing itself to be the global leader in primate research. And the city of Shanghai is planning major funding for an International Primate Research Centre, that will produce clones for scientists around the globe.

Now this may seem scary to some readers. Particularly if cloning monkeys would end up in cloning humans, a subject that immediately popped up in public debate. People might imagine that we embark upon a slippery slope that would start with billionaires wanting clones of themselves, and end in some dictator controlling mankind through genetic editing. But the upshot might be much smaller than suggested both by the researchers, and by those who worry about the consequences. As Cecile Janssens noted in a thoughtful article, just a very small number of human traits is determined by a single gene. Among those mentioned are beta-thalassemia (a severe blood disorder), sickle cell disease and Duchenne muscular dystrophy. Her article considers CRISPR-Cas9 repairs of the human genome, but the argument is equally valid for cloning monkeys for research on, for instance, Alzheimer’s disease. Researching a set of genetically identical animals would remove just one of many sources of variety – imprecise factors like lifestyle, or maybe dozens of genes, are likely to have a major influence on Alzheimer’s outcome. Those fearing a new round of manipulation of the human genome might be comforted by findings that only a few traits and diseases have an estimated heritability higher than 90%. Intelligence and higher-level cognitive function are around 50%, muscle power at 70% and temperament and personality at around 45%. Cloning monkeys with the goal of studying traits with low heritability is likely to end up in nothing.

Another fear that might come up when reviewing the prospect of cloning monkeys, is an increasing deployment of animal tests. Personally, I dislike animal testing, and I applaud any scientific development that could reduce the use of this instrument. And what else would be done in the intended International Primate Research Centre in Shanghai than producing monkeys, in order to perform tests on them (even disregarding that many of them would be born with major defects and then discarded)? But here, another scientific development may become important: the development of organs-on-a-chip. True, this research is still in an early stage. Organs that have been simulated include heart, lung, kidney, artery, bone, cartilage and skin. The organ-on-a-chip facilitates the study of the effect of medicines on those organs – precisely the kind of effects that researchers cloning monkeys intend to study. So far, organs-on-a-chip have been imperfect representations of the real organs in the human body, notably because such organs are separated from the rest of the human body (but then, test animals are imperfect representations of the human body as well). Therefore, much work needs to be done in order for this line of research to provide convincing proof of the effect (and the absence of side effects) of new medicines. Nevertheless, researchers hope that one day, they might do away with the need for animals in drug development and toxin testing.

In many Western comments on cloning monkeys, there is an undercurrent of distress resulting from a double fear. The fear that Western values might be disregarded and replaced by much more lenient Eastern standards on animals testing; and the fear that through such testing, the East might technologically overtake the West. As for the first fear, Calvin Wai-Loon Ho of Singapore University contradicted it, arguing that in the much-debated CRISPR-Cas9 experiments on human embryos, the Chinese researchers followed protocols that are also accepted in the West. Likewise, in cloning monkeys the Chinese researchers followed the steps of their Western colleagues, they just took the research one step further by targeting monkeys. And as for technological competition: with Wai-Loon Ho, we might just as well welcome it. To which we must add of course, that the importance of this research might be much less than imagined both by the researchers and their Western critics – as argued above.