With great speed, genetic modification penetrates into our society – the biobased economy depends on it to a large extent. It does not evoke much discussion; ignorance and complacency abound. And yet, we increasingly need that discussion, as exemplified by recent Chinese research into genetic modification of human embryos. The scientific community tends to oppose such research – but what is the public opinion? 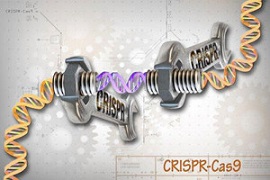 Genetic modification is propelled by a consistent, almost explosive acceleration of reading out DNA-sequences, with concomitant cost reductions. Around the turn of the century, reading out the human germline (the chemical composition of DNA) cost half a billion dollars, and it took years to do so. Now the price is in the order of a few thousand dollars, the work takes a few days. And for the time being, this development will continue. A parallel to Moore’s law can easily be drawn (this states that the complexity of chips will double every 1½ to 2 years). And the acceleration of reading out DNA sequences is complemented by the technology of cutting and pasting DNA strands. The Chinese used CRISPR, a technique ‘borrowed’ from bacteria. Developed quite recently, and very cheap already – an entire CRISPR lab is reported to cost no more than $ 2,000. Under conditions like that, new developments might come very fast indeed.

Do we still ‘have’ to do what is scientifically possible? And if not, what are our chances to stop far-away researchers? In other words, what is the envisaged success rate for a moratorium on such a supposedly unethical technology? Of course, genetic modification of human embryos might have excellent applications. In principle, hereditary diseases have genetic causes, and therefore could be prevented by genetic modification; diseases like cystic fibrosis or hereditary blood diseases (that was the target of the Chinese research). And possibly, researchers might incapacitate DNA elements that render people vulnerable to virus attacks (which could render ineffective the HIV virus, for instance). But once the technology in place, babies on demand would not be unthinkable. Brighter kids might become much in demand. 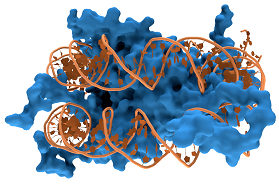 In cells, DNA strands are surrounded by proteins called histones, that structure them.

Tinkering with human embryos has been the subject of discussions among scientists for many years. Consensus had grown against research on genetic modification of human embryos. More than forty countries and a number of human rights organisations had spoken out for a moratorium. But after publication of the Chinese research, everything is in the air again. Of course many comments were negative. ‘No researcher has the moral warrant to flout the globally widespread policy agreement against altering the human germline,’ commented the Centre for Genetics and Society CGS. ‘The medical risks and social dangers of human germline modification cannot be overstated. Creating genetically modified human beings could easily lead to new forms of inequality, discrimination and societal conflict.’ And ten days after publication of the Chinese research, the US National Institute of Health announced that they would not allow any such research funded by them.

But not everyone is for a moratorium. British researcher Robin Lovell-Badge said: ‘I am fully supportive of research being carried out on early human embryos in vitro, especially on embryos that are not required for reproduction and would otherwise be discarded. If the techniques work, there are many interesting questions that could be asked about the role of specific genes in early human embryo development…. While we work towards using the methods to make disease-resistant crops and animals, should we deny this possibility for humans?’ 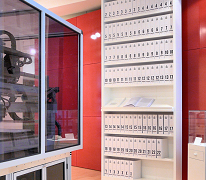 In order to give an impression of the magnitude of DNA information in the human genome, the ‘Medicine Now’ room at the Wellcome Collection, London transcribed the 3.4 billion units of DNA code into more than a hundred volumes, each a thousand pages long, in type so small as to be barely legible.

GM babies will not appear soon

For the comfort of those who fear that GM babies might be born at short notice: the Chinese research was very unsuccessful. The researchers changed the DNA in 86 embryos. After 48 hours, 71 of them were still alive. The DNA sequence was established with 54 of them. In a mere 28 embryos, the DNA had been cut at the correct place and in just 4 cases, the new sequence had been correctly inserted. Moreover, there were many unplanned mutations. The leader of the research Junjiu Huang said to Nature that working with viable embryos, one would require a success rate of almost 100%; therefore his team will only carry on this line of research after having ameliorated appreciably their method.

Genetic modification of human embryos is a very specific branch of genetic research. But a very vulnerable, and very iconic branch. People have consciously or tacitly accepted that their medicines, beers and cheeses are produced by the intermediate of GM microorganisms. Second generation biofuels would not be possible without genetic modification. It would be quite unfortunate if these processes would come under attack because of an action by Chinese research groups. It is of major importance that the public is informed about technological achievements so far, and becomes aware that it needs to have an opinion on these issues.