We always learned that Alexander Fleming discovered penicillin; but penicillin-like substances have been used in medicine throughout the ages. In fact, we might use these historic practices as a source of inspiration for new therapies. Particularly in order to overcome resistance, the problem that 100 years of use of antibacterial agents have demonstrated to us so clearly. 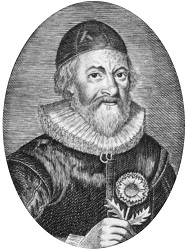 In ancient cultures, like in Egypt, Greece and India, doctors often used moulds in order to contain infections. Imhotep, an ancient Egyptian practitioner, for example, used mouldy bread to treat infections of the face. In more recent folk medicine, doctors also used moulds on infections. Mouldy jam and mouldy bread were used in folk-based therapy in Europe. Poultices made from mouldy chewed barley and apple have long been used in Asia to cure surface wounds. In more recent history there are more mentions of such practices. In 17th-century Poland, people used wet bread mixed with spider webs (which often contain fungal spores) to treat wounds. And in 1640, John Parkinson, the King’s Herbarian, wrote about the idea to use moulds as a form of medical treatment.

And of course, ancient medicine made use of medicinal plants and plant extracts. The most versatile of these is garlic. In course of time, it has been thought to cure almost any ailment, from depression to rheumatism and from high blood pressure to constipation. It was given appropriate names, like ‘Russian penicillin’, ‘natural antibiotic’, ‘vegetable viagra’, ‘plant talisman’, ‘rustic’s theriac’, ‘snake grass’ etc. Garlic has a slight, imperceptible smell until it has been peeled. It contains an oil that contains several aliphatic unsaturated sulfur compounds, responsible for its smell and action. Among them allicin, a strong antibacterial agent. A related substance is alliin, crystalline and odourless. However, with enzyme alliinase from fresh garlic, it produces allicin. Modern views on garlic confirm that it has a positive effect on almost every part of the human body. Nevertheless, it has been avoided or even banned in the past, only because of its sharp and unpleasant smell.

The first modern antibiotic used in hospitals to treat human infections was pyocyanase. By the end of the 19th century, Rudolf Emmerich and Oscar Löw discovered that the green bacteria isolated from injured patients’ bandages inhibited the growth of other microbes. They grew the organism (Pseudomonas aeruginosa) in batches and used the supernatant as a medicine. Unfortunately, the effects were mixed. The medicine did not work equally on all patients, and the medicine might also contain toxic substances. As a result, the drug was eventually abandoned. 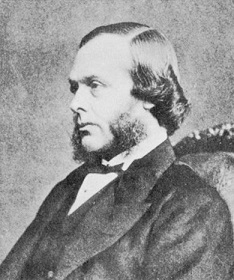 Recent research shows that quite a number of scientists discovered the antibacterial properties of Penicllium moulds before Fleming did. But either they could not isolate the mould, or correctly identify it. Or their papers were neglected and forgotten. In the 1870s, Sir John Scott Burdon-Sanderson in London observed that culture fluid covered with mould would produce no bacterial growth. Similarly, Joseph Lister (an English surgeon and the father of modern antisepsis) and Welsh physician William Roberts (who coined the term ‘enzyme’) observed that cultures of Penicillium glaucum tend to prevent bacterial contamination (pencillium glaucum is the mould in blue cheese; it is closely related to penicillium notatum that produces penicillin and at that time, it was hard to distinguish the two). Other researchers as well, including John Tyndall, Louis Pasteur and Jules Francois Joubert observed that bacterial cultures could be inhibited by penicillium moulds.

Most astonishingly, several researchers correctly identified penicillium moulds a s antibacterial agents and published about it, but their publications went unnoticed. This happened to Vincenzo Tiberio, an Italian physician at the University of Naples. In 1895, he published research about moulds initially found in a water well in Arzano; but his article was in Italian and was never quoted in foreign studies. Two years later, Ernest Duchesne at École du Service de Santé Militaire in Lyon discovered the healing properties of a Penicillium glaucum mould, that even cured infected guinea pigs of typhoid. He published his dissertation in 1897 but this was ignored by the Institut Pasteur. Finally, Andre Gratia and Sara Dath at the Free University of Brussels, Belgium, studied the effects of mould samples on bacteria. In 1924, they found that mould extracts could kill many different bacteria. They reported their findings in the Comptes Rendus Des Séances de La Société de Biologie et de Ses Filiales and identified the mould as Penicillium glaucum. But again, these findings received little attention. These antibacterial agents and their medical value were not fully understood; moreover, Gratia lost his samples.

There are good reasons to pay attention to such historical examples, and – if so required – revive them. This is because, just 100 years after the introduction of antibiotics, we run into the problem of resistance. Could a recourse to old medical practices be useful in this respect? One study looked again at moulds found in apple, beetroot, lemon and orange. They found that mycelium of all fruits and vegetables inhibited Staphylococcus bacteria including its resistant strain MRSA. They raise the question if mycotherapy (therapy with moulds) based on such products might be used in order to prevent resistance. Particularly because such moulds not just contain penicillin, but also the closely related compound patulin. But they also note that moulds from rotting fruit cannot be precisely characterized. Therefore doctors can only use such cures in case of emergency, when no other medical intervention is available. For instance after a nuclear war, or during local extreme living conditions such as in prisoner of war camps. Under such extreme condition such treatments could prove the difference between life and death for a patient suffering from a critically infected wound. Other researchers investigate mediaeval medicine, again to discover whether they can find medical practices useful to us. With the aid of modern technologies, they hope to unravel how premodern physicians treated infection and whether their cures really worked. 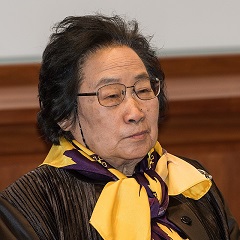 That research into these areas can be successful has been proven in China. Such a search produced artemisinin, now the world’s most powerful antimalarial drug. The origin of this discovery goes back to a request in the 1960s by North-Vietnamese leaders to Mao Zedong to find an adequate treatment for malaria. The Chinese started a secret plant screening research program in 1967, code-named ‘Project 523’. In the course of this research in 1972, its leader Mrs Tu Youyou discovered artemisinin in the leaves of Artemisia annua. She connected a two thousand year old Chinese treatment of malaria with artemisia extracts, to modern chemistry. For her work she received the 2015 Nobel Prize in Medicine.

That historic research can lead to astonishing results is shown again by discoveries made in skeletal remains of old Nubians. In these bones, scientists discovered traces of tetracycline. Nubia was an ancient kingdom in the area of Sudan. Tetracycline is a modern antibiotic produced by Streptomyces bacteria. It can only have found its way to the skeleton by a tetracycline containing diet. This corresponds to the fact that apparently, the rate of infectious diseases in the Sudanese Nubian population was low. As far as we know, there are no modern applications of this knowledge yet. But it proves our point: from times immemorial, medical practitioners have used antibacterial agents in order to prevent or cure illnesses. We need to know much more about how they did this.

Tags: Background, Medicines
By: Diederik van der Hoeven
on: 13 May 2021