What then caused the penicillin mould to arrive in Alexander Fleming’s petri dish? And why were conditions exactly right at that moment for killing the staphylococci? Even today we don’t have clear answers to those questions. One of the causes of the mystery is that many researchers couldn’t reproduce Fleming’s discovery. 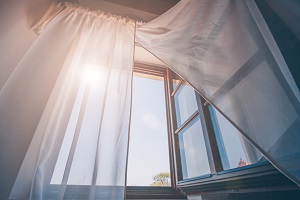 Riddle of the staphylococci solved?

It isn’t till 1964 that someone comes up with a plausible explanation: Ronald Hare, a former colleague of Fleming. Although even in his recount of events, the origin of the penicillin mould is still a mystery. Moreover, the mould in question is rather rare and (in retrospect) it produces relatively much penicillin. The best explanation is that mould spores originated in the lab on the storey below that of Fleming’s lab; researchers there do much work on moulds. Spores might have entered the lab through the window. Quite plausible, because we find airborne mould spores everywhere. Being blown into the lab is coincidence number one. Then, conditions have to be right for the development of spores to a growing mould; and the staphylococci too should have to be able to multiply. For the first requirement, 20oC is the optimal temperature, for the second one, 35oC is best.

Coincidence number two is that Fleming doesn’t put his petri dish with staphylococci in the incubator before leaving for his holiday. It is standard practice to do so; then the bacteria can grow in controlled conditions. But Fleming’s dish is in the open air on the lab table. In the last week of July, Fleming being on his holiday, there is a period of 9 days with rather low temperatures; favourable to the development of penicillin spores into a growing mould and the production of penicillin. Then summer time arrives with agreeable temperatures, allowing staphylococci to develop. Subsequently, on arrival from his holiday, Fleming can make the observation that staphylococci growth has been stalled where they make contact with the mould stain.

Fleming’s discovery had many consequences

Milton Wainwright, a microbiologist at Sheffield University, has done a lot of work to uncover the history of the discovery of penicillin; see his book published in 1990, Miracle Cure: The Story of Penicillin and the Golden Age of Antibiotics. He even tried to rewrite Fleming’s original publication. Interesting too is his publication on the question what the world might look like if Fleming hadn’t discovered penicillin. One of his conclusions is that the chances are slight that someone else would have made the same discovery at any moment. But in view of the journal in which he publishes these fantasies (Saudi Journal of Biological Sciences), it may have been difficult for him to find a publisher for them. They are not particularly scientific in nature.

But even though his claim that penicillin would never have been discovered or developed in rational research programs is understandably doubtful, it is not irrational. Penicillin’s chemical structure still surprises us. After World War II a major search has been launched in order to find microorganisms that could produce more penicillin than Fleming’s mould (see later episodes). This search uncovers many other antibiotics, all produced by microorganisms. But researchers would never have launched such a search, hadn’t Fleming made his discovery. Back then, bacteria and related microorganisms were looked upon primarily as dangerous creatures; not as likely candidates for the production of medicines. Moreover, there appears to be surprisingly much variation in antibiotics from microorganisms; it is almost impossible to imagine that from there, someone would propose to design the penicillin molecule. Almost all important antibiotics have been discovered by screening a large number of microorganisms; followed by chemical modification of these substances. For many decades, the sulfas have remained the only really synthetic antibiotics. 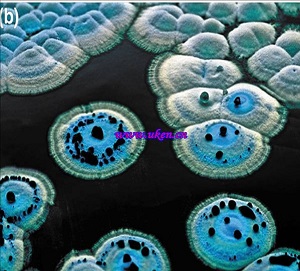 Antibiotics as a survival strategy

Adding to the mystery: we still don’t know for sure why microorganisms produce antibiotics. And then, we even disregard the question why they are so complicated, chemically speaking. Selman Waksman, who discovered streptomycin and received the 1952 Nobel Prize for it, suggested that they serve a survival mechanism in evolution. But does such a view hold in reality? People tend to argue that there are just a few microorganisms that produce antibiotics. So few that they cannot represent a general principle. Moreover, in nature organisms appear to produce just tiny bits of antibiotic. As a matter of fact, they only produce major amounts of it in the lab, in ideal conditions. Surely, in the pharmaceutical industry microorganisms are very productive nowadays; but that is always the result of (genetic) modification of the organism, with the intention to maximize their productivity.

Nevertheless, Waksman might be right. How much of an antibiotic does an organism really need in order to defend itself against other microorganisms like staphylococci? Very small amounts. Moreover – those antibiotics have a preventive function; like a vaccine in human beings they just serve to stave off the first attack. That never involves a large number of evildoers, like in infections. We can imagine something like that to be the case with the worm that survives in the compost heap, the perfect environment for billions of microorganisms to break down biomolecules. Animals and human beings host many antibiotics in and around their entry points; with them, they can attack bacteria passing by. Again, they just require tiny amounts for that function, much less than they would need for meeting a real infection. And we now know that many more microorganisms produce antibiotics than previously thought. Each living organism might produce them. But the amounts can be so small that we have only recently been able to demonstrate their existence; or we might have known the substance for some time but have only recently discovered that they are an antibiotic.

Recently, researchers of Leiden University discovered that Streptomyces griseus (the bacteria that produces streptomycin) produces more antibiotics in an environment with little food and many competitors. In a food-rich environment on the other hand, there are as many interactions with other microorganisms as possible; that increases the chance of exchanging genetic material and the creation of new mutants. Indeed, under stress microorganisms start to produce more antibiotics; and stressing is exactly what we do in the lab and in the factory, when we want to maximize production.

Sources:
Wikipedia: all names and products mentioned
Ronald Hare,  The Birth of Penicillin and the Disarming of Microbes, George Allen & Unwin, London 1970, https://www.jic.ac.uk/blog/why-do-microbes-produce-antibiotics/  John Innes Institute, 10-4-2019
Daniel Rozen and Gilles van Wezel, Proceedings of the National Academy of Sciences USA on 28 July 2015.  New insights into the production of antibiotics by bacteria (phys.org)

Tags: Background, Medicines
By: Alle Bruggink
on: 6 May 2021