Why on earth do we human beings have so much difficulty changing our thoughts – and our actions? For instance, change from a fossil economy to a green economy, from an inflexible hierarchical command society to a small-scale grass roots society. The answer: because our brains have got used to hierarchical systems. Organisation, we call it, and that has held a grip on society for a long time. 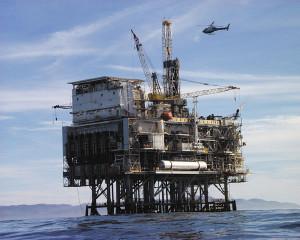 Fossil fuels respresented a pot with gold for mankind; it is very difficult to stay away from it.

We could stop this column there, if we would not be haunted by questions that impose themselves subsequently. Like: does our attitude have to change, and if so, how? The question of how to change our mind-set is one of the most difficult to answer. For three thousand years (and maybe much longer), since the introduction of organised agriculture, we have lived in hierarchical systems. That life has not added to our propensity to change. That shows if things get more difficult, we cling to the old situation almost until the very end, and only then we are willing to start to act. So far, we could get away with it because in general we could transfer our problems to others – like enemies, people far away or inhabitants of our colonies. But now, that mechanism has come to an end. Not just our trade and our politics, our problems have become global too. It started with the depletion of the ozone layer, a process that we could stop just in time, and now climate change and the plastic soup are everyone’s concern. And primarily ours, inhabitants of industrialised countries, because we started it all without taking into account the consequences.

Away from the pot with gold
Look, the black, fossil economy could have run smoothly, if we just had cleaned up the mess ourselves from the start, would have captured CO2, would have reprocessed waste products, and had lived along the principles of the circular economy. But we did not, and in the existing system we will not either. The ease of consuming oil and gas has got too much hold of us, the rewards were too high and the transfer of problems was too easy; and governments and major companies have paid too little attention to the external costs.

Therefore we will have to act differently, willingly or unwillingly. The change will come unwillingly if we have not moved on to another type of society by the time we really have to act in order to avoid disaster. The change may come willingly if by that time – in the words of Derk Loorbach – we have turned away from the pot of gold that fossil fuels have represented for us, and have collectively turned to a small-scale ‘gatherer’s economy’ that finds opportunities, advantages and improvements everywhere. That change will not be easy, if you ask me. We will have to stage some sort of French revolution. From all power to nobility to power to the people. From the fossil nobility to the green people.