You are here: Home / 2013 / December / Innovations in green chemistry, will they ever come?

There is a very strange body of regulation for biobased innovation subsidies. These rules seem to be exclusively intended to direct biomass and agricultural wastes to the energy sector, ignoring higher-value applications in green chemistry. Will that endanger further development of green chemistry? That might very well be the case. 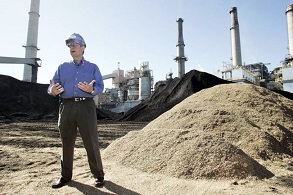 Once again, the ‘cascade model’ of biomass use was the subject, in a recent Dutch discussion meeting ‘bioenergy vs. green chemistry’. Prominent was the question whether green chemistry gets enough opportunities, confronted with green energy’s subsidies and tax benefits. In the present system, energy and fuels are stimulated exclusively. That could be beneficial, if the stimulus were temporary, and if financial support would stay in place for energy projects that further evolve into sustainable business cases for production of chemicals and materials from biomass; business cases that generally need a lot less subsidy.

Better value and more employment in the biobased economy

One of the speakers was Annita Westenbroek, active within the Dutch Biorefinery Cluster (DBC), and at EU-level in the Biobased Industries Initiative. At present, Annita says, companies that uses lignocellulosic feedstock for energy production think they might lose their energy subsidies if they would further process their feedstock to chemical products like sugars and products further down the chain. In that case, we will never arrive at producing innovative and sustainable green chemical products. And Europe needs precisely that innovation for the build-up of a new and efficient economy, based on sufficient exports of sustainable knowledge and green products. A biobased economy that offers better value and more employment! In order to get there, we will have to do more than use our biomass for green energy and import wood pellets for incineration in coal-fired power stations, just in order to comply with our renewable energy targets. An image of stagnation in a continent without any dynamics, where innovative green companies have struggled to survive but failed. That is a real threat, to the extent that some – known in person by the editors of this site – are doubtful of the prospects for Europe, and have already written off the development of a biobased chemical sector in the Netherlands. 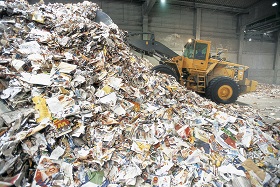 Annita, herself from the paper and pulp industries, gave an example. Recycling or making new products from wood or paper adds four times as much value to the feedstock, and results in six times as much employment (or even thirteen times, if effects down the production chain are taken into account) than simple heat or electricity production. Of course, that is where we would want to go. But the effect of our sustainable energy goals is so overwhelming that an increasing amount of wood and other biomass – even with green certificates – is used for greenwashing our electricity production. Using a lot of public funds. Perverse policies!

Black economy
But reality is even worse than this competition between bioenergy and green chemistry would suggest. We would tend to forget the all-important factor: the billions of subsidies, granted to the fossil sector that allows it to maintain its (and our) system. Whereas biobased industries need to pay import levies on their feedstock, fossil industry – sustained by governments – cash huge amounts of subsidies and tax benefits. That effectively blocks the development of a fair competition between green and black, and deprives the biobased economy from a fair chance against an incumbent and efficient, government-backed, but almost outdated industry. Having the extra handicap of a bioenergy sector that professes to support the green society, but slows it down in reality.