During advent, almost 50 tons of olivine sand will be dumped on stately Lange Voorhout in The Hague as a construction material for a crib. Olivine is a mineral rock which captures CO2. It would seem to be a ridiculous answer to the news that the companies which construct two new coal-fired power stations in the Rotterdam harbour area (German E-on and French GDF Suez) will not capture CO2 in their plants. Just these companies being foreign investors might have made the difference, government might have had enough leverage on Dutch companies to make them stick to their promise.

Disturbing news
Of course, in the real world these two facts are not connected at all. The crib is just a way to attract the public’s attention to olivine a CO2-capturing agent. On October 28, national newspaper de Volkskrant reported that the Rotterdam Climate Initiative will not be able to realize its goal to turn Rotterdam into a CO2 hub, and that the Netherlands will not be able to meet its greenhouse gas emission reduction target for 2012. Some disturbing news. It seems as if all conservative forces of the old economy (for that would appear to be the right title for coal-fired electricity production) conspire to stop the new green economy. And they do so at a large scale.

These nice new initiatives to make the world ‘a better place’ are so awfully small scale and slow: solar energy progresses by the panel, and second generation biofuels will not come to the market tomorrow. But every now and then, there is the unexpected pleasant surprise. Although, unexpected and small scale? In the end of November an Olivine conference took place in Rotterdam, where Jos Vink (Deltares) presented his white paper to alderwoman for the environment Alexandra van Huffelen. In his white paper, Jos explains what Rotterdam could do with olivine, also called ‘green sand’. And that amounts to quite a lot. Pavements, parks and gardens, roofs, and anything where one would commonly apply sand. Alexandra was happy with the white paper, and at the same time very disappointed about the news on the stop on CO2 capture in the coal-fired power stations.

A kilogram for a kilogram
Olivine is a magnesium silicate (Mg2SiO4), which obtains its green colour from ferrous ions which partly replace magnesium in varying proportions. It is an igneous rock which abounds wherever tectonic plates move across each other. Olivine corrodes with water, producing heat and magnesium ions. The latter react with CO2 from the air or from exhaust gases, usually producing magnesium carbonate. One kilogram of olivine can capture a kilogram of CO2, and this would seem an attractive way to capture CO2 through natural weathering. For example, ProRail, the Dutch railway infrastructure agency, tests olivine (and other minerals) on its footpaths alongside rail tracks. 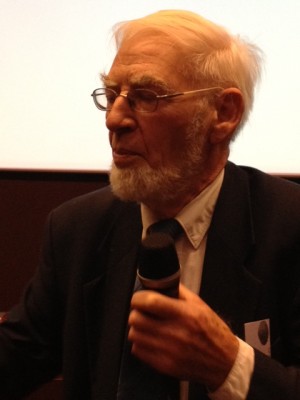 Olaf Schuiling, a former geochemistry professor of Utrecht University, well into his eighties now, is a staunch promoter of olivine and natural weathering. ‘If we cover all beaches in the Netherlands with a thin layer of ‘greenSand’ (olivine), then we make up for our national CO2 emissions’, he holds. He has a solution too for the (excessively) high nickel concentration in olivine (2,300 mg/kg): grow nickelophilic crops on the olivine, they extract nickel from the soil. Harvest and burn them, and the farmer obtains a new nickel feedstock and an extra income.’ Moreover, what is more important, soil scorching and climate crisis, or some nickel in the soil? Serpentine, a mineral which looks like olivine, is often connected to asbestos. Asbestos however is never present in olivine, and the mining company can guarantee that. But although olivine weathering is not a very speedy process, we are somewhat in a hurry because of the climate crisis. Sintering the material and spreading it out on a windy surface like a beach will enormously speed up the CO2 capturing weathering process.

The olivine reactor
Olivine is not just for applications ‘in the wild’. Innovation Concepts’ Pol Knops develops a CO2 energy reactor which produces heat in very deep cavities from a mixture of water, olivine and CO2. The slurry is pumped down, heats up in a pipe which envelopes the rising hot reactants, and reacts in its deep cavity at high temperature and pressure. It might be an interesting future option for CO2 capture, but right now natural weathering is more in the spotlight.

According to Olaf Schuiling, world reserves of olivine are so large that all emitters of greenhouse gases could capture their own CO2. On the condition that the CO2 price would be well above the present € 7 per ton. The recent € 68 proposal would be largely enough. And the crib? For many visitors, it will be their first encounter with olivine. A ray of hope in this dark fossil world.