You are here: Home / 2012 / December / Wind power: lessons from an industrial past 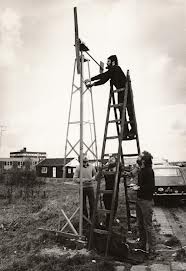 It was a wonderful reunion, Forty years of wind power in the Netherlands, organized by Chris Westra, the man whose self-built wind turbine in 1972 marked the beginning of an upsurge of sustainable energy. Many stories about the past forty years, nice images, wonderfully edited and presented. Optimistic views of the future, increasingly framed in financial terms. And yet, that recurring question: why did the wind turbine industry never take off in the Netherlands?

First-rate science, failing home market
Can we learn from the past? The European paradox applies strongly to wind and the Netherlands: excellent science and technology, an industry which lags far behind. The Dutch knowledge base in wind power is very strong. The TUDelft/ECN combination is among the world’s best knowledge centres, along with Danish Risø. They have been in the very top for a considerable number of years. But promising industrial initiatives all get stranded. 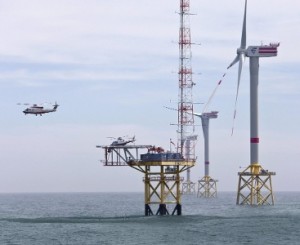 One look at the map of the North Sea clarifies the failing home market. German, Danish, British and Belgian sectors are dotted with projects, either realized or under construction. And in the middle of that lies a pristine area, blue with unproductive wind power: the Dutch sector. Whereas just a few years ago, the high-level Dutch Innovation Platform coined ‘wind at sea’ as one of Holland’s promising areas (see our interview with Feike Sijbesma, CEO to DSM). Likewise, onshore wind power has come to a complete standstill. That is one compelling reason why right now, a Dutch industry would not have any prospect.

Answers that blow in the wind
Many in the Dutch wind community think back nostalgically about the early nineties, when Danish, German and Dutch industries were at an equal footing. The former have grown into world players, while the Dutch have faded away. Then already, the home market was wavering at a crucial moment. Would we have to blame the electricity companies? Certainly not, according to their representatives. They acted quite responsibly. Was there a shortage in funding? No, there was enough money around, although intermittently.

But there was a major source of unrest in the Dutch wind energy programs: government wanted ever more, and ever quicker economies of scale. Wind power was too expensive, and the sole policy answer to that was: larger turbines. In this technology-push policy, that meant that each design was criticized, and would have to be surpassed by yet a larger model.

Ambitions that stand in their own way
As a consequence, the Dutch government pursued ambitious policies that stood in the way of their proper success. In the mid-nineties, more than half of home market demand was from wind collectives and farmers. But they have never been on the receiving end of policy measures. Why not? There was no answer to that question, yesterday, but I fear that these parties did not count very much in the old boys’ network; and that they were underrepresented at receptions. We may contrast the Danish development with that, in a country where farmers are held much more in esteem: the major Danish turbine construction companies could gradually build on successful models developed for individual farmers.

When asked for policy priorities, many participants voiced the need for policy continuity. Quite understandable, after so many irrational and harmful policy changes in the past two decades. But as one wind lobbyist put it: you could better get used to changing policies. Either on the national or on the European level. There is no escape from that, for a sector dependent on government support. And that might not even be bad: each change carries new opportunities with it.