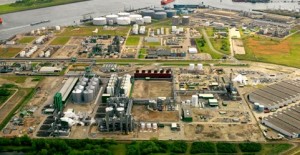 I had looked forward intently to the report that Oxfam in the Netherlands (Oxfam Novib) would publish on 26 November, which would justify its campaign against European biofuel policies. They said, this would ‘conclude clearly’ that the economic and political drivers are ‘towards the production of biomass for energy in developing countries’.

This series started on 14 November with a column: ‘Oxfam report on food/fuel: conclusions do not follow from evidence’. A discussion followed on 16 November, 18 November, 20 November and 25 November.

Evidence from practical experience?
In particular, I was curious to read more about indirect land use change (ILUC) and land grabbing, two decisive subjects. The earlier Oxfam report ‘The hunger grains’ did by no means conclusively prove on these points that Europe should stop using biofuels. Would Oxfam now deliver evidence from practical experience, evidence that would convince us, simple creatures who have to go by scientific reports for their conclusions?

But exactly on these points the balanced report ‘Food in the tank!?’ (in Dutch) by Profundo, an Amsterdam based economic research company, is quite vague. They deliver mostly qualitative insights on biofuel production in developing countries. For instance, we learn that oil palm acreage in Columbia, Malaysia and Indonesia increases ‘considerably’, and that the demand for biofuels is a ‘major’ cause of the increase. Soy production in Argentina is ‘largely’ for ‘fodder and biofuels’ (taken together).

Is food in the tank really the most crazy idea ever?
The report repeats this pattern when discussing social consequences of biofuel production in developing countries. Just ‘few people’ profit from biofuel production, whereas ‘many people’ increasingly experience hardship. And in order not to be misunderstood, the summary adds: ‘in rural communities which grow crops for biofuels, income differences increase between land owning farmers and the landless poor’.

Where does that leave us, critical citizens? Join an action against European policies with the slogan ‘food in the tank really is the most crazy idea ever, as 1 out of 8 people go to sleep hungry’? I reiterate my conclusions (on the basis of Oxfam data) from earlier columns:
•    Europe itself produces more than half of its biofuels; developing countries (including Brazil and Argentina) produce one quarter, a share which could rise to one half in 2020
•    Europe’s share in land grabbing is 12% and roughly one half of this is for biofuels
•    Oxfam does not state, let alone prove, that food will end up in hungry stomachs is we do not use them for biofuel production.
Oxfam’s conclusions still are much too harsh, when confronted with the evidence presented for them.

Counterproductive
Food prices have risen. Fortunately, Profundo also sheds light on its favourable consequences: that farmers earn more and can invest in their business. And that may be the most important point. In a moral attitude, like Oxfam’s, rising food prices are simply bad. But Oxfam’s action may even be counterproductive. Biofuels add an extra income to the agricultural sector and prevent prices from collapsing. A policy maker recently confided to me, poignantly but not unjustified: if you want poverty to prevail in the world, you must keep food prices down.