You are here: Home / 2012 / December / Jan Rotmans: much creativity in the transition towards the biobased economy

‘The unsuccessful energy transition stands in the way of the biobased economy,’ says Jan Rotmans. ‘Whereas the energy sector is going to disappear. In the future transition, the chemical sector will take its energy supply in its own hands. Above all, they need clean energy. Therefore no bioenergy. Still far too many biomass projects are about energy. The transport and construction sectors will organise an energy supply of their own as well. The faster the energy transition will move ahead (towards really clean energy), the faster the biobased transition will succeed as well.’ 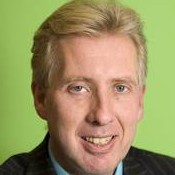 Jan Rotmans is a professor in transitions and transition management at Erasmus University of Rotterdam. He looks upon himself as a socially engaged researcher. He published more than 250 articles and some twenty books, in areas like climate modelling, sustainable development, transitions and system innovations. He co-founded Urgenda, a foundation that supports social transitions and that stimulates many projects of social trendsetters. He is now also involved in the biobased economy as Roel Bol, the manager of the biobased economy transition in the Dutch civil service, asked him to be an advisor two years ago.

The crisis: socially painful, but a blessing for the new economy
To Jan Rotmans, the transition towards the biobased economy is part of a much broader transition towards an entirely new economy. ‘Our society is in the middle of an important transition phase, comparable to the start of modernity at the end of the 19th century. This is a very long transition period. It took modernisation some fifty to sixty years before it took hold of society as a whole. Our present crisis is a sign of such a transition period and I expect it to last for another fifteen to twenty years. We evolve into another economy, in which agriculture, chemistry and energy will merge. For the time being, the crisis will deepen even further, socially a very painful process, but a blessing for the new economy.’ 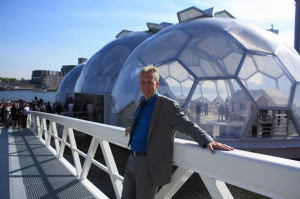 One of the radical projects, promoted as an ‘iconic’ project by Urgenda, is the floating city, that could be an answer to rising sea levels. As a prelude to this, it took the initiative for this floating pavillion in Rotterdam.

Radical projects
‘In the Netherlands, there are dozens of biobased projects, albeit just a few on the strategic level. We analysed 150 ‘green deals’ between government and the business community, of which ca. 20 biobased. The majority of the green deals is about incremental projects, that build upon existing strengths but do not contribute to the new economy. Just ¼ is about radical projects, that carry real innovation. As for biobased projects, the majority is in the field of energy, not very innovative. An excellent pilot project is the Green Chemistry Campus hosted by Sabic in Bergen op Zoom. They rented out their lab to entrepreneurs who develop new biobased materials. Those small companies are involved in many areas, like construction, jewellery and polymers.’

‘But Dutch innovation policy is completely unsuccessful. A company like DSM is a staunch supporter of a radical renewal of industry, away from oil and into biobased feedstock. But without much success so far. In the ‘top sectors’ incumbents are in the driver’s seat. Our conclusion is that top sectors should be discontinued. The new economy is much more horizontally oriented, and cannot be caught in vertical structures like top sectors. But that is how the powers that be are organised.’ 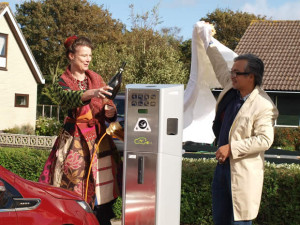 Electric transport, here at the isle of Texel, is another Urgenda iconic project.

‘In particular the Zealand province is very innovative. They connected to four harbours: Rotterdam, Antwerp, Terneuzen and Ghent. The latter two particularly promote radical projects; there, niche players can penetrate into the regime. In the major harbours, dominant interests are very strong, in Rotterdam for instance biobased is almost exclusively defined in terms of biofuel projects. Rotterdam Climate Initiative’s new chairman is Jeroen van der Veer, former chief of Shell, and therefore nothing will change radically and quickly.’

Creativity surfaces
‘Agriculture will make a transition as well. Agriculture should be done on a much smaller scale. This Dutch agricultural system has gone bankrupt long ago. Every day, five farmers disappear in the Netherlands, whereas agricultural acreage is virtually constant. In other words, the scale of the agricultural system still increases. Modern horticulture has become an industrial activity. Many modern greenhouses cannot even be traversed on foot, one needs to cycle. In our opinion, they should be constructed in the new major industrial area, the Second Maasvlakte. But soil-bound agriculture should become much smaller in scale, with new crops like lupine, hemp and medicinal feedstock. That could very well be done in the Northern part of the country, where seventy percent of the land is agricultural land. There the challenge is to develop more wealth from the land, another kind of wealth in particular. We research new crops, and entirely new agricultural concepts as well, like the farm at sea.’

‘In the end, the innovative forces will make a breakthrough. For after every system crisis, a new era begins characterised by innovation and enthusiasm. Much creativity will surface. After a recent appearance on Dutch television, I got thousands of reactions. Apparently, such is the extent of the creative powers within society.’