Fungi are the producers of our most important antibiotics. But they can also be a burden, even a threat at times. Here we will not go into relatively innocent and easily curable conditions, mostly at or near the outside of our bodies. We confine ourselves to the so-called systemic fungal infections that can have serious consequences for our hearts, brains or lungs. The parallels with the control of bacterial infections are striking and illustrative. Here, like there, slow development. And here too, medicines that stay on the shelves. 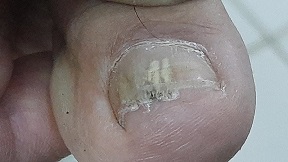 We are well acquainted with fungal infections at the outside of our bodies and in our bodies’ entry points. Bring to mind athlete’s foot, fungal nails, annelidan and candida infections in the mouth or the vagina. These conditions are almost never life-threatening, and quite treatable with a variety of medicines. And yet, worldwide the total number of casualties from all fungal infections together in 2020 is estimated to be 1.7 million. The infections within our bodies, the systemic infections, are much more life-threatening. Most people will hardly run across them, but they are a threat to people with a weakened immune system.

Most fungi enter the body as spores through the lungs. That holds true for HIV patients, users of immunosuppressant medicines after an organ transplant, users of anticarcinogens and aged and weakened patients. As we grow older, other conditions often give rise to serious fungal infections; often, treatment is difficult. Among the 1.7 million casualties mentioned, more than 1 million patients have a weakened defence system. And then fatality rates are high: up to 50%. A Covid infection and/or the use of antibiotics will also contribute to an increased chance of being infected. Particularly in India, Covid patients are often also infected with mucormycosis. 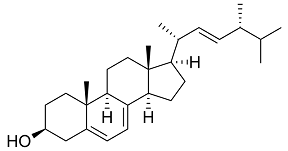 We know four classes of antifungal medicines; their modi operandi resemble much those of antibiotics. The first class of medicines, like amphotericin b, has been on the market since the 1950s. Amphotericin is a natural product, a branch on the tree of the major streptomycin family that also supplied us with many antibiotics. Researchers found the substance in the Orinoco river in Venezuela. It binds to ergosterol, a steroid with a function in microorganisms equal to that of cholesterol in humans and animals. It will produce holes in the fungal cell walls. But in medicinal respect, the difference between ergosterol and cholesterol is minute; correspondingly, the medicine has serious side effects, primarily kidney poisoning. 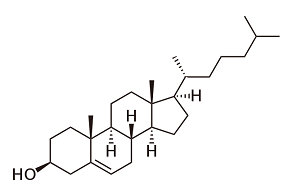 The most well-known and most often used class of medicines is the azoles; the only medicines that can be administered in the form of a tablet. The azoles are entirely synthetic products. The first one, ketoconazole, has been introduced on the market in 1980. Other well-known products are fluconazole and miconazole. They prevent the production of ergosterol by blocking an enzyme required for its production. Unfortunately, these are enzymes that are also used in the human body, and therefore a serious side effect is liver toxicity. And resistance is a major problem with the azoles. These medicines don’t kill the fungus, but stop it from reproducing, and hence allow resistant varieties to develop. Moreover, azoles are being used in major quantities in agriculture, like on tulip bulbs, not very helpful either. Therefore, researchers already developed a few generations of azoles, with over 25 product names. On top of that, there are also medicines that play havoc with the genetic codes of fungi or their spores. The best known being flucytosine.

Industrial interest in the development of better products is low; like in the case of antibiotics, and for the same reasons. The latest medicine dates back to 2001; it is a member of the family of echinocandines. These medicines block enzymes with essential functions in the production of constituents of cell walls. Therefore, they have also been named the penicillins of the fungicides. But these are sugar-like molecules. The echinocandines belong to the large family of antimicrobial peptides (see episode 54, If chemistry and biotech join forces); for this application, they have been fitted with a long carbon chain of fatty acids. A few new representatives of this class undergo clinical tests at the moment. 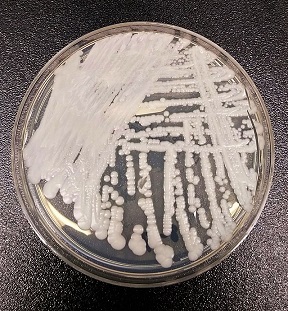 In the case of antibiotics, the most important driver for research on new medicine is fear for infection through resistant bacteria. To a certain extent, this also holds true for fungal infections. Another driving force is the advent of untreatable new fungi, like the yeast Candida auris. Particularly in the US, much of the research is done for the benefit of (very) old and sick patients, hospitalized with a weakened immune system. Then, a fungal infection often is the cause of the (somewhat earlier) death.

In its cellular makeup, a fungus more resembles humans and animals than (say) a bacterium. That explains the serious side effects mentioned above. Therefore, the search for new medicines should concentrate on an essential part of the fungus with a structure that doesn’t figure in humans or animals. One of the candidates is a protein with a large number of sugars (mannose) on the outside. This complex is a constituent part of the of the cell wall of fungi (human cell don’t have a thick cell wall, but a much thinner membrane that keeps the inside together). Fungi need the protein in question in order to enter into a human cell and cause an infection. It needs to be renewed all the time, in order to secure fungal virulence and to protect the fungus from an attack by our immune system. Preventing the production of this substance would therefore be beneficial to us.

As a matter of fact, the enzyme responsible for the attachment of the sugar/protein complex to the cell wall is well-known to us; blocking this enzyme would be a large step forward. But unfortunately, the enzyme is very large and quite difficult to isolate as a crystal. If we know the crystal structure of an enzyme, we can research on the screen how to deal with it. For instance, by blocking it on the most vulnerable locations with existing medicines or other molecules. But here, a lot of classical work in the lab was required. The Japanese company Esai researched this for over 10 years; in the end they developed the product Fosmanogepix. This medicine does indeed block anchoring the protein/sugar complex to the cell wall; moreover, the complex is being concentrated within the fungal cell, wreaking havoc on many other functions. Animal tests show that animal cells are not affected. The medicine is in clinical research now.

Apparently, it is popular in research to block important enzymes in an infectious organism. Here, the object of the research is an enzyme that plays a part in the production of pyrimidine, a constituent of the genetic code. After 340,000 tests with a large number of molecules, the F2G company succeeds in finding a molecule with the required specificity. It blocks the production of pyrimidine in fungi 2,200 time as effective as it does in human cells. We can even follow its mode of action under the microscope. The fungal cell stops growing, then swells and bursts. Patients can take the medicine Fosmanogepix as a tablet, even preventative. For instance patients with a weakened immune system.

Organizing a modern double blind clinical research is a hell of a job in the area of systemic fungal infections. Those concerned are almost always (very) old people taken ill, or patients with a seriously compromised defence. Particularly in the US, research is primarily done on seriously ill elderly people. This much complicates keeping apart the fungal infection and the underlying condition. And recruiting a sufficient number of patients for a major research almost cannot be done. During the research, that will take quite a number of weeks, many patients will pass away; but because of which condition? Moreover: in the treatment of patients, many doctors will not wait for a new, maybe promising, new medicine and will start using an antifungal medicine already known to them. Making it even harder to measure the effect of a new medicine.

And then, it will take three days to grow and identify a fungus from a patient’s blood. Many patients will have passed away by that time. And, not unimportant in this context, who could earn from the results? This is the problem that we also ran into with antibiotics; doctors prefer to reserve new medicines for really serious cases. Moreover, the target group is small; and these patients do not have the prospect of a long life afterwards, making it even more difficult to make a turnover. Some hope that the Covid 19 pandemic will carry more attention for research for control of fungal infections.

During the Covid pandemic, some held that it would be ‘healthy’ for mankind that primarily older and weakened citizens would pass away. Rather unethical, such a point of view. Nevertheless, investigating the prevention and treatment of fungal infections in (very) old and ill-taken people, one will have to address the question ‘what is the goal of our research’? In the USA, lengthening lives that will soon come to an end has become a money-making activity; rather than really helping ill-taken and weak elderly people. Little will be gained in terms of improved health, all the more so if this would be expressed in the number of years won and spent in good health. It has been well-known for some time that many funds now devoted to Alzheimer research could have been spent more wisely. Primarily on a better accessibility of all existing medicines. In the neglected areas of our planet; health gain would be scores more important than the effects of a medicine against dementia. But then, aren’t we rich enough to do both?!