In our conflict with bacteria, we make much more use of tablets and powders than of vaccines. TBC treatment is an exception, all the more so because the tuberculosis bacterium is hard to control with antibiotics. In the case of malaria, recently the WHO promoted the use of a vaccine, and in the case of syphilis, scientists develop one. But when it comes to the control of viruses, the situation is quite the other way around, vaccines are much more common. HIV/AIDS vaccines are the most important contribution of chemical science in the battle against viruses. 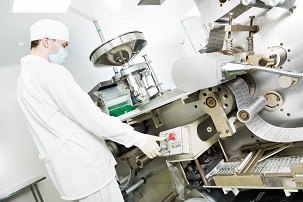 The history of vaccines has been the subject of many books, and is relatively well-known. Already the Chinese, Greek and Romans noted that someone who had suffered and lived through a contagious illness, could not readily be infected once more. In 1796 already, Jenner developed the first vaccine: against smallpox, based on a cowpox virus. That virus is active in humans as well, where it causes mild symptoms; but it also activates the immune system for the more toxic viruses, like smallpox. For decades, the Pasteur Institute was the most important development centre of vaccines.

The number of vaccines and chemically synthesized antiviral drugs developed almost equal, both about 100 substances. But if we count actual use in patients, the vaccines by far outperform the chemically synthesised medicines. Chemistry is particularly successful in HIV/AIDS treatment (50 out of 100 medicines), followed by medicines against herpes and hepatitis (both 15) and the flu (10). In the field of anti-Covid medicines, the list just shows one representative: remdesivir, but more will show up fast. In the field of vaccines, HIV/AIDS tops the list with half of the agents, followed by Covid with a third (and growing fast). The list is being completed by herpes, hepatitis, (bird) flu and a few more conditions.

We use most vaccines by injecting patients with weakened or killed variants of the virus to be controlled. Other vaccines contain just one of the components of the virus, for instance a protein, that will incite a strong enough response from our immune system. From the end of the past century onwards, biotechnology took flight. Resulting in new techniques for vaccine preparation. Researchers transfer the genetic code for an important protein from the virus in question to a fast growing mould, yeast or bacterium. These then start producing this protein (in major quantities). The researchers isolate the protein, purify it if necessary and process it to the vaccine to be injected. The protein will generate an immune response against the original virus. And quite new are the so-called mRNA and DNA vaccines. These consist of a (semi)synthetic gene that codes for a protein that is characteristic for the virus to be fought. This too will induce a reaction against the protein from the immune system – meaning that it will recognise the virus and kill it, in case of an actual contamination. 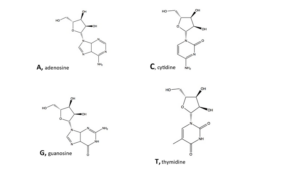 Like all viruses, the Covid virus needs to enter into a biological cell for its reproduction. This is how the infection proceeds, as well as the further development of the disease. Both DNA and RNA consist of nucleotides, also called bases, denoted by well-known letters like A, C, T, G and U from the ‘DNA alphabet’.

The Covid virus contains a chain consisting of 29,811 of those nucleotides (in comparison: our DNA counts some 3.2 billion). Modern vaccines like those from Moderna and Pfizer each contain some 4,000 nucleotides. Once these have arrived in our bodies, our cells put this 4,000 member chain at work for the production of a protein that is also contained in the virus. That signals our immune system to arm itself against an attack by the proper virus. With small changes in the circa 4,000 nucleotides, we can make a new vaccine; these changes will be enough to let this vaccine attack a new mutant (with a number of changes in its ca. 30,000 nucleotides). 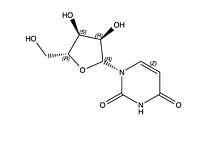 The industrial production of the mRNA vaccines is an example of modern molecular biology. Characterized by genetic adaptations of the highest order. First, we use choice enzymes to process a short DNA chain (two short chains, 50 to 100 nucleotides each in the well-known double helix) to a circular structure, by linking the ends of the two chains. Then, we use an (innocent) bacterium to multiply the ring-shaped DNA chunk (called a plasmid) to millions of copies. Then, the plasmid becomes the template for the production of the actual mRNA piece for the vaccine. Therefore, the plasmid is being mixed with molecular RNA building blocks (nucleotides) for the piece of RNA to be constructed. An enzyme takes care of stringing the letters in the correct order for the production of the desired chain consisting of some 4,000 letters. 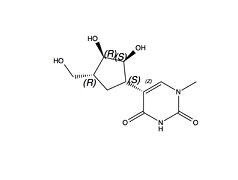 Important in this respect is the use of another nucleotide of natural origin like Uridine (U); or an artificially modified nucleotide (U*). Our immune system tends to decompose unknown DNA or RNA; but if this is quite unknown (for instance, if it contains a deviant or new letter) it doesn’t succeed quickly enough, and the vaccine will remain active for a sufficient amount of time. And we need to counteract another threat. We need to supply the 4,000 letter RNA text with a ‘solid envelope’ in order to prevent its demolition in the blood stream, before it can enter into our cells. Therefore, the RNA piece is being covered with fatty capsules (lipid nano capsules). These lipids don’t have an antiviral activity by themselves, but they do determine the stability and long life of the vaccine itself. Once having entered into our cells, the mRNA piece will be translated into a protein that corresponds to one of the (28 in total) proteins of the Covid virus. Our immune system will react to this unknown protein, and in so doing will arm itself against a possible real attack in case of a corona infection.

After the Covid vaccines, successes for malaria and tbc as well?

There is still much need for new medicines. In 2019, there still were 229 million people infected with malaria and 409,000 victims, most of them children below 5 years of age. The vaccine does have a lot of limitations. It is effective in just 30 to 50% of patients and requires a strict injection scheme, preferably in combination with anti-malaria tablets. And there are suspicions of side effects. Further development and production have to cope with chronical lack of resources. On top of that, the condition is prevalent in poor countries with weak infrastructures. There are many practical obstacles, and ethical reservations, on large-scale test programs in those countries. Yet, the WHO expressly advised to use this vaccine, developed by pharmaceutical giant GSK and sponsored by the Gates Foundation. 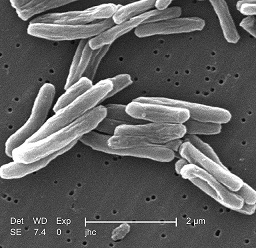 The first vaccine against tbc, the well-known BCG, has been developed 100 years ago. And it still is the only vaccine available! We still don’t control the disease, in spite of the existence of this vaccine and of a number of antibiotics against the tuberculosis bacterium. In 2019 this condition took a toll of 1.4 million deaths; even though each year, more than 100 million babies get administered the vaccine. In spite of this, TB is the most widely spread infection globally. One of the major problems is that it is difficult to get hold of the bacterium. Moreover, this can hide for decades (particularly in some parts of our immune system).

And we still don’t know the mode of action of the BCG vaccine on the molecular level. An additional problem is that almost all research is being directed to what happens in the blood stream, whereas the seat of the problem is in the lungs. Quite difficult for lab research! More than 12 vaccines are being developed at the moment. Among them, a vaccine that doesn’t prevent the infection from taking place, but that does stop the infection, preventing it to develop into the disease. That would be a real breakthrough. Alas, the results are unsatisfactory: so far, protection levels do not exceed 50%. Hopes are now vested in an RNA vaccine (like with the Covid successes). Another pathway would be the development of a new or existing vaccine into an aerosol, that would allow administration through the airways.

For the time being, Covid attracts all attention, to the detriment of TBC control. That holds for the development of new vaccines, and also for the control on infections and for the actual treatment of the condition. And that again has a lot to do with the power of the countries and sections of the population where tbc is most common. In short, researchers are aware of the need for the development of vaccines against conditions as bad, or even worse, than Covid-19. But they run into a lot of problems, pursuing that course; both in the mind and in actual practice. Problems that are contained in the relationship between the rich and the poor in our world.