Like garlic, cinnamon has a long history. It is figures in the history of trade and monopolies of spices. In the case of cinnamon, its use as a food additive and taste enhancer is more pronounced than that as a medicine. Cinnamon is the tiny inner bark of the cinnamon tree, an origin that determines its appearance as rolls. Its composition is more straightforward than that of garlic. Therefore, it is easier to attribute its effects to its composition. 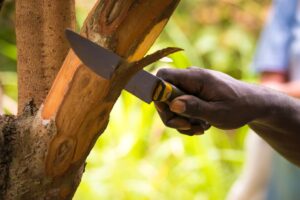 Cinnamon as a taste enhancer

Old Chinese recipes mention the use of cinnamon as an ingredient of spiced gingerbread, as long as 5000 years ago. The Egyptians used it in their perfumes. And the Bible too, advises cinnamon to be used for pleasurable scents. Portugal and the Netherlands fought wars on the monopoly on spices. Southeast Asia is still the main supplier; global production amounts to about 200,000 tons annually.

We know cinnamon as a flavour enhancer in our applesauces, cooking pears, or together with rise and butter. And in cinnamon sticks at the fair and as an additive to sweets or as a taste enhancer in coffee and tea. Cinnamon is an ingredient in Indian curry, and it is used in many drinks and bitters.

Cinnamon oil is much in use as a taste enhancer as well. Here, we need to distinguish between oil from the leaf and from the bark. Leaf oil consists mainly of eugenol, a well-known ingredient in the fragrance and flavourings industry; it is also used for the production of vanillin. The bark oil consists for 90+% of cinnamaldehyde; it has a sharp taste and flavour.  Cinnamaldehyde is the resource for the production of a number of medicines. 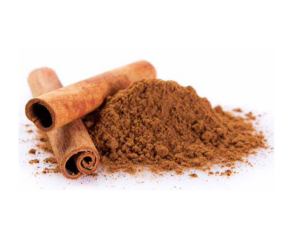 Cinnamon as a medicine

There are many publications on the use of cinnamon as a medicine; this might suggest that this is the main application, but in reality almost all cinnamon is being used as a flavouring. Remarkable among the supposed actions is the mention of cinnamon as an antibiotic or a disinfectant. In a list of the top 7 most active natural antibiotics (The Top 7 Most Effective Natural Antibiotics and …, ) garlic is number 3 and cinnamon number 7. In a top 14 list, garic and ginger figure on numbers 1 and 2, and cinnamon is on 14.

Infectious conditions involve moulds, acne, infections of the mouth and bad breath; and intestinal problems and haemorrhages. Patients are advised to use cinnamon in combination with honey. ‘Daily use of these two products can prevent bacterial and viral infections and they help strengthen white blood cells…. Honey and cinnamon can be drunk with water to heal colds and coughs and heal bladder infections. Honey and cinnamon paste can ease an aching tooth, cure acne, eczema, insect bites, ringworm, and other skin infections.’ But in order to make good use of these properties, patients need to use a lot: 1 to 6 grams of cinnamon during 6 weeks at most. Cinnamon oil (from the bark, see above) is supposed to be a good disinfectant in hospitals; this might control (resistant) bacteria. Combined with the leaf oil and lemon, cinnamon will produce a good hand soap. 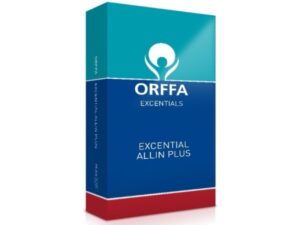 Excential Alliin plus is a food additive containing the active compounds of garlic and cinnamon. See: ORFFA (aquafeed.co.uk).

But fortunately, warnings are being issued as well. Allergic reactions may occur. Cinnamon can act as an anticoagulant; the combination with other anticoagulants is not advised. And there may be interactions with the well-known antibiotics tetracyclines going wrong. And take this one: ‘Don’t use cinnamon as the only medicine against serious conditions.’ However, Wikipedia adds, ‘the results of the studies are difficult to interpret because it is often unclear what type of cinnamon and what part of the plant were used.’ Excessive use might lead to indigestion, higher heartbeat, sweating and increased respiration. Reactions on cinnamon oil (from the bark) may even be more intense. The oil may lead to eczema, couperose, a sore mouth and tongue infections. The latter can also result from the consumption of cinnamon sweets.

The American official agency for alternative medicines concludes in 2016 that ‘studies done in people don’t clearly support using cinnamon for any health condition’. On the other hand, many internet sites carry messages like the following:
– Antibacterial mechanisms of cinnamon and its constituents: A review
– Cinnamon – A Highly Effective and Lethal Natural Antibiotic
– How Cinnamon Could Be the New Antibiotic on the Block
– Amazing Antimicrobial Properties of Cinnamon
– Research Shows Cinnamon Could Fight Resistant Bacterial and Viral Infections
– Antibacterial activity and mechanism of cinnamon essential oil against Escherichia      coli and Staphylococcus aureus
– Garlic and cinnamon: a natural solution to reduce the use of antibiotics

At least, such titles suggest that we will be able to solve modern problems through the use of antibiotics. We will scrutinize these articles. The first one is a serious review of the antibiotic properties of cinnamon oil and cinnamon extracts in the magazine Microbial Pathology. Cinnamon appears to be able to control a number of harmful bacteria. Its mode of action reminds us of that of most antibiotics: pinch holes in cell membranes, block the action of energy carriers, change the equilibrium between lipophilic and hydrophilic substances, and prevent the formation of biofilms. An interesting fact is that cinnamon oil can enhance the action of a whole series of well-known antibiotics. One of the effects mentioned is the prevention of resistance. The most active molecules are supposed to be: cinnamaldehyde, the main constituent of cinnamon oil, and cinnamic acid.

The second article concludes that apple sauce contaminated with one million of E.Coli bacteria will be disinfected almost completely within three days with a teaspoonful of cinnamon. Moreover, cinnamon is being advised in the treatment of diabetes and heart problems, and when feeling washed out, looking for losing weight etc. The third article, from the Journal of Microbiology, July 2018, shows that cinnamon can break down harmful biofilms and reduce the motility of bacteria. We implicitly treated the fourth article in the introduction already, but it is interesting to see all praise for cinnamon condensed in a single article. The fifth article mainly treats food conservation, but is also mentions the control of candida moulds with cinnamon. The sixth article shows how effective cinnamon can be in the destruction of E.coli and Staphylococcus Aureus. The last publication advertises Excential Alliin Plus, a combination of cinnamon and garlic, used to create heathy intestinal tracts in piglets, rabbits, calves, turkeys, pet animals and other small livestock. In other words, a probiotic.

The PDR for Herbal Medicines recommends cinnamon in case of loss of appetite and dyspeptic complaints. Commission E adds that cinnamon has an antibacterial and fungistatic effect; and that it promotes motility. But in spite of these positive messages, there are no registered antibiotics on the market on the basis of cinnamon. Nor do the most important molecules in cinnamon or cinnamon oil (cinnamaldehyde, cinnamic acid and cinnamic alcohol or eugenol) figure in antibiotics. Eugenol is in use with dentists for anaesthesia. And these molecules are being used for the production of other medicines. Cinnamaldehyde is being processed to cinnarizin, an antihistaminic medicine used in sea sickness. But I terms of kilos, such uses don’t amount to much. Over 99% of all cinnamon is being used by the industries of flavourings and seasonings.