In popular writings, recommendations for the use of vegetal medicines abound, as a cure for whatever condition. Often, regulation is absent. To keep truth and fiction apart is almost an impossible task. Germany is the country that generates the most reliable information in this field; of all Western countries, natural medicine has held its position to the largest extent. This country also takes the lead in the regulation of phytomedicines (vegetal medicines). Much work has been done by the so-called Commission E, that judges these substances on scientific grounds from 1978 onwards. 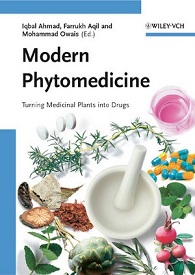 Germany is one of the countries in which phytomedicines are popular and well specified.

Lists of vegetal antibiotics circulate; they vary from a top 5 to over 50. Just an example to show the diversity in this field: garlic, ginger, apple vinegar, olive oil, onions, vitamin C, horseradish, eucalyptus, honey, goldenseal, myrrh, Echinacea and cinnamon. We will go into two of these crops in the next episodes: garlic and cinnamon. But first, we will go deeper into the work of this Commission E.

Commission E is a department of the Bundesinstitut für Arzeneimittel und Medizinprodukte (BfArM), and within that body responsible for ‘phytotherapy and vegetal medicines’. In 1997, it produces a thick volume encompassing its work. We cite from the English translation, that appears in 1998. Since then, Commission E wrote many more monographies on different phytomedicines. This body of knowledge is now being developed internationally; in particular in the framework of the European Union.

Commission E encompasses many scientific disciplines; it consists of doctors, apothecaries, pharmacologists, toxicologists, representatives of the pharmaceutical industry and lay persons. It researches itself the medicinal activity and side effects of phytomedicines. This research comprises ‘clinical trials, field studies, collections of single cases, scientific literature including facts published in  the standard reference works, and expertise of medical associations,’ according to the American doctor Varro E. Tyler in his foreword to the edition in the English language. In cases where controlled clinical research is lacking, the commission bases its findings on scientific literature, clinical data and relevant experimental research. The volume produced by the Commission E can be used as a textbook. It goes into use, counter indication, side effects, and interactions among medicines. It contains extensive indexes. 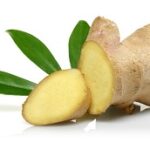 Ginger, one of the top ten most popular herbal medicines. Photo: Shutterstock 1288668253

Commission E attempts to develop a ‘rational phytotherapy’. According to its deputy chairman, prof. H. Schilcher, this is founded on four pillars:
1. Dose-effect relationship. The medicinal activity of a substance depends on the dose in which it is being administered.
2. Relationship between ingredient and activity. Often, we can attribute the activity to specific ingredients. But mire often, there will be a number of substances at play.
3. Extracts vs. isolated ingredients. Phytomedicines obtained from standardized extracts often contain a number of ingredients, that together have more effect than each of the simple substances by themselves.
4. Pharmaceutical quality. For a successful phytotherapy, the medicines should be of a high medicinal and pharmaceutical quality.

Nevertheless, these principles do not lend to the medicines a secured activity; as is required for industrially developed medicines. According to its critic Jonathan Treasure, the work of the Commission E can even be disqualified as unscientific, because it doesn’t refer to verifiable sources. The commission itself is of the opinion that it just lends ‘reasonable trustworthiness’ to its findings on activity and safety of the medicine. Vegetal medicines have another status than industrial medicines. Its producers cannot afford the costs of double blind scientific research. If only because the products aren’t protected by a patent. But yet, according to Tyler, the German practice proves that their long-standing use reasonably assures us of their safety and efficacy. And many medicines do not pass Commission E’s tests. If the dangers appear to outweigh the advantages, the medicine isn’t ‘approved’.

Countries have vastly different rules on the use of phytomedicines. Particularly with regards to the effects the product is allowed to claim. Incidentally, producers are allowed to claim ‘health effects’; then the product is a medicine. But often, they are only allowed to advertise their products as ‘food supplements’. National traditions largely determine the outcome of this process. Like regarding the question if treatment with traditional medication will be compensated by the insurance. For these reasons, the European Union has started a process of harmonization in this field from 1990 onwards – a process that is still ongoing. 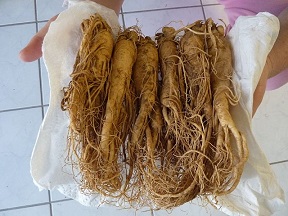 A major market for phyto-medicines

The market is large; and for that reason by itself, better knowledge of the effectiveness of phytomedicines is important. In the USA, in 1997 consumers bought vegetal supplements worth $ 441 million; i.e. Over The Counter (OTC) products, without a prescription. In the European Union, that sum amounted to about $ 7 billion in 1996 already, of which half in Germany and a quarter in France (data Commission E). But these products are poorly defined. One recent report expects that OTC sales worldwide will amount to $ 22 billion by the end of 2022. According to another one, present sales (OTC + traditional medicines) amount to $ 148 billion already.

In the German tradition, some vegetal medicines have been investigated thoroughly over time. This gave a flying start to Commission E. At that time, scientific literature existed for instance on valerian root, Echinacea (plant and root), gingko leaf extract, perforate St John’s-wort, camomile flowers, milk thistle, and extract of hawthorn flowers and leaves. A 1997 inquiry shows that German doctors prescribe phytomedicines in a quarter of psychovegetative problems (abdominal pain, palpitations etc.), and in 10% of problems of the respiratory tract, of the heart and blood circulation, and of digestion. At that time, phytomedicines approved of by Commission E are already covered by insurance. Moreover, on their own judgement many Germans use phytomedicines in case of the common cold (66%), the flu (38%), and to a lesser extent in the cases of digestive problems, headache, sleeplessness, stomach cancer and nervousness. Such medicines are rather taken preventatively than curatively.

Commission E made both positive and negative judgments. A negative judgement may result from a lack of sufficient proof of activity, or from the judgment that the dangers outweigh the benefits – for instance in the case of monkshood (aconite). Some phytomedicines have a very strong effect, like henbane or stinking nightshade, Indian snakeroot and squill (Drimia maritima). The commission advises that these will be sold on recipe exclusively. And sometimes, the commission changed its verdict on the basis of new information. For instance, it changed the judgement on common madder (Rubia tinctorum) into negative because one of the components, lucidin, appears to cause cancer and mutations in rats. Always they let the safety of the medicines prevail, within the dose prescribed.

Commission E judged some 380 medicines. Of those, 186 medicines and 66 combinations were judged safe and effective. On 118 medicines, they judged negatively ‘because of an unfavourable balance between benefit and risks.’ Nowadays, German authorities cooperate in a European project. Within the EMA (European Medicines Authority) and more precisely within that body in the CHMP (Committee for Herbal Medicinal Products). Moreover, a European cooperation has come to life of national organizations in phytotherapy (Escop, European Scientific Cooperative on Phytotherapy). And the World Health Organization (WHO) also contributes scientifically to the judgment of vegetal medicines. The field is in rapid development – in the next episodes, we will take a look into some specific examples.

In the literature, we find a wealth of information on the antibiotic activity of all kinds of plants. We even find a top 14 list. In the next two episodes, we will try to ascertain for the two candidates most often mentioned, garlic and cinnamon, how seriously we will have to take such claims.