From times immemorial, mankind has swallowed or applied herbs as medicines. Herbal medicine has now moved into the background, maybe even become obsolete. But problems like resistance revive this branch of medicine. For instance, careful research into traditional Chinese medicine has been rewarded with a Nobel Prize (for artemisinin, Mrs Tu Youyou). And in the West, herbal medicine has retained a foothold particularly in Germany. Here, we follow the views of the German Commission-E. 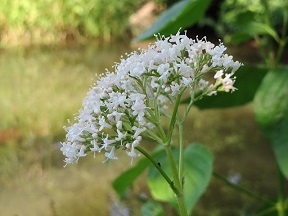 A popular branch of medicine

Herbal medicine isn’t an esoteric corner of medical practice. Most people will have used thyme syrup as an antidote to the cough; or drunk chamomile or sage tea, or swallowed some liquorice. People used to take a clove into their mouths if the toothache became insupportable. Until our time, valerian is used against restlessness and sleeplessness. Why doesn’t such use of herbal extracts count as a medical practice anymore; whereas such extracts do have the desired effect (at least temporarily)? In the past, people were convinced that such extracts would not just carry relief, but cure as well. And still, even in rich countries some people visit the herbalist rather than the doctor. 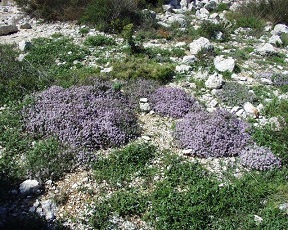 A popular medicine, also in the homeopathic practice, is the Echinacea. A plant that resembles the daisy. The extract is being used as a medicine against a lot of conditions, for instance when people have a tendency to infections. Furthermore it helps overcome conditions like the common cold, bronchitis and inflammation of the mouth and pharynx. And herbal medicine often treats disorders of the bronchial tubes. Eucalyptus for instance is another medicine often used to treat cough and the common cold. The oil of this tree is produced by steam distillation of the leaves. This is not just a medicine, but also a very popular fragrance. On top of that, also the above-mentioned liquorice, chamomile and sage are medicines against inflammations of the airways. And many of such conditions can be treated with extracts of the Scots pine. Both the oil extracted from the needles, and purified turpentine oil.

But we could become sceptical from the sheer number of medicines against conditions of the airways. Why do these medicines bring relief, but don’t they cure, like the antibiotics? On the other hand: maybe these natural medicines belong to another category. Agents that will make conditions bearable, instead of curing them. 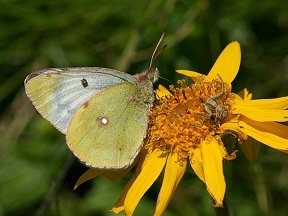 To this category also belongs the Arnica. Another member of the composites family. The ointment made from the plant is much in use for relief of stiff or tired muscles and against bruises. In addition to that, Commission E mentions applications in case of fever, rheumatism and the common cold.

Another application often run into in herbal medicine is the treatment of digestion problems. Here we find well-known herbal extracts, like those from peppermint and rosemary, and from thistle. Practice of herbal medicine recommends liquorice in case of gastritis; psyllium and aloe in case of constipation; and ginger and sage in case of loss of appetite.

A number of herbs will help in case of restlessness, nervousness and sleeplessness. We mentioned valerian already. To this category also belong hops and kava kava, with applications of their own. St. John’s wort is a herb with many applications. Particularly used in case of anxiety and depressive moods. But also recommended for wounds and burns, and inflammation of the skin.

Eastern medicine contains a number of substances that made it to Western practices as well. The stimulating agent ginseng is well-known. Commission E recommends use of this substance for improvement of endurance. And ginkgo has special applications: symptomatic relief of organic brain dysfunction, vertigo, tinnitus.

It might be high time for a new round of ‘being taught by nature’. Befitting to our age. The aspect of ‘taking a better look at nature’ is present in all transitions going on at the moment – energy, food supply, climate, environmental pollution. Our book (in Dutch) De oplossingen zijn er al often refers to this theme.

But then, we also need to take a better look. Some people already do so. Having a better look at microorganisms for instance. One of the lessons to be learned has become obvious: we need to take into account the whole with its complexity. The whole is much more than the sum of the parts. A recurring theme on our site, for instance where we discussed the effects of the flora of our intestinal tracts on our health and our behaviour.

The importance of the whole over the part

As we develop new medicines from plants, we will need to have the eye on the whole. New medicines should preferably be new combinations instead of simple substances. We need to look for medicinal plants. In the realm of fragrances and flavours, we discovered a while ago that combinations have better functionalities. Agriculture got that message as well, witness all studies on the complex soil  microbiome around each plant. That complexity, maybe that of the microbiome and the plant taken together, could become the guideline for a new search for new medicinal practices consisting of more than the application of single molecules. Quite the opposite, as a matter of fact. For hasn’t ‘modern’ medicine shot through in its reductionist approach, stressing the use of single, pure, well-defined and controllable medicines? It has achieved a lot, but now we start to be aware of the limitations of this approach.

Wrapping up the argument, in hew searches we will have to look for the whole. And we don’t have to explore the rainforest again in order to do so. We can also find the whole in the greenhouse or in the lab. Just have a look at the newest greenhouse and agricultural technologies. Let’s take as an example the cresses from the greenhouse of Rob Baan and his company Koppert Cress. We can grow plants under completely controlled conditions, and research them or their parts for their therapeutic values. We don’t have to confine ourselves to plants in their actual forms. We have all the requirements at hand for directing plants as they grow and produce ingredients, to do so into a direction chosen by us.