The sulfas were a major success; and even more so, the pens and cefs. What next? We are still confronted with infections that cannot – or only ineffectively – be treated by the antibiotics at hand. We also want to develop new medicines because resistance against much used medicines keeps popping up. Like quinolones. Some observers already predict that the pen/cef era is moving towards an end. De sulfas almost disappear from the Western world. And there is another motive, albeit mostly absent from the literature: that almost all major pharmaceutical companies want to have access to a success formula of their own in the battle against bacteria. 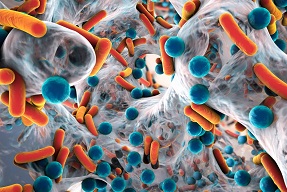 Towards a new German success?

Germany, the country of the successful sulfas but also of the long aftermath of the Second World War, is absent for a long time on the front of new antibiotics. All major inventions in  penicillins and cephalosporins come from other countries, primarily from the UK and the US. Likewise in the discovery of successful antibiotics from natural sources (the streptomycines, chloramphenicol, the tetracyclines, the erythromycins etc.). It lasts until the eighties until we see new promises coming from Germany; then, Bayer brings ciprofloxacin on the market. It is the first success of the class of (fluoro)quinolones. A class of substances with varying successes. In the past decades, dozens of quinolones have appeared on the market and disappeared again. Six products are dominant at the moment: Cipro, levofloxacin, moxifloxacin, ofloxacin, norfloxacin en Gemifloxacin. Bayer and some Japanese companies are the major producers.

The history of the quinolones is more or less like that of the sulfas; although they do not originate from Germany. The products are wholly synthetic and are the result of research on antimalarial agents. In the sixties, researchers at the British company Sterling Winthrop discover antibacterial properties in a side product of the production of chloroquine. An old antimalarial medicine, now again in the picture in the battle against the corona pandemic. The side product, nalidixic acid, becomes the resource for the development of tens of thousands of derivatives. With limited success, until in the eighties Bayer comes to the market with its fluorinated products.

The quinolones produced before 1980 are used mainly as an agent against infections of the urinal tract. The fluor analogues have a much broader application, even though their main use is in hospital infections or in case of (multi)resistance against other antibiotics. Much research has been done on use in children; application on them has been approved now.

The mode of action is fundamentally different from that of sulfas, and pens and cefs. The latter primarily attack the cell wall of the bacterium. The sulfas block the production of folic acid in the bacteria. The quinolones target the replication of bacterial DNA. They block the splitting of DNA’s double helix, the necessary first step in replication of the cell. 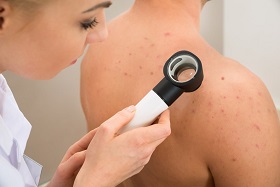 Allergies are a common side effect of most antibiotics. Photo: Shutterstock 266589974

It is interesting to check the lists of side effects of the various antibiotics. With pens and cefs, we often find mention of warnings for diarrhoea or nausea, and a list of rare side effects. Generally we also find warnings for allergic effects with all antibiotics. Possible side effects include effects on the bacterial flora of stomach and intestines, and affects on the growth of micro-organisms on all plausible locations on our bodies (mouth, skin, genitalia etc.).

But then, if we check for side effects of other products, we see tables coming with up to dozens of (possible) adverse conditions. Tetracyclines show the same warnings as pens and cefs; but in addition to those, warnings on sunburn (over sensitiveness to light), discoloured teeth and slow bone growth in children. In addition to that, several dozens of possible undesirable effects.

Macrolides/erythromycines carry a warning for people with a heart condition; effects on the electric impulses of the heart. In sum, there is mention of some 30 possible side effects. Prominently among them liver problems. These primarily concern problems with the metabolism of a whole series of other medicines; with the effect that warnings are issued for combination with several dozens of various agents.

Streptomycines cannot be administered in the form of a pill. They can damage kidneys and ears, primarily, and can have unfavourable effects on the nervous system of the muscles. Here, we find up to 40 possible side effects. Sulfas also carry a long list of such effects with them – very long indeed. Among them are serious conditions like acute allergies, toxicity for the liver, anaemia, and some 60 other possible problems. And there is a long list of unfavourable combinations with other medicines.

Likewise with the quinolones

Even the quinolones, originally targeted as the successors to pens and cefs, carry quite a number of problems. Even more so, resistance often pops up, and quickly so (also because of exuberant use in veterinary practice). Some side effects are really dangerous. Quinolones have all the side effects of antibiotics; allergy to them can be quite serious. And specific to quinolones are the possible damage to tendons, the connections of muscles to the bones. A notorious effect is the possible breaking or snapping of the Achilles tendon, particularly in children and the elderly. Possible serious problems, in addition to that, are neuropathy and toxic psychosis (getting mad because of intoxication). Maybe even more serious because we can suspect underreporting. Quinolones carry the longest list of possible side effects, almost 100 in total. 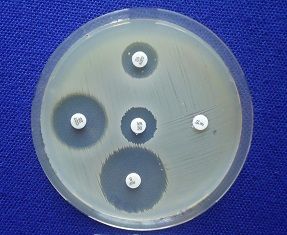 For more than 100 years the Petri dish is indispensable in screening for new antibiotics. Photo: Shutterstock 1461768122

Other candidates for succession to pens and cefs?

The short and limited success of the quinolones puts more pressure on the pharmaceutical industry to finally (end 20th century) come up with robust successors to the pens and cefs. We now know the outcome: they haven’t arrived yet. We will devote a number of episodes on this. But first, we finalize our list of common antibacterial agents used at present (apart from the big ones as already described).

Metronidazole is a separate, fully synthetic antibiotic, discovered in the fifties and on the market from the sixties onwards. It is applied on microorganisms that can survive in the absence of oxygen (anaerobic); like the organisms that cause ulcers, diarrhoea caused by giardiasis (an infection of the small intestine), the venereal disease trichomonas and the infamous hospital bacterium Clostridioides difficile. The latter organism is present in almost all humans and is a member of the common intestinal flora. But overproduction of the bacterium will cause diarrhoea. Faecal transplantation appears to be an effective solution as well. A modern alternative is fidaxomicin, a member of the macrolides/erythromycines family.

Nitrofurans are fully synthetic as well, and they also date from the fifties. Their applications are almost exclusively in the realm of treatment of the urinal tract. These substances are still much in use for veterinary purposes, and in agricultural chemicals. The list of possible side effects is long, the side effects themselves are often serious. These medicines had almost been taken off the market, but because of resistance problems with many other agents they are on the rise again now. Therefore, reports on cancer caused by nitrofurans will appear in the press once more. Other serious side effects can be damage to the lungs, neuropathy, skin inflammations, destruction of blood platelets and liver damage.

Rifaximin, a semisynthetic representative of the macrolide family. Introduced on the market early this century as a cure for traveller’s diarrhoea.

Linezolid has been introduced on the market by Pfizer with much fuss; supposed to be an antibiotic agent with a lot of potential and applications. Even though it has only been accepted by the FDA as an agent of last resort if all other antibiotics fail; including vancomycin that has been recommended itself as an agent of last resort. In 2009, after a 4 year battle and a $ 2.3 billion fine, Pfizer finally abandons its misleading practices. Linezolid is now included in the list of medicines to be used if all other medication, with special reference to vancomycin, doesn’t work. A dangerous side effect is the interaction with serotonin with possible bizarre psychiatric consequences. On the other hand, linezolid is available worldwide now as a generic agent at low prices – produced by an Indian company.

So far, linezolid is the most successful representative of the oxazolidinones, once thought to be potential successors to cefs and pens, just like the quinolones. From the fifties onwards, they have been researched by Dupont in the US, with positive results in 1978 and 1984. But the development stagnates because the agent damages the liver. In the nineties, Pharmacia & Upjohn (now a subsidiary to Pfizer) continue this research. And in 2000, Linezolid is approved of by the FDA.